How this serial entrepreneur is making engineering students employable 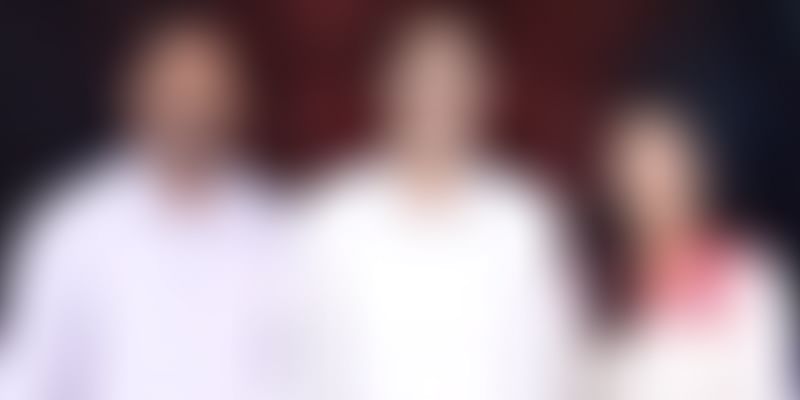 Twenty-year-old Shubham Joshi graduated from an engineering college in Nagpur last year. Despite being a topper, he finds it difficult to get a suitable job. Every year, more than 1.5 million students graduate from engineering colleges and universities in India. And yet, they aren’t believed to be suitable for a software engineering job.

The reason being they aren’t equipped with the skills needed by the industry. Also, most organisations need professionals who can perform on-the-job without extensive training. To solve this pain point, Arun Goyat started CodeQuotient, a coding school that prepares students to join companies as software engineers.

The company was started with an idea of providing students the opportunity to gain both practical and hands-on experience in software design and development. There is no upfront fee for the programme. The programme demands fee only after a student is able to get placement. A certain percentage is deducted from the student’s first year salary.

The programme is currently open to B.Tech, M.Tech (CSE/IT/ECE) and MCA students only and they are selected after a technical test and interview. Although this was Arun’s second startup, he nevertheless needed the money to setup the training infrastructure and getting the initial set of students.

In order to get the ball rolling, Arun presented the concept of his school to the Department of Computer Science and Applications at Kurukshetra University, and started the first batch with five students in April last year.

The world of skilling up

The team claims to have selected 40 students out of the 250 applications that they received. They claim to have trained over 55 students, of which 48 have been successfully placed.

Skill-based edtech startups have become the prime focus. Research shows that over 80 percent of engineering graduates are not only unemployed but are actually unemployable according to corporates, who find that they lack the necessary skill sets.

Shagun Bawa, Co-founder and COO of InvertEDI, says that they have hired a few resources from CodeQuotient. And what stood out was the fact that Arun went out of his way to ensure that the recruits were familiar with their technology suite.

The programmme starts with a deep dive into the fundamentals of computer science followed by a full-stack development where students learn front-end and back-end web development. They learn web technologies including HTML5, CSS3, Javascript, Node.js, Express.js and MongoDB.

In the project phase, students work on industry level projects and implement all they have learned in the course.

Our project-based learning approach gives students the opportunity to explore problems and challenges that have real-world applications. Our focus in on teaching problem solving and not just specific programming languages or tools.

By the time they complete their training they have built at least two production-ready applications using the latest technologies. The team also works with employers as a sourcing partner.

Rahul Kamboj, a software engineer with BetaOut.com, says he learnt more practical implementation during his four months training at CodeQuotient than he did during my entire four years at college.

George Joseph, the Head of Operations, joined in the core team of CodeQuotient. He has over 12 years of experience in sales, operations and relationship management. He has worked with WizIQ.com, American Express and MakeMyTrip.

The platform intends to reach out to more students who are interested in coding and want to make a career in software development. The team is looking at the average salary of the student as their primary growth metric.