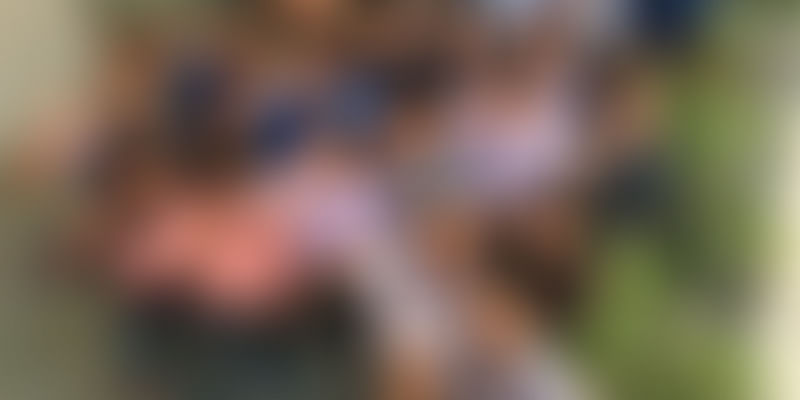 Anupriya Kumar, an ophthalmologist practising her trade from a rural location in Madhya Pradesh, came across a complicated case. She wanted to discuss it with other people from the medical fraternity. She posted the case on Curofy, a social media platform for doctors, and discussed it with some of her peers, before finally referring it to one of the doctors whom she thought gave the best opinion.

Dr Amandeep Singh, a Chandigarh-based doctor who has been actively using Curofy and is a top contributor on the platform, says, “It is a good platform for social networking. There is knowledge sharing, which has helped me a lot in expanding myself. A lot of doctors share recent advances, which keeps us up to date. It is a good alternative to social media sites as it helps us network as well as gain knowledge."

Back in 2012, three engineering students at IIT Delhi, Nipun Goyal, Mudit Vijayvergiya and Pawan Gupta, had a stint with entrepreneurship when they started a medical tourism platform. This proved to be a considerable learning experience for them.

Three years later, when the trio planned to start a new business, they decided to build a platform in the healthcare segment.

They concentrated on doctors, and built a product to help doctors interact and collaborate with each other. Doctors, as part of their profession, need to be in constant touch with each other, but there wasn’t a platform available where they could easily and securely connect and communicate without getting spammed.

The platform is 18 months old and has witnessed many highs and lows over the course of its journey. The company has grown from 8,000 doctors to more than 150,000 doctors from across more than 1,200 towns and cities. It claims to grow 20 percent month-on-month in terms of new users registering on the app. The app has about 75,000 monthly active users who spend more than 35 million minutes on the app, discussing more than 10,000 new cases, every month.

“The focus has been to provide value to doctors for every minute of their time spent on the app. We have built a strong relevance algorithm that helps doctors see content only related to their areas of interest. We continuously analyse data collected by various in-app and outside app channels and improve the product accordingly,” says Mudit Vijayvergia.

Mudit has a degree in Chemical Engineering, having graduated in 2013. He worked in a pharmaceutical consulting firm, Axtria, for a year before starting Curofy.

In October 2015, the platform secured an undisclosed amount of funding in its pre-series A round from Roudglass Partners.

Earlier, when the platform was launched, there was just the solution designed for doctors. The revenue model was yet to be laid out.

On the revenue model, Mudit says that the effect of connected doctors would only show when they had enough doctors from various specialties on the network. “It took us lot of time and convincing to seed the initial 1,000 doctors on the app. Once we reached there, it started picking up at a good pace by itself. Doctors started talking about the app in their community.”

After a year, a healthy community of doctors was built up on the platform. Now, monetisation was the next step.

The platform has tied up with over 20 clients, including hospitals and corporates (pharmaceutical and medical devices companies.)

These corporates suggest relevant ads on the platform. Hospitals registered on the platform have job listings for doctors. All these clients go through a paid registration to get onto Curofy.

According to the platform, it aims to keep improving its core offering for doctors and help them in all aspects of their practice, including knowledge, reputation, finance and resources.

Curofy plans to conquer the Indian market first before going on to other markets. It has already started running pilots in Turkey, Saudi Arabia, Lebanon and Nigeria. It plans to have 1 million doctors on the app in the next two years.

“We want to lead the way in making healthcare marketing efficient by building products that can be used by various stakeholders in the industry to reach out to doctors,” says Mudit.

Other players in the market

According to experts, in the healthcare industry, which is projected to reach $280 billion by 2020, the scope of digital marketing is increasing enormously.

In the US healthcare market, marketers were estimated to spend $1.64 billion on paid online and mobile advertising in 2015, up from $1.43 billion in 2014. This spending will rise to $2.55 billion by 2019, according to a new eMarketer report.

Amidst such projections, doctor-centric healthcare platforms are also riding the changing trends in India.

Daily Rounds, Buzz4health and PlexusMD are two of the other social platforms for doctors.

Daily Rounds has raised a seed round of $500,000 from Kae Capital, Teruhide Sato and GSF. Curofy raised angel funding to the tune of $150,000 to $200,000. PlexusMD primarily focuses on the jobs aspect, with the networking platform being secondary, to maintain and engage a community.

Technology and innovation today are making most tedious offline processes easy. From booking appointments to meeting a doctor to consulting for a primary healthcare check-up, startups have started to create impact.

Gurpreet Singh, Founder, Roundglass Partners, says that in the rapidly evolving and complex field of medicine, there is a strong need for collaboration among doctors in order to coordinate patient care. With the rapid pace of medical advancement, it is challenging for practicing physicians to stay informed on the latest methodologies and research while simultaneously connecting with colleagues to share best practices. The Curofy app, with its behaviour changing approach, is revolutionising digital health by making it easy for physicians to share knowledge and holistically manage patient care.