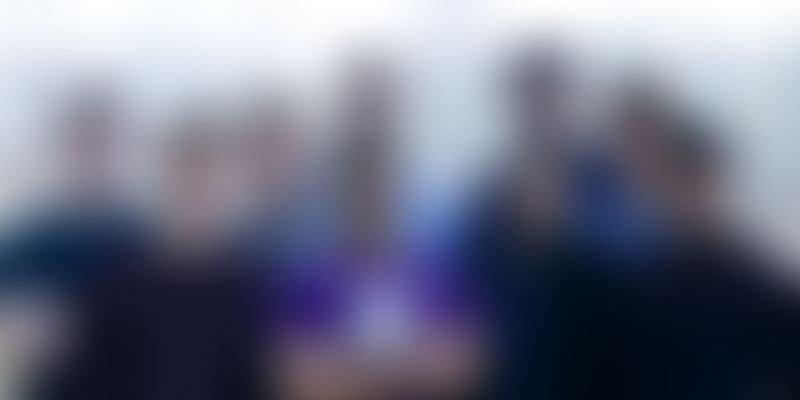 Hubble is an online market space to find affordable flexible office spaces in London. Users can either put up their spare and unused spaces, or rent them out. The idea came up when founder Tushar Agarwal, who used to work for an investment bank, noticed that large portions of his clients’ working spaces were being left unutilised.

At the same time the number of startups and freelancers in London is increasing each year. In 2015 there were more than 200,000 new companies founded in the British capital which also hosts around 53 percent of all the registered freelancers in the UK. On top of that, rental prices in the city are among the highest in the world.

Once Tushar learnt about this, he decided to quit his job and applied to the Entrepreneur First (EF) accelerator programme, where he met his co-founder Tom Watson. The idea was to disrupt the market by offering working spaces at a much lower price than the market average.

The first step was to get the right people on board. The duo received the initial funding form EF and a further round from other investors, which allowed them to put together a team of 11. The common denominator among all the members is a great passion for startups. On the company website Varun Bhanot, Head of Business Development at Hubble, explains how he joined the team in these terms: “I stumbled into Tom and Tushar on my weekly trip to the Job Centre and McDonald's. They said they were starting the next Airbnb so I climbed aboard. Filling office space is better than McNuggets anyway. Bang Bang!”

In 2014 Hubble was launched and so far they have had about 5,000 users, most of whom are tech start-ups, freelancers, creative agencies, and consultancies. The main benefit is that the platform offers a win-win deal both for those who upload their vacant working spaces, to considerably increase their income; and for the those who rent them out, who pay less than the average market prices. Hubble charges five percent of the monthly rent vis-à-vis the regular 10-15 per cent.

When users looking at renting a working station find what they need, they sign an agreement with the provider and with Hubble. “We’ve brought the entire process from searching, to booking, to paying, to doing all the legal and accounting procedures online,” says Varun. There are three sources of office spaces on the website. Most of them are provided by users who upload their vacant desks directly on the platform; some come from traditional provider companies, while some are scouted by the Hubble team itself.

Varun says that there is no other platforms in London that provide flexible working positions. “Main competitors are traditional brokers,” he explains, “But they’re not generally interested in startups and independent workers because they are after higher commission which they can get from big office spaces.”

Moreover, Varun adds, “We found that the property market in general is not very transparent. It’s difficult to find suitable place and pricing and to be able to compare different options. So, every space on our platform would have updated costs of all the spaces and unlike other property providers, the price is upfront with no need for any application to see it. Also, all the spaces are managed directly by the host, so we’re not like an intermediary or brokers who are managing it. Finally, because it’s a technology market place, you completely compare and contrast via the search function very easily.”

Hubble has started in London with the intention of staying there. In fact, Varun shares, “London is the largest market in the world when it comes to flexible office spaces and it’s worth around £25 billion.” He also adds that there is a lot to do yet, for example they are planning to expand the service to cater also to SMEs and larger companies.

Yet, not all comes easy, as Varun explains. He says that, “Educating people about what we do is a challenge. Going to a traditional broker has been the way to go for decades, so establishing a completely new method is difficult.” To cope with this, the team started creating a lot of online content, which is mainly published on their blog, to spread awareness online. Moreover, the tech team at Hubble has created a widget that allows users with vacant office spaces to calculate how much they could earn by renting them out.

In London, where the average monthly price for an office desk in the startup-dominated Shoreditch is £350 (more than Rs 31,000), renting out vacant working stations is definitely profitable. For low-budget startups, however, opting to set up their headquarter in a different city may be more practical.

To learn more about Hubble, check their website here