Meet the UN Young Leader from India, who has served over 1.35 million meals to the hungry 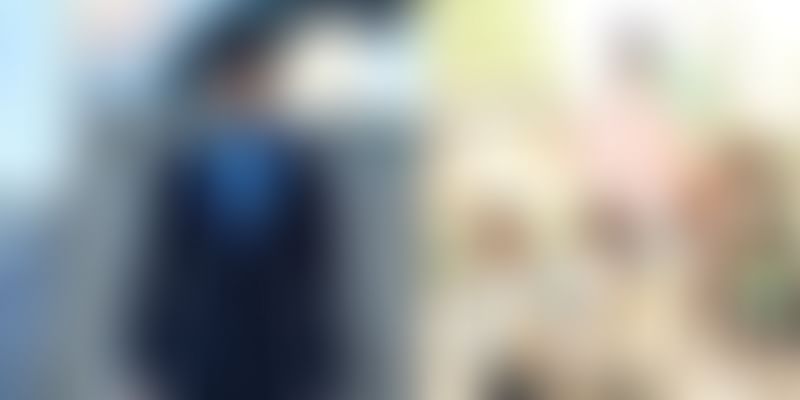 With the simple idea of acting as a bridge between hunger and food wastage, Ankit Kawatra started Feeding India in 2014, when he was 22. The not-for-profit social enterprise aims to solve the problems of hunger and food wastage in India. Till date, Feeding India has served over 1.35 million meals to those who need it. In doing so, it has saved over Rs 3.75 crore worth of food from going waste.

The organisation’s working model is simple. Those willing to donate excess food can reach out to Feeding India via its 24/7 helpline, mobile app, or email. The excess food is then collected from individuals, weddings, or restaurants and served to those with no access to food.

Globally, hunger kills more people than AIDS, malaria and tuberculosis combined. Poor nutrition causes death of nearly 31 lakh children every year. Worldwide, 16.1 crore children suffer from hunger and malnourishment. According to the United Nations Food and Agriculture Organisation, about 79.5 crore people, one in nine of the global population, suffer from chronic undernourishment.

In the region of Southern Asia alone, which includes India, Pakistan, and Bangladesh; an estimated 27.6 crore people suffer from chronic undernourishment. With more than 20 crore people sleeping hungry every night, India has the highest number of undernourished people in the world.

What makes the problem of hunger even more ironic is the amount of food that gets wasted. Globally, 40 percent of all food produced, approximately 1.3 billion tonnes, goes waste. The amount of food lost or wasted every year is equivalent to more than half of the world's annual cereals crop grown.

Food waste is heavy on the environment too. Almost all the food that is wasted is left to decompose out in the open, leading to emission of methane and other greenhouse gasses, contributing significantly to global warming. Although the problem of food waste in the developed world is much higher, food wastage is common among the privileged classes of developing countries as well.

Two years ago, when Ankit was at a grand wedding in Delhi, where more than 35 cuisines from all across the world were served, he was curious to know what happens to the leftover food .

Ankit checked with the caterer, only to find out that all the extra food, enough to feed almost 10,000 people, will be thrown away.

It was this moment of realisation that changed his life forever. Over the next few weeks, Ankit tried to convince his friends and colleagues to join him in collecting extra food weddings, parties, canteens, restaurants, etc., and donate them to those who need it.

Ankit was working for a global business advisory firm, a job he soon quit. Starting with a team of five volunteers in Delhi, Ankit launched Feeding India. He partnered with caterers in the city and started donating their excess food to beneficiaries who could not earn for themselves.

Over the past two years, Feeding India has run several projects. These projects are directly solving the problem of hunger and malnutrition in India by serving meals to those in need, others are aimed at spreading awareness.

Feeding India runs a 24/7 refrigerated vehicle which moves around Delhi collecting and donating excess food. The organisation has also adopted many donation centres, self-run schools, and shelter homes for children, senior citizens, and disabled persons across different cities, where nutritious and well balanced meals are provided on daily basis.

Along with food collection and distribution, Ankit and his team have also organised hyperlocal donation drives; and engaged with celebrity chefs like Ritu Dalmia and Manjit Gill, TV personalities like Mayur Sharma (from Highway on my Plate), food bloggers, and restaurateurs from across the country, who have come forward and urged their followers to not waste food and donate the excess to the needy.

Feeding India is run by over 2,000 self-motivated volunteers spread across 32 cities, who work tirelessly to run the complex supply chain mechanism. Ankit, who takes great pride in his volunteers, says:

“I see Feeding India as an organisation where people solve problems of the people. The volunteers are essentially at the foundation of the organisation and more like family. We receive volunteer applications through social media, website, etc., and recruit people in as Hunger Heroes or Super Heroes. While Hunger Heroes volunteer for donation drives whenever they can, Super Heroes are more deeply involved. They work for one of our departments in addition to volunteering for donations.”

Ankit was recently selected as one of the 17 UN Young Leaders for its Sustainable Development Goals. He was selected from more than 18,000 nominations from across 186 countries. Ankit recalls the experience of being at the UN Headquarters, alongside Presidents, Prime Ministers, and global CEOs saying:

“I was able to voice my thoughts and represent my country. I was really inspired to know about the work of the other young leaders and also got the opportunity to exchange ideas with top global officials. My selection from so many people is an absolute privilege. It also brings a sense of responsibility to increase impact through my existing work and advocate for global goals that affect each and every one of us.”

Speaking about his future plans, Ankit says, “I wish to eliminate hunger and make sure that the next generation reads about hunger in history books.”

Currently, Feeding India is celebrating the World Food Day with a 10-day long #BeAHungerHero campaign. Last year, the organisation served 1,50,000 lakh meals in five days. This year their target is one million. The campaign is also raising funds through crowdfunding.

Feeding India aims to serve 100 million meals by 2020. In the coming few months, Ankit plans to setup sustainable feeding programmes for children in many schools. Ankit is actively looking for corporates and people who could support him in this mission.