How Bookaroo is bringing back the culture of reading among children 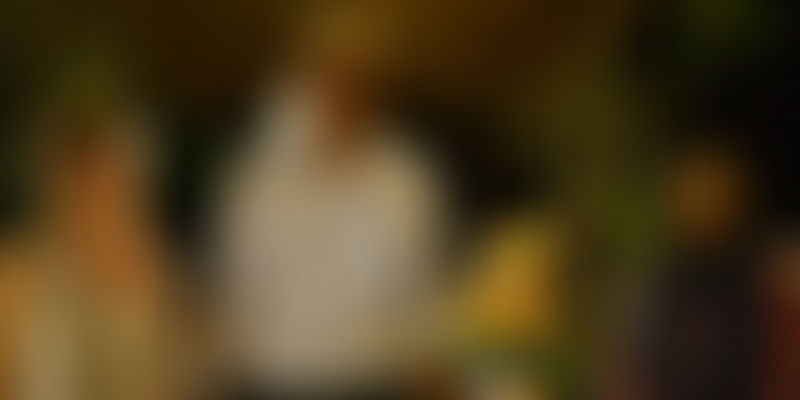 Have you heard of a literature festival for children? Yes, in these technology-driven times, there are children who still read books. And Bookaroo is popularising this trend.

Five years later, following the popularity of the book store, the duo decided to expand it further. In 2008, inducting one more co-founder Jo Williams (now 63) in the team, India’s first children’s literature festival Bookaroo was launched.

“Our aim is to bring books, children, writers, and everyone who loves books together to celebrate the joy of reading,” says Venkatesh, 52, Co-founder of Bookaroo.

He adds that the literature festival hosts a number of speakers and conducts many programmes for children. It includes workshops on various subjects, from building alien worlds to recycling paper; as well as story sessions under the banyan tree, panel discussion and puppet shows, among many other programmes.

Through the festival, children also get to meet authors, story tellers and artists. They also get the opportunity to meet well-loved children’s characters – from Horrid Henry to Elmer the Elephant, characters from the Panchatantra to Ramayana, from Taranauts to I Heroes, From Mukand to Felicia.

The festival targets children aged between four and 16 years in Delhi and four and 12 years in other cities.

So far, it has conducted eight festivals across seven cities including Delhi, Srinagar, Pune, Jaipur, Ahmadabad, Goa and Kuching (Singapore). This year, he is going to host the ninth edition of the literature festival, which is scheduled to be held on November 26 and 27.

Venkatesh adds that Bookaroo in the city ‑ an outreach programmes preceding the main festival, in which book-related activities are conducted in schools across the city ‑ is another event which is run by the organisation.

According to Venkatesh, in 2015, it has featured over 100 speakers from different countries. Last year alone, it hosted more than 51,000 children in the festival.

Talking on challenges, Venkatesh says that the continuous flow of money to sustain the organisation is the biggest challenge. Sponsorships and donations are the two business models through which the trust sustain itself.