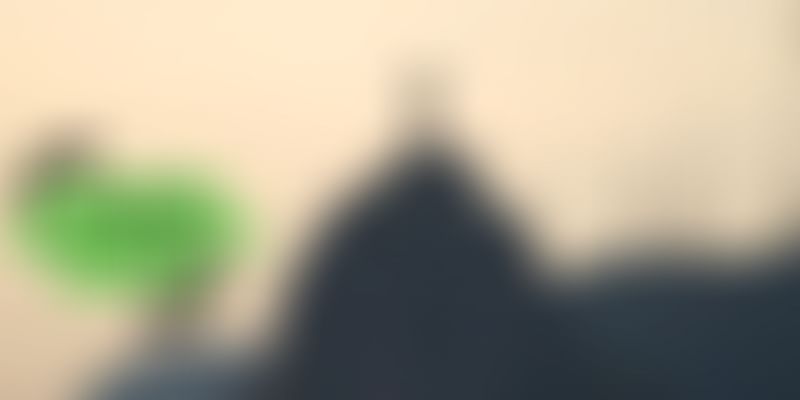 Brazil’s National School Feeding Programme (PNAE), the second largest in the world, provides meals not just to school children but indirectly to millions of local farmers. Started in 1954, the primary objective is to fight child hunger and malnutrition, and increase education levels. Over the years, the programme expanded significantly to now feed 45 million children as well as help small farmers improve their economic status. How does it ensure the latter? In 2009, a law was passed making it compulsory for local governments to spend a minimum of 30 percent of their school meal budget on food commodities from small farmers. This step has helped schools to obtain fresh, more nutritious food from local fields and also opened up farmers to structured demand.

Structured demand guarantees large yet predictable sources of demand to small or marginal farmers, thereby giving them security of income. Under PNAE, family farmers and famer cooperatives make a contract with the government for a stipulated amount of produce at a fixed price in advance. Farmers negotiate directly with local authorities, eliminating their dependence on middlemen. Additionally, with proof of fixed yearly income, they can now apply for credit, invest in better farming technology and even obtain formal land title deeds to lands they previously leased from the state. The programme is also encouraging more farmers to hold on to their land and continue farming instead of migrating to cities in search of other employment. According to a report by Thomson Reuter Foundation, due to the priority given to farmers under this programme, their income has seen a considerable rise over the past few years.

Though not all cities have reached the 30 percent benchmark, and cultivators in extremely backward areas are unable to be a part of the programme due to a lack of investment capital, the substantial success of PNAE brings to question if such a project can benefit farmers in our own country. India’s agricultural distress is a result of unrealistic policies, poor investment and lax implementation of relief schemes. The sector runs on a system mired in corruption, skewed against small and marginal farmers in almost every possible way. Hence, implementation of similar rules under our mid-day meal plan might work in the favour of marginal cultivators.

Farmers in our country are at the mercy of unstable international markets and price fluctuations. Providing to local schools will bring in much needed and steady income. However, the supply chain, which is an intricate network of middlemen who buy and sell agricultural produce at manipulated prices, will be a major roadblock. Farmers find it increasingly difficult to cut out middlemen and trade at fair prices. Local governments have to deal directly with farmers and ensure that they are not cheated. States and the Centre presently set aside a particular quantity for mid-day meals, from the food procured through agricultural produce market committees (APMCs) to be sold in markets or distributed through the Public Distribution System (PDS). But it is widely known that APMCs, though government run, do not protect farmers from exploitation and are in fact the source of middlemen and often corrupt officials. Therefore, it would be ideal to not task APMCs with the job of buying commodities from farmers for the school meal programme.

Following the cooperative model would be better as farmers will have the power in the supply chain. A state federation of farmers can negotiate the prices with government representatives. District unions can be responsible for the procurement and delivery of produce from village cooperatives to city governments. As for local schools in villages, the cooperatives themselves can supply the commodities based on the requirement, which is how it works in Brazil. However, the execution of the tasks involved, especially paperwork and bureaucratic relations, will not be easy to do. There has to be support from the state in the form of officials who can train and assist farmers in figuring out the logistics.

The quality of food provided to children through the mid-day meal plan has to be high, otherwise their nutritional status will not improve. The city of São Paulo in Brazil only buys organic rice from farmers despite it being 30 percent more expensive. A similar shift towards organic farming can be encouraged in our country by giving preference to farmers who produce food organically. Again, this would require research and extension to be provided by the state. Partnering with NGOs to aid farmers in the transition would be plus and also take a certain amount of the burden off state governments.

The ability to apply to loans and buy better farm equipment will also expand. Poor institutional credit supply is one of the biggest problems faced by farmers, who are forced to depend upon moneylenders. The inability to pay back such informal loans with exorbitant interest rates is the leading cause of farmer suicides in our country. But with better incomes, they will be able to avail loans from private and regional rural banks (RRBs), and even repay them on time. Furthermore, they will not lose the will to continue farming and move to cities where they have to work as daily wage labourers while living in slums or be homeless. Income security and consequently higher standards of living will make agriculture more attractive for younger generations as well.

If farmers are successfully integrated into the mid-day meal plan, cultivation will no longer be a gamble on their part. They will only produce the amount required and receive assured returns. However, the central government has to make farmer involvement compulsory for the programme. Additionally, the focus should be on small and marginal farmers and on ensuring strict monitoring at every stage of procurement and payment. Eventually, such contracts can be made not just for school meals, but public colleges, offices and hospitals as well.

Brazil’s PNAE, however, is a point of reference not just for the farm community but for the school meal programme as well. India’s mid-day meal plan is the largest in the world, feeding nearly 120 million students daily. But the scheme is not uniform over the entire country. Many schools in the most remote parts of the country haven’t received provisions for meals in several years. The quality of food in such areas is substandard as well and sometimes even life-threatening as was evident in the case of Bihar, where 23 children died of food poisoning after consuming a meal at a government school. Brazil runs hygienic kitchens with separate staff for meal preparation and teaching. Here, in India, more often than not, the teachers take care of the cooking and serving making the programme inefficient. However, the plan has definitely increased enrolment at the primary level as well as nutrition among students.

But if a school meal scheme like the PNAE has to be a success for both children and farmers, existing structural loopholes in both the education and agricultural sectors have to be plugged. There need to be enough working schools for it to reach and benefit students and cultivators all over the country. Brazil has its share of poverty and hunger to fight against but it still manages to keep the school meal plan functional. It will take a high level of commitment and capital investment for an initiative like it to take off in our country, but if the results are positive, several social and economic issues will be tackled at one go. It certainly is an idea worth considering.