The role of gender in mental welfare: Women are more likely to suffer from psychological disorders 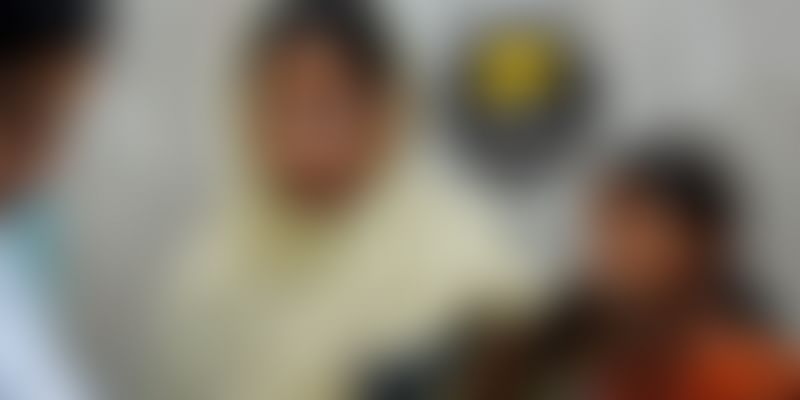 Mental illness is a major cause of disability around the world. Close to 450 million people suffer from psychological disorders globally and yet it is severely overlooked in public discussion and healthcare. Continued stigmatisation has hindered comprehensive understanding of how mental diseases affect people. While it is true that mental ailments can affect anyone, including children, doctors and researchers have identified the role of gender in enhancing vulnerability to particular type of disorder.

A research published by the American Psychological Association (APA) says that women with anxiety disorders have a tendency to “internalize” emotions and therefore become withdrawn and depressed. Men, on the other hand, “externalize” emotions and hence are more susceptible to substance abuse and antisocial disorders. However, these findings don’t mean that women alone are afflicted by depression and men by substance abuse. They are two different manifestations of mental pressure and both sexes can react either way. The reports only indicate a higher gender based risk, something both doctors and the public should bear in mind. More often than not, if men and women behave in a manner opposite to that mentioned above, they aren’t considered to be mentally disturbed and that significantly limits the scope of treatment.

A study on the differences in cerebral blood flow (CBF) between men and women finds similar gender disparities. It explains the physiological differences in the brain of males and females, and their impact on neuropsychiatric disorders. CBF increases in females during puberty but decreases in males. This variance is more pronounced in the part of the brain that controls social behaviour and emotions. The researchers say that this affects the way men and women respond to stress. Hence, it might explain why women are more likely to suffer from anxiety and depression, and men from flat affect (severe inability to express emotions) or schizophrenia.

In another analysis by a professor of psychology at Oxford University, it was observed that women are 40 percent more likely to develop a mental illness than men. Besides physiological or biological reasons, the author underlines the importance of social factors in affecting mental health. Limitations as well as expectations based on gender roles can psychologically stress both males and females. However, women have to struggle with multiple responsibilities such as taking care of children, parents or both as well as run the house, often along with work. In rural India, women have to prepare food and send children to school, following which they set out for long hours of labour work, come back home and once again ensure meals for the family. The same goes for urban women as well, especially corporate employees who have to work in an extremely stressful environment. Additionally, the strain of economic difficulties and troubled family relationships increase the burden.

Sexual or non-sexual harassment at workplace, home or in public, or domestic physical and mental abuse have a lasting effect on women. Rape, molestation and domestic violence have alarmingly high rates in the country. But it is not just the trauma of the assault that women have to endure, they are ostracised by society and even blamed for the incident. Income inequality and fewer opportunities to advance careers can also be discouraging. Women are considered to be too mild to handle demanding leadership positions but if they act strong and aggressive like their male counterparts, they are often perceived as a threat or to be unlikeable. Not to mention the fact that something as natural as a pregnancy is seen as a deterrent and women can be passed over for jobs, promotions or projects.

Hormonal changes and childbirth can contribute to mental disorders as well. For example, premenstrual dysphoric disorder (PMDD) or premenstrual stress (PMS) is common among women. Mood swings, irritability, depression etc. heighten prior to the start of the menstrual cycle and end soon after it but while it lasts, women can experience severe mental stress. Similarly, ageing and menopause produce the same symptoms but since they are considered to be normal, women do not seek professional help. Women are casually mocked with questions like “Are you PMSing?” or “Is it that time of the month?” when they are in a perceptibly bad mood. But these are serious psychological stressors that the victims cannot easily control, and the taboo surrounding both menstruation and mental health allow for such insensitivity. The chances of postpartum depression (PPD), which generally develops after childbirth, are also higher in women (men can be affected by it too). The feeling of sadness, fatigue, altered sleep cycles and eating patterns along with anxiety and poor temperament are the usual indicators. In fact, PDD is dangerous not just to the parent but the child as well, whose life could be at risk in severe cases.

A thick wall of stigma surrounds mental health in the world. Awareness and encouragement to speak up are fundamentally important to breaking it. Mental health policies shouldn’t just be about setting up facilities and training personnel but also educate the public on the dangers of ignoring psychological disorders. We have pamphlets on the causes and symptoms of diseases such as typhoid, malaria and swine flu, so why not on anxiety and depression? Schools, colleges, workplaces and public hospitals should have trained guidance counsellors to explain mental health as well as provide help to those in need of it.

Schemes and benefits that are usually provided for regular healthcare should include mental illness as well, for example, insurance cover. Additionally, therapy should be afforded more importance and medicines or extreme treatments like electroconvulsive therapy (ECT) should be used only as a last resort by doctors. Gender specific programs to address disorders like PMDD or PPD are also necessary for a holistic policy. Women themselves can ensure better mental health by following a proper diet, exercising regularly, sleeping well and talking to trusted friends or family members.

However, social environment is so intricately linked with mental welfare that unless there is a significant shift in the perceptions of people, unless women feel empowered and are rightfully treated as equals to men, the primary causes of their psychological illnesses will continue to persist. The same goes for men as well, whose mental health can just as easily succumb to pressures but are unwilling to confide in others due to stereotypes that expect them to be emotionally stronger. Therefore, for mental health to make significant progress, an accepting society and courageous victims need to evolve simultaneously.