While the unicorns make their ‘big billions’ with diwali sales, this textile startup is raising money for the Uri martyrs 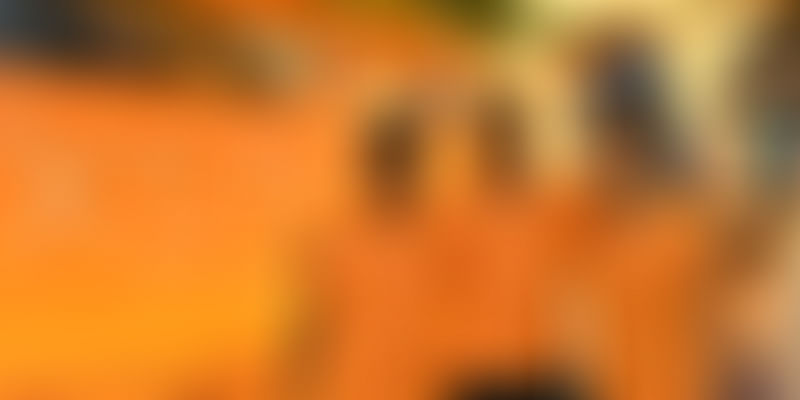 PM Narendra Modi had given a clarion call on this month’s Mann Ki Baat, to reach out to hand-woven textile weavers, revive the art-form as well as explore the 'Joy of Giving' for soldiers –especially those families who were badly hit after the Uri attack. After the call to action, Fashion retail consultant Jyoti Gwalani and curator of handwoven garments Pallavi Datta, realised that B2B marketplace XSTOK.com was in the position to do all three, and approached friend and founder Sanjiv Khandelwal. Thus, interweaving both causes such that the same project will uplift both communities – XSTOK decided to go at it all guns blazing.

Founded in 2015, XSTOK is an online B2B marketplace that facilitates medium and small size textile producers, cutters, wholesalers, retailers, traders and agents in buying wholesale and surplus stocks of fabrics, denims, home textiles, apparels and yarns. The platform desired to reach out to the families of the martyrs and let them know of the immense respect all of us feel for our Indian Armed Forces, and to demonstrate that this sentiment goes beyond just lip service. “India has a rich history of creating textiles and luxurious, handmade garments. The idea was to convert the spending during Diwali to generate funds for the families of the soldiers orphaned by the Uri attack,” says 52-year-old Sanjiv.

How the idea was spun

Sanjiv Khandelwal evaluated that they had the technology in place to hold online auctions and had smoothly executed 700 auctions till date. So, they zeroed in on the idea of “Weaves of Gratitude” – an online auction that will house over 50 exclusive, handwoven garments from India’s most stalwart designers, to worldwide bidders, priced in the range of Rs 5,000-Rs 50,000.

Ideated and implemented by them over the past fortnight,the designers they approached were convinced of the merit of this cause immediately, and agreed at once to pay their respects and show their solidarity for the army. The master-weavers,who will be exhibiting, are Rohit Bal, Eka, Gaurang, Jade, Melange store, Anavila, Mayank and Shraddha Nigam, Nachiket Barve, Payal Khandwala, Pero, Rahul Mishra, Sanjay Garg and Upasana.

They are auctioning pieces – all garments for women ‑ that are generally not available in the stores.The designers will also re-size the pieces to the specifications of the customers, if required. The garments will be directly couriered by the designers.

How you can participate

The auction will be held on a special section created on XSTOK from 5:00 pm October 27, till 5.00 p.m. October 28. Interested bidders must go to the website, register, see the garment they like and quote an earnest sum against the selected garment. Each garment will have a base price and will not be sold below the base price. The buyers will then proceed to bid for the garments they have selected.

The auction is open for 24 hours to enable Indians as well as NRIs to participate. There is also the provision for one to donate an amount directly, if one does not wish to buy but desires to pledge their support. There will be no restriction upon that amount.

While XSTOK has amassed over 750 premium suppliers like Arvind, Welspun, Nahar, Oswal Denim, D’Décor, Trident and Mafatlal, to name a few, and nearly 12,000 registered buyers who have transacted orders worth Rs 3 lakhs to Rs 1 crore, this will be their first foray into the B2C segment. “Our target audience is someone who has the aesthetic ability to appreciate handwoven textiles and exclusive handmade Indian garments created by top-notch Indian designers, and we used all forms of media – traditional as well as social, to spread awareness,” explains Sanjiv.

The collections at this auction will be distributed equally amongst the 19families of the soldiers who were martyred at Uri. Axis Bank MF has also come onboard to undertake the investment needs of the families from the funds raised. “100 percent of the money will reach the families of the soldiers and all work is done pro-bono by all enablers of this auction,” he states.

“This event has immense potential to raise substantive funds. We are hoping and praying that people play fair, and open their hearts generously,” Sanjiv concludes.

The auction will be held here