BJP stands strong at the Maharashtra municipal polls even after demonetisation 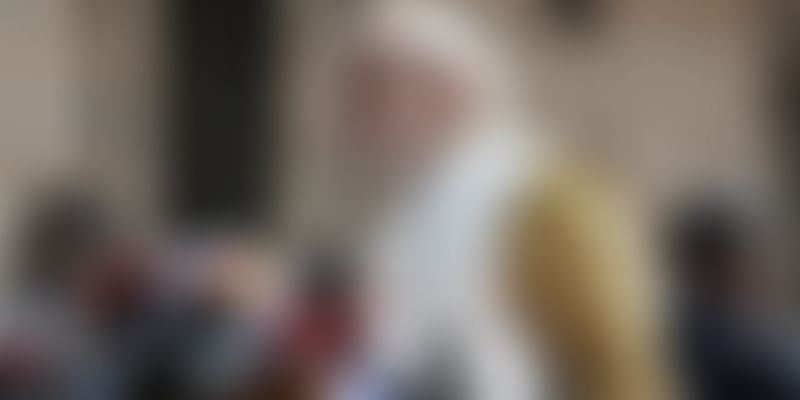 BJP today emerged as a major gainer in the first phase of municipal council polls winning 39 municipal chief's posts of the 147 urban local bodies, dealing a blow to Congress and NCP in the keenly fought elections, whose campaign centred around issues like demonetisation.

Trends and results pouring in from around the state showed the BJP making inroads into the Congress and NCP strongholds. Polls were also held for 17 nagar panchayats on Sunday. As per the trends available till late afternoon, BJP is ahead with its candidates winning 455 seats, its ally Shiv Sena with 187, NCP 231 and Congress 333.

In the last elections, BJP tally was 298, Sena 264, Congress 771 and NCP 916. However, in Parli municipal council in Beed district, Women and Child Development Minister Pankaja Munde of the BJP was outsmarted by her cousin and NCP leader Dhananjay Munde. The panel backed by Dhananjay, leader of opposition in Legislative Council, won 27 of the total 33 seats in Parliament.

I accept the people's verdict. I will analyse what went wrong and what led people to give this verdict, Pankaja said.

Elections to 147 municipal councils and 17 nagar panchayats across 25 districts in Maharashtra were seen as 'mini' Assembly polls and a test of popularity of Chief Minister Devendra Fadnavis, who led the BJP's campaign to extend his party's influence in the rural areas, where Congress and NCP has held sway for long.

Fadnavis, who entered third year in office heading the first BJP-led government in the state, had addressed around 50 poll rallies. As many as 15,826 candidates were in the fray for 3,705 seats spread over the municipal councils and nagar panchayats, where voting was held yesterday in the first phase with around 70 per cent of the electorate exercising its franchise. Polling was also held for municipal council presidents post in 147 places for which 1,013 candidates were in the race.

In all, 212 civic bodies, comprising municipal councils and nagar panchayats, are going to polls in four phases. The next rounds of voting are scheduled on December 14, December 18, and January 8. Reacting to the results, Revenue minister Chandrakant Patil said,

Terming the party's performance as "overwhelming", he said five years ago BJP was negligible in these areas and the outcome showed that people have accepted the demonetisation decision. Patil, a senior minister, said the outcome clearly showed that the performance of Narendra Modi and Fadnavis governments in the state had percolated down to the grass roots.

The Maratha agitation for reservation in jobs and education worked in favour of the BJP as the community rejected Congress and the NCP, which had ruled the state for long but did not "adressed their grievances", he said. The Maratha youth is convinced that the BJP government was addressing their issues sincerely," he said.

Fadnavis addressed nearly 50 rallies in the last leg of campaign. He explained to the people the advantages of demonetisation. There were huge applause from the audience of more than 15000. He (Fadnavis) addressed 8 rallies daily, Patil said. He said out of the 164 councils and nagar panchayat, alliance with Sena materialised in 10 places. The alliance should have been formalised much earlier and Sena leadership should have given more time to the campaign. Meanwhile congress leader Narayan Rane blamed the party leadership for not highlighting demonetisation and Maratha stir adequately.

Unless the leaders take an aggressive stand against the government and create awareness among the people, nothing will work for the party. Workers are ready but leaders are not, Rane, a former chief minister,told reporters.