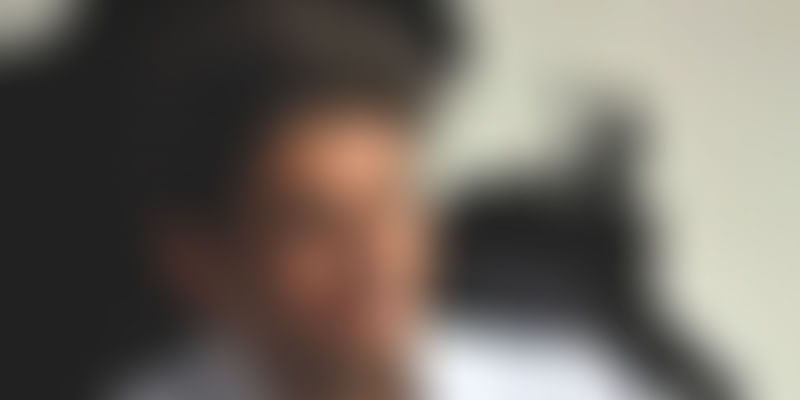 Delhi has been home to 15 dynasties and more than 100 rulers and hosts over 1,300 historic monuments, built across a huge swath of history, from the age of the Pandavas to the eras of the Rajput and Mughal kingdoms.

37-year-old Arjun Pandey has always had a deep interest in the country’s history. He has been making documentary films since he was 19 and heads “Twenty Four Frames”, a 35-year-old production house that makes documentaries, corporate films and TV series for different media houses.

During 2011-12, Arjun had a chance to visit different parts of the world. On his visit to Canada, he visited some of the nation’s historical locations and observed that the people of the country felt a great sense of pride in their monuments and were working hard to preserve them

The scene at home

When Arjun surveyed the condition of historical monuments here in India after his trip abroad, the situation seemed pretty grim. Across India, monuments thousands of years old are dying, on their way to oblivion. In Delhi itself, capital to both the India of today and several empires of the past, and host to considerable national heritage, knowledge about places of historical significance is limited at best.

Arjun decided to change that, aiming to enable the sharing of knowledge on the city’s history, monuments, and areas of interests with its inhabitants and visitors.

In November 2014, Arjun launched Delhipedia, a location-based online platform that allows travellers and explorers to take virtual tours through short videos of various places in Delhi, and to also share their experiences through social networking platforms.

“We cover all aspects of the city, from heritage monuments and crowd-happy bazaars to the thriving cultural scene, food joints and many more. We convey this information through videos and articles. In the past two years, we have become a one-stop solution for anyone visiting the city,” says Arjun.

Arjun did his Economics Honours from Delhi University. In 2005, he won the President of India’s National Award 2005 for the ‘Timeless Traveller: Horseshoe Crab’. In 2009, he won the United Kingdom Environment Film Fellowship for his film ‘India’s Climate Fever’, which looks at the impact of climate change on human health.

Over the past two years, the platform has overcome many challenges to reach its present stage.

Arjun says that building a strong team was a monumental task. The platform demanded passionate people, and it took some time to find them. Today, it has an 11-member team in content and video creation.

Delhipedia has over 200 videos and articles available across its various categories.

According to Arjun, on a weekly basis, around 250,000 users hit the platform, a majority of them being foreigners.

After two years in the business, Delhipedia is looking forward to revenue generation.

“We are looking at various channels for revenue generation, such as advertising, content sponsorship and content monetisation. This month, we clocked our first set of revenues,” says Arjun.

Another source of revenue is the Delhipedia Diary, which features facts regarding monuments, the various modes of transportation, local food and midnight food joints, different kinds of language and slang, seasons and the green zone of Delhi. The book also includes information on the city’s haunted places. It is available in bookstores and on some online websites. Around 10,000 copies were already released by DTTDC and the Delhi Government, in January 2016. The diary is available online for Rs 500.

The local discovery market seems to be heating up.