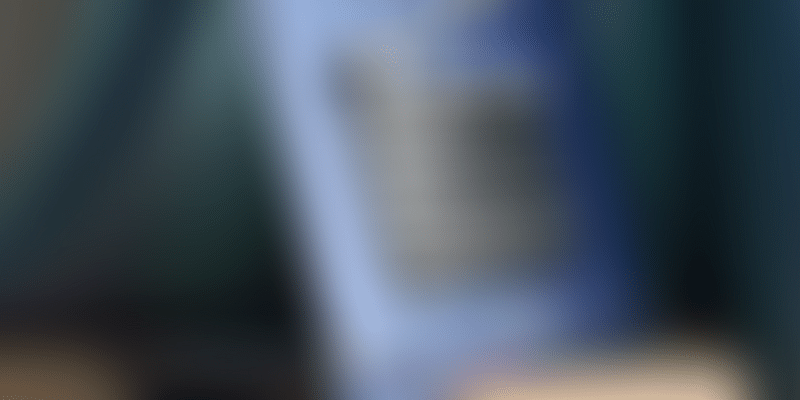 I recently got the opportunity to be part of a software building contest organised by my company. My team and I had been in such contests earlier too, but this time we also had to make a short film about the software and submit it to the panel as our contest entry.

Once we completed the software, we kept aside one day, assuming that would be enough to make a five-minute film. After all, we had all watched numerous films in theatres and in our homes and it did not seem too tough a task. But here is where we ended up — it first took us one week to decide on the theme, finalise the location, arrange a professional camera, and schedule the shoot ensuring everybody’s availability.

After that, it took us another week to write the complete script, coordinate among team members, and shoot raw scenes. One more week was spent on editing and adding background score, titles, and effects. So overall, it took us three weeks to make a five-minute film that we thought would take only a day. This led me to think about what would happen if an entire film had to be made with cast and crew members, locations, dialogues, situations, and so on. What level of planning would it require? Do filmmakers follow some process? How do they manage it? I had a lot of curiosity and I started reading about it in my spare time.

The more I read about it, the more complex it appeared to me. Filmmaking is not as simple as it appears from the outside. It is the result of thorough planning and sheer hard work in executing the plan and requires dedicated teamwork. Having been in the software industry for a long time and having recently begun reading about filmmaking, I have been able to identify a lot of similarities between filmmaking and software development.

The process of filmmaking is agile. In the context of project management, the word ‘agile’ denotes something that is characterised by the “division of tasks into short phases of work and frequent reassessment and adaptation of plans.” When the script (requirement) is ready, they divide it into small pieces (story) and put them into schedule (sprint). The director (product owner and project manager) keeps track of items (backlog) and keeps submitting it to the production house (customer) to get it assessed. You may also notice pair programming in some of the aspects of filmmaking like direction, choreography, and music.

Films are modular and maintainable. Each component of a film has a separate existence and all such components are plugged in with each other to make a complete film. If they have to modify any of the components, e.g. scene, sound, language, subtitle, etc., then they do so without affecting any other components. For instance, when a movie in one language is dubbed into another language, they just work on the language part and then plug in the new language into the rest of the components to create a film in a different language.

Filmmaking needs planning, efficiency, and processes. Filmmaking is very complex but the right planning makes it possible. Also, in filmmaking, every resource, including budget and time, is limited. In fact, they don’t get dedicated team members — each cast and crew member is involved in more than one assignment at a time. The set, shooting location, and studio are all available for a limited time. You have to be highly efficient and process-driven to complete the given work within a given deadline and budget with the given team and resources.

Any schedule slippage or estimation variance will cost the production house, and that is not permitted. Also, they generally shoot scenes in an order that's different from the sequence in the script and it must be tracked and documented throughout the making process. Where in the story are they located? Is an actor reacting to something that hasn't happened yet? Is a window on set already broken? What time was the wall clock showing in the previous scene? If you get lost for a moment and don't remember what came before and must come after, you will end up with something you hadn't wished for.

Innovation and technology are necessities for filmmaking. Like in the software industry, film technologies keep changing and film crews must keep up with the pace. From still to motion, from silent to sound, from black and white to colour, everything was possible because of the new technologies and innovations in the industry. Film technologies keep evolving and helping the industry offer fine picture quality, better special effects, superior sound quality, and curb piracy. However, sometimes, new technologies and innovations are needed not to achieve better results but to achieve the same results on lower budgets.

Apart from hard skills, filmmaking must need soft management skills too. Director Danny Boyle says, “95 percent of your job is handling personnel. People who’ve never done it imagine that it’s some act, like painting a Picasso from a blank canvas, but it’s not like that. It is mostly about handling people’s egos, vulnerabilities, and moods. It’s all about trying to bring everybody to a boil at the right moment.

Our main job is to hire talented people and get the space right for them to work in.” This also entails organising the film unit in such a way as to achieve their vision, getting the best out of them, and sometimes (in fact, most of the time), handling their conflicts too. This requires skills of group leadership, as well as the ability to maintain a singular focus even in the stressful, fast-paced environment of a film set. A director — the film’s project manager — needs to be flexible enough to deal with unexpected challenges and be open to suggestions that could make the product better.

It's not rocket science but it is hard. It needs planning, processes, leadership, people management, time management, creativity, innovation, technologies, budgeting, marketing, problem solving, and so much more. Filmmaking demonstrates an excellent project management technique to learn from. It’s the finest case study.

As an audience, I enjoy films. As a project manager, I admire filmmaking.