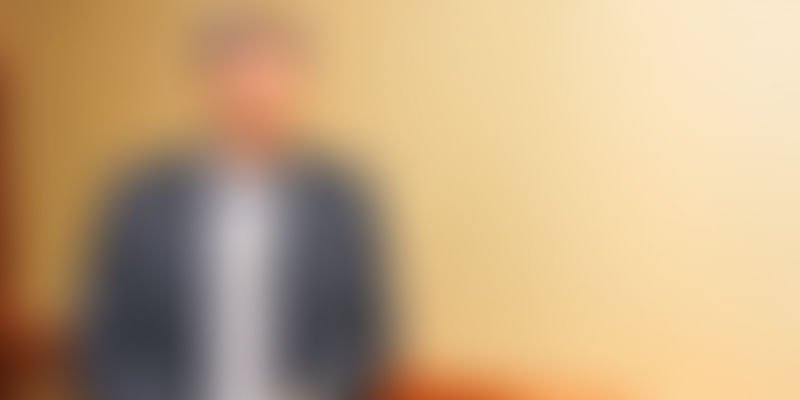 It was in July this year that Benjamin Joffe, Partner at the Chinese hardware accelerator HAX, met Arvind Tiwary, Chair of TiE IoT Forum. Benjamin realised the need for building a connection to locally help and prepare startups in India, and finalised an MOU with IoT Forum.

As a part of this partnership, HAX and TiE will collaborate in market assessment and technology assimilation, covering a range of IoT segments. IoT Forum will coach and help HAX select Indian startups for their programmes.

“I came here to announce the partnership; it will give us access to a number of IITs, as well as the hardware ecosystem in India. We hope that, from next year, we will have more and more Indian companies to invest in across different categories,” says Benjamin.

Started in 2011, HAX is an accelerator and $250 million global fund for hardware startups. It has, till date, invested in over 200 startups across the five categories of robotics, health, lifestyle, infrastructure and fabrication technologies. The success stories of HAX include robotics companies Dispatch, Simbe and Makeblock, and CHIP, the world’s first $9 computer.

HAX startups have succeeded in raising funding from top-tier investors like Sequoia Capital, Khosla Ventures and Andresen Horowitz. Moreover, HAX has made its mark as the most active investor by carrying out 70 successful crowdfunding campaigns, with an average funding of over $400,000, eight of which are among the world’s top 100.

Speaking on the partnership, Arvind says,

“IoT in India, as well as worldwide, is at a nascent stage. Developing world-class IoT startups have potential as it is new worldwide; a lot of technology is just now being developed and involves both hardware as well as software. To develop best-in-class, we need to leverage best-in-class infrastructure and partners.”

Benjamin says that HAX invests in startups globally (primarily in Europe and Asia) and then takes them to Shenzhen or San Francisco to help them advance development. This year, India caught the attention of HAX in terms of innovation in the IoT market.

“I came to India last July and met a few startups, and in September, we invested in the first startup, a company called Ray IoT Solutions. Apart from Ray IoT, we have invested in another Indian startup in a programme in San Francisco.”

To be successful, startups initially have to overcome a few barriers, from the proof of concept to very early prototype and manufacturing. The second step is to turn the prototype into a product. The entire process involves prototyping, production, launch and scaling.

HAX is trying to build the full stack, which, according to Benjamin, is almost like an entrepreneurial education. He adds that if one has good engineers, it is very easy to make a prototype. And if one wants to make good prototypes, understanding the manufacturing is very crucial.

“Our purpose is to get them to understand as quickly as possible. Our objective is to help them learn in areas like PR, marketing, team and crowdfunding (for B2C startups). We have built up a lot of knowhow on how to prototype,” says Benjamin.

He cited Makeblock, one of their portfolio companies, as a prime example of a startup that has met with success under the mentorship of HAX. China-based Makeblock, a provider of various mechanical parts and electronic modules, has become profitable, and has raised funds from Sequoia Capital. Benjamin emphasised that, thanks to being profitable, they didn’t have to even touch the money they raised.

HAX follows a very stringent selection process and picks less than five percent of the total candidates who apply to the accelerator programme. The selection process involves analysing the quality of the products and the scalability plans of the founders. This is then followed by the mentoring of the startups on how to prototype faster and cheaper, and finally, the launch of the product.

HAX runs two accelerator programmes - one in Shenzen and another in San Francisco. At present, the Shenzen programme has 15 startups and the San Francisco programme has 10. Next year, HAX plans to invest in 100 startups, split evenly between the two locations.

In Shenzen, the programme happens twice in a year, and in San Francisco, which has a shorter programme, it happens four times.

“Per programme, we receive almost a thousand applications, of which we accept about three to four percent. What we look for is a team with scale, persistence and resourcefulness; they should also be coachable. Then, we look at the quality of the products of the startup, its target market and its competitive edge,” says Benjamin.

He adds, “The number of applications from India has been growing in both quantity and quality. The key trends in the Indian IoT market are IoT in Agriculture, Industry 4.0 and IoT Security.”