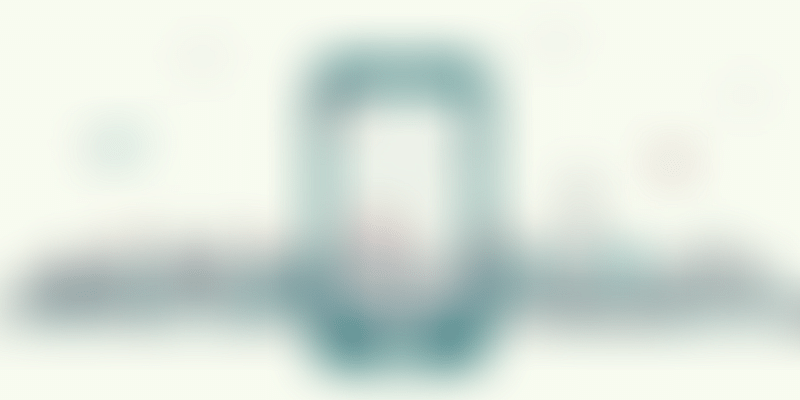 With over 230 million smartphone users in the country, India is the world’s second largest smartphone market, having overtaken the US in December last year. With increasing smartphone penetration over the past few years, we have seen an unprecedented rise in mobile-focused startups in India.

Companies like Paytm, Freecharge and Ola were started on the premise of the mobile-first strategy. And look at their growth in the last four years! They have grown at a scorching pace, and are slated to grow even faster as more Indians take to smartphones in the near future.

While Bengaluru is hailed as the prominent startup hub, Delhi has produced several mobile-focused companies, Paytm, Snapdeal, Grofers and Urbanclap among them. Following in the footsteps of these leading startups, several NCR-based entrepreneurs are toiling to cater to smartphone users. Since MobileSparks is around the corner and this edition is being held in Delhi, YourStory is showcasing the top 11 mobile-focused startups from the capital. The list covers startups from the early to mid stages.

Railyatri: Founded by Kapil Raizada, Sachin Saxena and Manish Rathi, RailYatri aims to change the ecosystem of train travel in India. The travel app provides comprehensive information on trains, passenger amenities at stations, platforms and the speed of the train, along with personalised alerts via mobile app, mobile web and SMS. The three-year-old company had secured funding from Nandan Nilekani, Helion Ventures, Omidyar Partners and Blume Ventures.

Mypoolin: Mypoolin is a mobile peer-to-peer and group payments social network that helps people plan and pool money together for movies, events, parties, group-gifting and trips. Incubated by Investopad since its inception, MyPoolin has raised seed funding from a group of angels, including the likes of Sharad Sharma, Rajan Anandan, Sunil Kalra, Amit Ranjan and others.

1mg: Started as HealthKartPlus in 2013, 1mg now aims to be the one health app for all consumers. The Gurgaon-based venture has amassed over five million app downloads and 25 million monthly page views from over two million unique providers. The company claims to have grown by 600 percent over the last year in terms of app downloads and user engagement. Earlier in April this year, it had raised a Series B round led by Maverick Capital Ventures.

Scanta: Scanta is an augmented reality-based marketing solution. The company intends to bridge the gap between virtual and real life, and claims to accomplish this through innovative and interactive user experience.

On the business side, Scanta is an exciting new-age marketing solution that gives brands an opportunity to interact with their clientele in an immersive and creative way across iOS and Android platforms. The company offers an out-of-the-league experience along with a free deal on every scan by users. It leverages cloud for updating content and detecting markers, which basically solves the problem of space and lags. While Scanta is at a very early stage, it demoed the product for YourStory’s Delhi team. The product seems to have strong elements of AR and human behaviour. It would be exciting to see how users respond to Scanta’s launch next month.

BroEx: This is an app that helps brokers find other trusted brokers with complimentary requirements and inventory, enabling deals to be closed faster and customers to be served better. The app network is being used by 30,000 brokers across cities like Delhi-NCR, Mumbai, Bengaluru and Pune. The company had raised $1 million in seed capital from Lightspeed in July last year.

Curofy: This 20-month-old startup is a mobile-only platform for doctors to connect with other doctors, seek medical advice, take second opinions, post their requirements, and read and share the latest news related to medical developments. In October 2015, the platform secured an undisclosed amount of funding in its pre-series A round from Roudglass Partners.

Lisn: Lisn is a music streaming app that provides users with a collaborative music streaming and listening experience in real-time. The app has integrated Spotify and Soundcloud to let users pick a song and, when two users are online, listen to synced music together and build a playlist of recommendations in the process. Lisn is a bootstrapped venture, and a brainchild of Vibhas Jain, Abheyraj Singh, Bhargav Sosale and Abhinav Chhikara. The founders have prior experience in developing products and in the startup space, having previously worked at companies like Housing, Paytm and Airtel Wynk.

True Balance: This startup implements the balance-touch function to report on daily usage statistics, enabling automatic balance notification management with one touch mobile recharge. The app, launched exclusively for prepaid Android users, is growing in popularity, with users routinely using it to check balance for voice as well as data usage and for selecting economically viable packs. The team claims to have 20 million downloads, with 8 million monthly and 2 million daily active users. Launched in late 2014, Truebalance is backed by Softbank.

Fitpass: Fitpass lets users work out across 1,100 gyms and fitness studios in Delhi (NCR) at just Rs 999 per month. Available on web, iOS and Android, Fitpass appears to be more cost-effective than any average gym membership, and offers flexibility and convenience to users to work out anytime, anywhere. The brainchild of Akshay Verma and his sister Arushi, Fitpass is being bootstrapped by the duo.

Update: Earlier, we have featured Haptik in the list, however it's Mumbai based. Sincere apology to readers for this lacunae.

1000+ developers, 500+ startups, and hundreds of mobile ecosystem players will come together on November 18 in New Delhi.

All you entrepreneurs in the mobile space, developers building apps for the next billion users and startups looking to showcase your app/product to the best of the best from the mobile ecosystem – don’t miss your chance.

Buy the tickets on the platform below. And a surprise! Use code MS16CTA40 to get a 40% discount on the tickets :-)