From earning Rs 4 per month to owning 22 restaurants across the world; the success story of Suresh Poojari 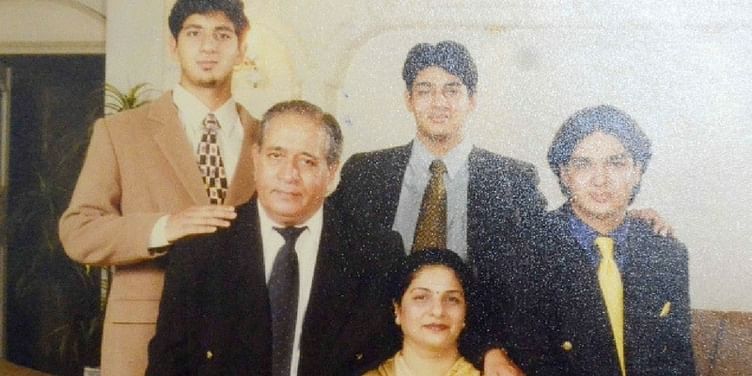 It was in the early 1950s that a 10-year old hailing from Padukone, a village in Udupi district, Karnataka, arrived in Mumbai (then known as Bombay), aspiring to make it big in the city of dreams. Starting off as a casual helper at a small eatery near a temple is South Mumbai for Rs 4 per month, he later moved to the Bombay Port Trust canteen, where he earned Rs 6.

Soon enough, he went on to open up his own food joint, where he sold fruit juice and the famous Pav Bhaaji. He started it off on a small cart in the Chowpatty area, and with a distant relative assisting him financially, he opened up a second joint on Lamington road, which was a hub for electronics in Mumbai. Serving sandwiches, idlis and fried rice, he affectionately named it 'Sukh Sagar'. This venture became very successful in the city, and after a lot of struggles and success, Sukh Sagar now has 22 joints in total, with eight in Mumbai, seven in Bengaluru, one each in Mysore, Chennai and Saudi Arabia, and two each in Dubai and Qatar. There are still a lot of prospective joints about to be opened up, making Sukh Sagar a magnificently successful franchise.

This is the story of Suresh Poojari, 76, a successful man who has gone from rags to riches.

Starting out with a small wooden cart and going on to shaking hands with Amitabh Bachchan, Suresh has seen it all. Ex-Defense Minister George Fernandes, who often visited Sukh Sagar in the early days, made it a point to visit Suresh's joint even after he emerged as a figure of importance in national politics.

There was even a time when the food from his cart would find its way to being served at star hotels. In an interview with Indo-Asian News Service (IANS) three years ago, the humble Suresh said, "This was my real learning ground - understanding people as customers, their tastes and affordability. I worked hard for nearly 18 hours, attended night school up to Class IX, but could not complete my SSC. I loved reading, and compensated by becoming a voracious reader. Now, I have a personal collection of over 1,000 books, each of which I have bought and read thoroughly."

He was married to Santoshi in 1976, and has three sons who look after various operations in India and in Sukh Sagar's international ventures. Despite his fortune, Suresh continues to be humble and down-to-earth, giving back to his native village Padukone by assisting the children there in terms of education. He even decided to have a free community hall and takes care of his staff's entire medical bills, apart from being generous with them on paid leaves.

Having learnt the struggle himself the hard way, Suresh now offers loans to his employees who are in need and even encourages them to start up their own businesses. Being a true selfless entrepreneur, Suresh is an icon of simplicity and humbleness, certainly an inspiring personality to look up to.