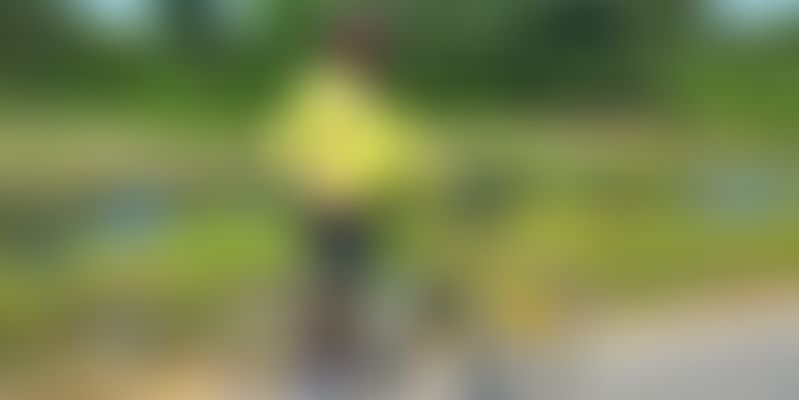 Intent on promoting an eco-friendly, healthy lifestyle, 22 Bikes is taking cycling to the people of Bhubaneswar, with plans to soon do the same for the rest of eastern India.

This space in the city of Bhubaneswar has become the centre of attraction for many cyclists in the Odisha capital. Cycle enthusiasts come here to talk, discuss, read, exchange ideas, and plan bicycle trips and events. The place in question is known as 22 Bikes.

31-year-old Ajay Nanda started 22 Bikes in May 2015. “I have been a cycle enthusiast since my childhood. I have always preferred a bicycle ride for my daily commute, be it to school, college or even to my workplace during my corporate life,” says Ajay.

With the sole motive of keeping the culture of cycling alive in his city, Ajay thought of ways to bring the bicycle back into people’s lives. After saying goodbye to a corporate life of six years, Ajay decided to join a city-based cycling club. He says, “Initially, the idea was to start a ‘pro-cycle store’ in the city, since we were constantly facing difficulties getting our bicycles serviced. After a while, it grew into the community-based bicycle store that it is today.”

In a nutshell, 22 Bikes takes care of all the necessities of cyclists under one roof, such as selling bicycles of all brands, accessories, repairing, servicing, bicycle-rentals, training sessions and the organising of regular bicycle tours and events. Ajay believes that forming a community and bringing together all cycle enthusiasts in the city through interesting activities and events will help in driving the concept of cycling into public life.

22 Bikes is more than just a place for bicycles; it promotes, encourages and aims to educate people on the benefits of being a cyclist. It also boasts of a library, which has around 50 percent of its books dedicated to bicycles. Ajay says,

“We are more of a passion-driven organisation than a profit-driven one. Hence, we try our best to make a difference where it is needed. One such moment was when we donated a bicycle along with the necessary accessories to an unprivileged boy, Budheswar Dehuri, who had chosen cycling as a sport, and we are proud to say that he is representing our state in the nationals.”

Ajay says that the increasing carbon footprint and the decreasing air quality have been a major concern for him, and have served as a big push behind 22 Bikes.

“We are trying our best to promote this green and healthy habit to both curb pollution as well as keep the city dwellers fit,” says Ajay. As part of this concern, 22 Bikes started an initiative known as ‘Recycle Your Cycle’, wherein the company collects old and used cycles from people, does the necessary refurbishment, and donates them to orphanages for their use.

22 Bikes has also been involved in cycling for social causes. It had organised a blood donation camp in association with Red Cross Society to mark its anniversary. The members have also taken the initiative to collect old books from the cyclists who frequent 22 Bikes, to donate them to a public library in the city.

In yet another effort to promote the culture of cycling, the members of 22 Bikes are going to schools and conducting sessions on the basics of cycling. The team teaches the kids the basic safety measures that need to be taken while cycling, traffic signs and other aspects of bicycle maintenance.

22 Bikes is run by a team of six people, who take care of everything from purchasing and marketing, to servicing, repairing, and day-to-day operations. The company, which is less than two years old, has had quite an impact on the cycling culture of the city. Ajay says,

“When we started, I knew a mere 20 cyclists in the city. We are proud to say that, with our continuous effort, we have been able to reach out to more than 1,000 cyclists who are cycling on the roads of Bhubaneswar, within 18 months of our operations. We are happy to say that we have created more than 200 serious cyclists in this short period of time, and we wish to add more in the coming years.”

22 Bikes is working with a vision to open such concept stores in other parts of eastern India. This February, the team is planning to set up a store in Cuttack, Odisha. They also aim to open stores in Kolkata and Jamshedpur by 2018.