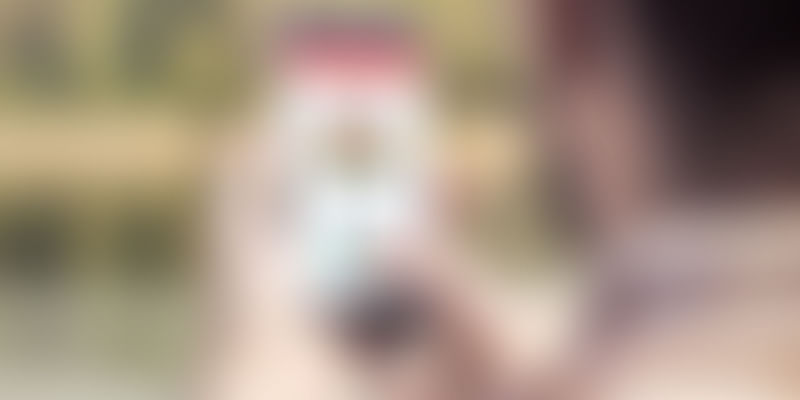 There is no need to visit a police station and you are e- mailed a digitally-signed copy on the app itself acknowledging your lost report, which can be authenticated by authorities like the RTO for a duplicate driving licence or a university for the re-issue of a marks card.

Now, all is not lost when you lose a precious document, mobile phone or wallet on the street. You can e-lost it!

Confused? Only a small percentage of citizens who lose such personal belongings in public places ever go to a police station to register a complaint. Now, in Bengaluru and Delhi, people can download the e-lost app, log on and lodge their complaint.

Such losses are often detected by victims after a gap of time, and even the exact time and place of loss may not been known to them. In particular, tourists or visitors find it difficult to trace back their location and lodge a lost report at a police station to enable such documents to be re-issued or claim insurance. Therefore, Bengaluru City Police has decided to enable mobile phone and web-based reporting, without the need to go to a police station.

The app’s version 1.1 can be downloaded from Google Play Store on any smartphone of Android version 4.0 or above, and an iOS version is also available. A digitally signed copy will be sent to the complainant on their e-mail. This digitally authenticated certificate can also be verified by authorities to which it is presented, for example an RTO that has to issue a duplicate driving licence,” Megharikh, who demitted office as Bengaluru Police Commissioner on December 31, said.

The app has been developed by PC Solutions Pvt Ltd. Deepak Singh from the company, said that police authorities from Chandigarh and Uttar Pradesh are also using the app.

Singh said that his company developed the app as the sore point for those coming into contact with the police to lodge such complaints is the difficulty experienced by them with regard to finding the right police station and also reluctance from the police to register such complaints.

“Lodging a report of such losses is necessary as the authorities responsible for re-issue of certain documents insist on the submission of a police report as evidence of the loss,” said Singh.

The company has already clocked 50,000 downloads in Bengaluru. Thousands of users have so far registered their complaints through the e-lost app, and the loss of cell phones, wallets, helmets, driving licences and bank passbooks top the list.

So, how does it work?

Download the app and use your email id to login and register the lost report. If confused, go to the FAQ section. One can also ‘Retrieve’ the report and click on ‘Report found’ to know if the item has been recovered.

To register the report, the user has to enter their name and address, place of occurrence, police station or sub-division, dates and times between which the incident occurred, and some brief facts. The next page has some categories from which one can choose. Your lost report is acknowledged and generated, and you can download it in PDF form to enable its printing.

The police will get in touch with you if and when the missing article is found.

Foreign tourist got back her camera

Megharikh cites how the app came to the rescue of Irish national Annette McGroary, who misplaced an expensive camera.

"While Annette and her friend toured the city, she lost her camera and lenses worth Rs 2 lakh. She recalled that she had probably left them behind in an auto rickshaw, whose registration number she did not know. She did not file a police complaint as she was not aware which police station to go to. The next day, upon doing research online, she found that a missing complaint could be registered online on e-lost."

Meanwhile, the auto rickshaw driver, S. Sathyanarayana, found the camera and handed it over to Fraser Town police station. “When Annette’s complaint was circulated, the Fraser Town police matched the description of the article and called her. In a few minutes, she established her ownership and walked out of the police station overjoyed that she was reunited with her precious camera,” Megharikh said.

The officer admitted that citizens normally do not reach out to the police to register such small but precious losses as they feel they have to run around a lot. This notion is sometimes not completely unfounded either.

I was asked exactly where I lost the phone. When I told the policeman I had lost it between two locations while travelling on a city bus, he told me that the bus passed through five police station areas and redirected me to another station. I was made to go around several stations as none of the cops wanted to register the complaint as a petty theft or missing complaint is, to them, an additional burden.

For such people, e-lost comes as a saviour.

Need to popularise it

The city police want to popularise the app after it was relaunched in December. Additional Commissioner (Traffic and Security) R. Hitendra and Abhishek Goyal, DCP (Traffic-East), who worked on the relaunch of the app, said that the police are keen to help more citizens.

“The Delhi Police e-lost app has registered around 25 lakh complaints in the last two and a half years, logging more than 2,500 complaints a day on average. In comparison, Bengalureans are now registering around 400-500 complaints every day,” the officers said.

The app also helps the police. Take for instance how, recently, two divisions of Bengaluru City Police recovered a large number of mobile phones but were unable to trace their owners, barring a few, as most had not lodged police complaints.

“We could not trace them even through the IMEI number that every phone has as, strangely, most people preferred not to inform even the telephone service provider about the loss,” K.S.R. Charan Reddy, another officer, said.

Through this app, the public can report missing items. However, complaints about missing persons, thefts, assaults, burglaries, eve-teasing, rape and those classified as heinous crimes cannot be lodged on it as these require investigation and written complaints at the police station in whose jurisdiction the crime occurred.

The e-lost app is fairly successful as an m-governance initiative from the Bengaluru Police; a previous attempt, to have FIR kiosks to help citizens lodge complaints without going to police stations, started three years ago, had taken a year to cross the 1,000 complaint mark. This kiosk, established at Mantri Mall in Malleswaram, where complainants were helped by video conferencing with a police officer from the control room to lodge any complaint, has been dismantled, and plans for more such kiosks have been shelved.