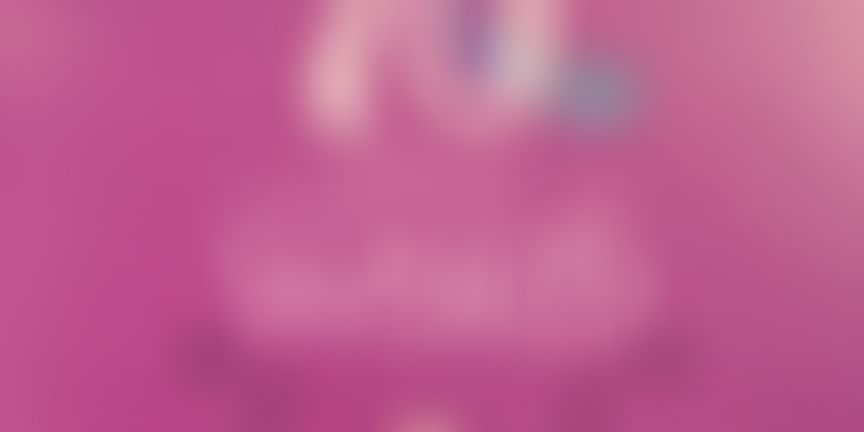 With eight sessions per day in each of six parallel tracks spread across five days, the 10th annual Jaipur Literature Festival covered a wide range of topics, formats and genres. The Indian constitution, Kohinoor diamond, Middle East politics, aesthetics, translations, and perfumes in history were some of the diverse themes covered.

Poetry, travel writing, biography and mythology rubbed shoulders with politics, journalism, digital media, and fiction at the lit-fest. Debates on ‘othering,’ post-truth realities, historical reinterpretation, Indian language markets, spirituality and the nature of money were popular draws. Bollywood and cricket were not far behind, either – and neither were demonetisation and Donald Trump.

Compiled from my tweetnotes and extracted from news reports and interviews, here is my pick of 75 outstanding quotes from Jaipur LitFest 2017. See also my pick of quotes from the earlier Bangalore LitFest and Times LitFest, and my photo essay: ‘Words, colour, music: inside the Jaipur LitFest, ‘the most fabulous literary love-fest on the planet.’

For festival insights, check out the interviews with the organising team Namita Gokhale, William Dalrymple and Sanjoy Roy, and their pick of some of the outstanding books over the last 10 years of the festival. We look forward to the next spectacular edition of the Jaipur LitFest, on January 19-23, 2018!

I always believe there is another poem behind a poem. – Gulzar

Poetry can help wake the world up to itself. Something very true rings in it. - Anne Waldman

Along with poetry, travel writing is one of the oldest literary forms in the world. – William Dalrymple

For me, poetry is actually whispering from one person to another. My inspiration comes from silence. - Auður Ava Ólafsdóttir

Romantic poet Coleridge said – “A poem is the best words in their best order.” That notion was always part of what I felt writing should be about. - Ishion Hutchinson

The most creative way for humans to think is through stories. All religions know that. - Sudhir Mishra

Sometimes you find the most wonderful stories in the most unexpected of places. - Aarathi Prasad

Radio is an underestimated medium in this country. If you’re a good radio broadcaster, every person will think you’re talking to them individually. – Mark Tully

Science and literature come together in crime novels. – Franck Thilliez

Delhi crime fiction is a huge void waiting to be filled! – Vikram Chandra

The idea of post-truth world is not new, the form is new. - Ashutosh Varshney

Haven’t emotions and beliefs always been more powerful than facts? If a lie resonates it reflects a truth. – Prasoon Joshi

It is losers who are saying we are living in a post-truth world. - Swapan Dasgupta

There is a transparency to advertising: it never tries to hide its intent. But look at the media instead, who in the name of news, print paid things. - Puneeta Roy

News has become theatre and the moderator has to become the actor. - Barkha Dutt

For the first time, private media [like Facebook] own the public sphere, without accountability or transparency. - Timothy Garton Ash

We may be the last generation that enjoys privacy. Or semi-privacy. - Luke Harding

Journalism is a guerilla battle, you have to know which fight to pick and what the consequences are. - Madhu Trehan

The contagion of today is self-censorship, not just censorship. - Kanak Mani Dixit

India has always been an entrepreneurial country, the post-independence socialist experiment is only a small blip. - Hindol Sengupta

Entrepreneurship development in India is uneven, like islands of California in sub-Saharan Africa. - Jyoti Malhotra

Hanuman is the repository of both shakti (power) and bhakti (piety). - Philip Lutgendorf

Demonetisation is like Hanuman – he had to light his own tail in order to set fire to Lanka! – Ashwin Sanghi

Knowledge is wealth; money is only currency. – Suhel Seth

The rural poor share their wealth with other people more than the rich do. - Sanjay Agarwal

The power of Hindi cinema is we are focused on people not on robots or supermen. – Shubhra Gupta

It is a bloody mistake to be fighting our material self. It’s much better to learn to live with it. - Frank Trentmann

Demonetisation as taking money from the rich to give to the poor is a falsehood. - Ashutosh Varshney

We may make mistakes, but at least they are our mistakes. - Andrew Roberts

You don’t have to be colonised to get the railways. – Shashi Tharoor

Post-racial means nothing to me. People are obsessed with labels and sometimes use them without knowing what they mean. - Paul Beatty

Can you ignore the contribution of Lata Mangeshkar or JRD Tata? Why not name these structures after such figures rather than political leaders? – Rishi Kapoor

I’m very boring in real life, which is why I have this crazy internet persona. – Mallika Dua

Do not project that these are the worst times because we are living in the best of the times in the history of humanity. - Jaggi Vasudev Sadhguru

Cinema taught me how to behave rather than religion or moral science books. – Imtiaz Ali

I can’t bear to have my plays adapted to film by someone else. So I basically don’t sell any film rights. - David Hare

I called them [World Economic Forum] the International Association of Namedroppers. They think it’s their mission to solve a problem they don’t understand. - Nassim Nicholas Taleb

Within three years, cash machines in India will be completely irrelevant. - Amitabh Kant

Once the four big telcos swing behind digital banking, which will happen next year, the cashless economy will grow exponentially. - Aruna Sunderarajan

It took a decade to open up the stock market in the 1990s. I personally think the transition to a cashless economy will also take longer. - Ashok Wadhwa

Religion is as personal as one’s own toothbrush. - Manmohan Vaidya

I tell people that extremists are in every religion. Because of the actions of a minority, how can you tag almost two billion people as extremists? - Qaisra Shahraz

W.B. Yeats never visited India but it’s evident that right from the beginning, Hindu philosophy fascinated him. He is not just a poet but also a politician, a journalist, a revolutionary and a theatre director. – Roy Foster

Literature enlightens where history misleads. It can be a source of hope in the times of despair. - Naseem Shafaie

I love to make stories about people who don’t understand themselves because I don’t think anybody fundamentally understands themselves. - Neil Jordan

There is intolerance in our country towards the ideas we don’t like. The democratic space to disagree is shrinking and intolerance is increasing. - P Lalitha Kumari (Volga)

It worries me that these days, children have so many distractions that they don’t read books as eagerly as we did. – Nandana Sen

I've always felt that that education system teaches you to hate reading and writing. You learn to get marks, not to appreciate the writing, the style. - Anusha Subramanian

‘It’s a great idea, but it won’t work.’ That is one phrase that I’ve heard only too many times. - Neelesh Misra

The Dalit aesthetic is not rage. And our characters aren’t unilayer victims because Dalit individuals in real life are so complex. - Ajay Navaria

In UK school textbooks, there is no mention of British Empire; it is the Germans who do racist things, not British – William Dalrymple

Some of the early colonial era fights between the Dutch and the British were – over nutmeg, in Indonesia. – John Keay

The Middle East has not come up with a way for multi-ethnic groups to co-exist the way India has. - Tabish Khair

I know North Korea is regarded as the worst country in the world, but I still miss my home. - Hyeonseon Lee

Chinese born in the post-80s generation and post-90s generation differ vastly in how they see the world. - Rob Smith

The French language lives in poetry more in the Caribbean than in Paris. – Pierre Joris

Cricket these days is played more on the laptops than on the field. - Bishan Singh Bedi

Instead of censoring my own writing, I am now trying to adopt new forms to write what I wish to write. - Perumal Murugan

I have to believe the feelings of the characters I create. - SL Bhyrappa

Only literature, art and music can bridge the gap between cultures. To that effect, it is our moral duty to translate. - Sholeh Wolpé

Music really can heal. I have seen that. I have seen people come out of their despair with a repair. Music has incredible power. – Raghu Dixit

Manel is the ugliest word in the English language after synergy! – Manu Joseph

Women are going to change the world. We have always lived in a post-truth world. - Ann Waldman

There’s a juncture in women’s lives that I find is a very fragile position — to return to work after having children, and to find that the odds are stacked against you. - Bee Rowlatt

Because I write about women and women's rights, I have to criticise religions that oppress women. – Taslima Nasreen

The women of this generation are independent, inquisitive and eager to explore the world. – Javed Akhtar

Swami Vivekananda would mix centre, left, and right, turn it into a football and give it a hearty kick. - Hindol Sengupta

In a world full of agitation we need spiritual space to seek solace. – Sadia Dehlvi

There is no greater spiritual act than taking away the pain of others’ suffering. - Imtiaz Ali

India is a door of hope to the world. - Syed Salman Chisthi