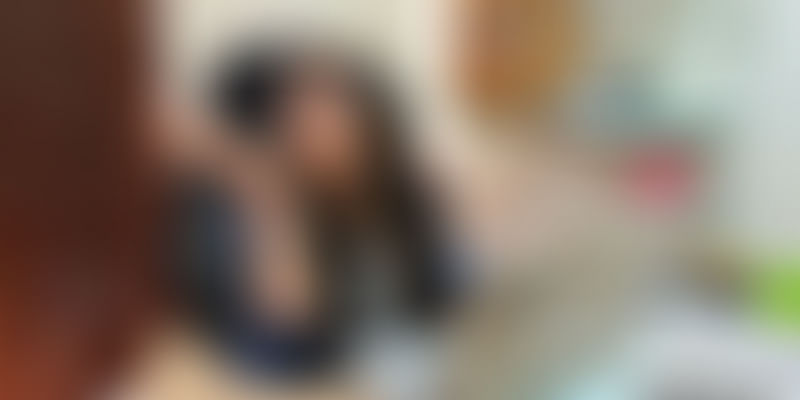 Meet Manavika Phukan, Co-founder and COO of Handtribe, a marketplace for all things quirky and crafted with love.

For 22-year-old Manavika Phukan, hailing from Assam but raised in Mumbai, exhibiting the unusual isn’t just the ideology behind her startup, it’s the mantra that has governed her entire life. She honoured her right brain in a rat race, chose to make some noise and declare her turf where the world insisted she didn’t belong and is now championing an array of carefully crafted unique products that one wouldn’t normally stumble upon on your run of the mill e-commerce portal. Meet Manavika, Co-founder and COO of Handtribe, a marketplace for all things quirky and crafted with love.

“Despite being mild-mannered by nature, I have always been a rather rebellious person at heart – though not in the way you’d think. I was a good student, but subverting people’s expectations of me, I decided to pursue a BA in Economics from St. Xavier’s College instead!” narrates Manavika.

When the fork in the road presented itself, she knew that pursuing a regular corporate job would grant her security; but she also knew that “without any skin in the game, (she) might just let (her) skills and abilities rust”. “I wanted an environment where I could learn and grow at an accelerated pace – so, despite the obvious risks involved, entrepreneurship was the only real path for me,” she explains.

She and her co-founder, Arihant Singhvi, spent many days holed up at a local Starbucks to identify a chasm in the burgeoning list of products and services being made available online. “Soon, we identified a real gap in the market – there weren’t any platforms focusing on small retailers and hobbyists who had lovely, quirky products that they could sell online. That’s when the idea of Handtribe was born – a peer-to-peer marketplace for all things unique,” says Manavika. The idea was to help small retailers and individual entrepreneurs reach out to a larger audience via Handtribe – without having them invest their time and energy in things like technology, marketing or logistics.

Initially, their focus was completely on handmade products. But they later branched out to include both gadgets as well as digital media items like photographs and digital prints because they wanted to bring all kinds of entrepreneurs under the purview of Handtribe. Now, all their products are curated and then uploaded, since they want to bring the best of the internet to their buyers. “We are also really passionate about being an inclusive marketplace that helps vendors create an online business all on their own terms. We had our beta launch in April 2016, when we opened the platform for sellers and started adding our catalogue to the mix. It was in August that we finally launched the website for buyers, and it has been a great ride so far,” she narrates.

Manavika knew that they had to get their supply right before they could interest any buyers. “From day one, our focus has been on scouting for sellers from all across India, be it by stalking Facebook pages, attending all kinds of flea-markets and exhibitions in the city, or exploring our personal network. Despite having no product to show, we convinced over 100 vendors to join our marketplace before the beta launch, she recounts.

The main issue, they realised, was not their skepticism with e-commerce, but the lack of platforms catering to the needs of a small retailer. Features such as being able to answer buyer queries via an inbuilt messaging system eased the transition for them.

Their pleasing website interface also went a long way in establishing their credibility and nimbleness. Manavika claims that they have had vendors join them because of how good they felt the website looked. “So, a heady mix of amazing frontend development coupled with built-in flexibility and our customer service has helped us get Handtribe to where it is today,” she says.

Despite the negative impact of demonetisation, Handtribe managed to clock over 100 percent growth in revenues last December, with close to 240 vendors, the average number of users currently at 1,000 per day and a catalogue of over 20,000 products on the website. “We have no specific growth hacks to speak of, but I do think that it’s the uniqueness of our catalogue that has helped us achieve these things so far, even earning us the Best Debutante eRetailer of the Year Award at the Star Retailer Awards 2016,” says Manavika.

More than what meets the eye

While the numbers paint a rosy picture, the journey of a 22-year-old North Eastern woman running her own consumer internet business in a city like Mumbai ought to have nuances. “People really didn’t know what to make of me, especially because I was usually the youngest person in the room by more than a decade. Even my parents were worried for me since no one in our family has ever ventured into business before. The key for me was to have absolute faith in my own abilities, and it helped that my co-founder always encouraged me and took my ideas seriously,” she says.

One hack, as a woman, that she swears by is to be consciously more outspoken. “Often enough, we tend to over-think everything and edit our thoughts to turn them into something that would be liked and approved by everybody, a trait you don’t always see in men. We need to be more ambitious and aggressively go after what we want because nobody is going to read our minds and give us what we want. It really does pay to be more proactive,” she explains.

As the space gets more crowded, Manavika puts her own spin on the competition closing in. “It is said that the great racehorses tend to perform better when faced with stiff competition; being paired with average performers tends to bring their own performance down as well,” she says. And while the stiffness of the competition has been crucial to keeping them on their toes, they have strived to differentiate in newer ways as well. “We pride ourselves on our curation skills, and the ability to customise the items available on our website further increases the uniqueness of the products we have to offer,” she states.

Handtribe, with a four member team that handles everything from operations to marketing, is a 100 percent bootstrapped company currently looking to raise an angel round to deploy funds towards product development and marketing the platform.