Shooting for the moon, these three 20-year-olds at Berkeley University are powering Indian tech startups with their accelerator 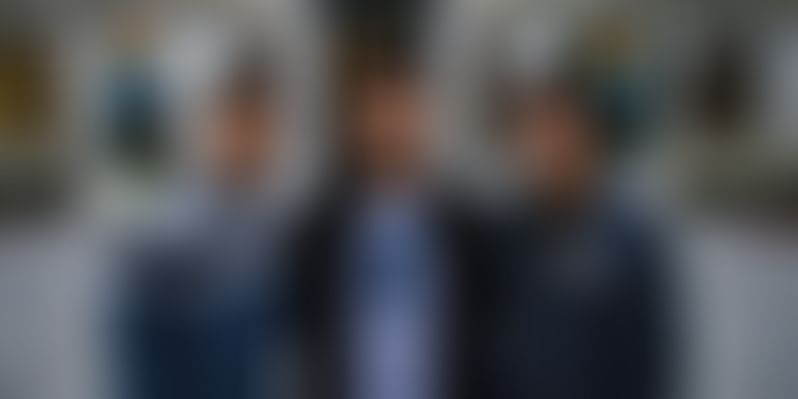 Bridging the gap between Indian early-stage startups and the huge pool of talent in the Silicon Valley are three ambitious 20-year-old Indian students from Berkeley University, California. Their venture, Moonshot Accelerators, and passion are promising and fresh.

The opportunity for fundraising in the States is very high, especially for an Indian startup,

As the Indian startup ecosystem matures, the icons of the industry are getting younger and younger. Moonshot Accelerator is an excellent case in point. Its three founders are students at the University of California (UC), Berkeley and 20 years of age, and bring with them the passion and innovative mindset of youth. Abhinav Kukreja, Anish Prabhu and Aryaman Dalmia are young and ambitious, and they will overwhelm you with their plans for the Indian startup ecosystem.

The trio is running a four-month-long accelerator programme, The Moonshot Accelerator, that seeks to connect early-stage Indian startups with the US technology ecosystem, with the aim of facilitating communication, access to mentorship and consulting, and fundraising.

Moonshots are ideas that are so daring that they can’t possibly work. Humans landing on the moon, for example, was a moonshot. We wanted to work with daring entrepreneurs, taking on big challenges and making giant leaps, and the name seemed perfect.

What led the the trio to launch Moonshot Accelerators in 2016? The founders, who met at UC Berkeley, say they realised they were great at working together, each one bringing complimentary expertise and skill sets. The most important factor, however, was that they cared about the Indian startup ecosystem. They wanted to do their best to make it better, and providing early-stage startups with the opportunity of working closely with Silicon Valley experts was one way of doing that.

The three, each of whom flaunts an illustrious past, are right now pursuing their bachelor’s degrees at UC Berkeley. Both Abhinav and Anish had donned the hat of an entrepreneur in their late teens, with Zovata and Paradigm Shift, respectively. Zovata is an augmented reality and latex printing company that Abhinav started at the age of 18, in partnership with Hewlett Packard. . Anish, meanwhile, started up non-profit organisation Paradigm Shift, established to bring technological training to young underprivileged students across the state of California. Aryaman is a published author, having come out with the book ‘Graham, Buffett and Me’ at the age of 15, and also carries the tag of being a Keynote Speaker at Activate Singapore.

Our programme has three core components. We run a pro bono internship programme for our portfolio companies at UC, Berkeley. We also have a pro bono consulting programme connecting you to the best and brightest of both Silicon Valley and India. Lastly, our fundraising programme is dedicated to helping you find the right investor, both in terms of industry and fit.

Being based out of arguably one of the top universities in the world comes in handy for this bunch of youngsters. The accelerator invests in helping companies that are looking to raise funding as well as that have already seen investment. They also provide them an intellectual framework in mentorship and fundraising, which are two of the core challenges in starting up. Abhinav says,

The most important thing for a startup is to learn to manage time and money. While funds may provide funding, the challenge lies in entrepreneurs, particularly those who are inexperienced, using that funding cautiously, making sure that their burn rates don’t go haywire, and managing time and human resources effectively. I think accelerators help facilitate that.

Also read : How Facebook is gearing up for the growth of Indian startups. In conversation with Satyajeet Singh, head of Strategic Product Partnerships at Facebook India

The first batch of the accelerator programme, comprising six startups, commenced in April last year, while the recently concluded second batch had five startups. Among the 11 startups that have passed under the archways of Moonshot are Frapp, ListUP, Numberz, Hombot, Pumpcharge and Azuro. The startups of the second batch are yet to be out.

When asked about the filters in picking these companies, Aryaman says,

The focus for us right now is Machine Learning and Data Science; so, companies innovating on those fronts are pretty interesting to us. We are looking for startups that are willing to put a good amount of work into this programme, because that’s the only way to get a lot out of it. We also care about where they are in terms of the stage of development and how solid their business model is, since we are not very keen on the Silicon Valley approach of not worrying about revenues. A big part is also social technology. We want to work with companies solving real problems faced by the Indian audience, specifically people who don’t have access to resources like water, food, electricity and the internet.

After the three components of the accelerator programme comprising mentorship, consulting and fundraising conclude, the selected startups participate in a demo day in Silicon Valley. This day entails a hands-on experience with all the partners, startups and investors.

While most of the younger lot of startup founders are naïve and underconfident, the trio defies such a stereotype. When probed about the pros and cons of being young members of the ecosystem, Abhinav says,

The pros are that I have more time to fail and experiment and take risks. The cons are that I miss out on a lot of things that people my age otherwise do. It’s hard to graduate from Berkeley, and it’s harder when you’re running a venture (or two) on the side, but we have our priorities lined up, so we tend to skirt conflict. We’re extremely passionate about what we are doing, and so, we make time for it.

With a team of 30, most of whom are students at Berkeley, Moonshot Accelrators is marching ahead with all its youthful exuberance. With 2016 seeing a dearth of funding, the year ahead looks tricky. Anish says,

A large part of this would be how people react to decisions like demonetisation and the GST, and how they use technology to help people affected by these. Our collaboration with Invest India also leverages our experience with the Government of India.

With the energy and optimism that come so naturally to those of their age, the trio’s goal of building a bridge between early-stage Indian startups and Silicon Valley is nothing less than admirable and inspiring.