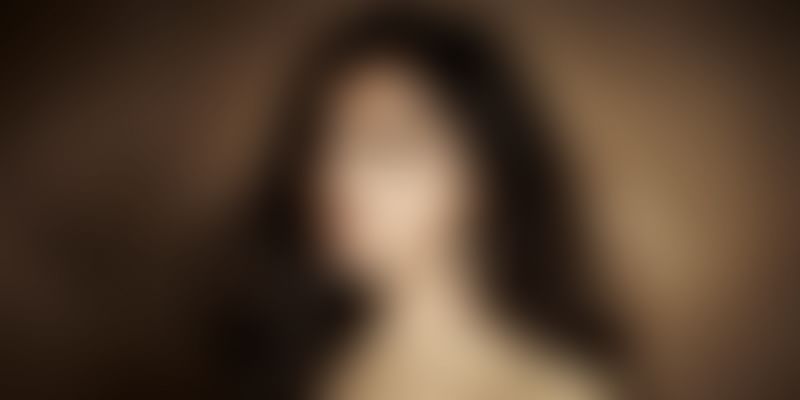 Simple and sophisticated is how fashion stylist, fashion icon, and entrepreneur Pernia Qureshi describes her style statement. Her venture, Pernia’s Pop-Up Shop, is an online curated design platform that brings Indian fashion to everyone from New York to Lucknow with just a click.

We caught up Pernia to find out more about her entrepreneurial journey, her clothing line, her first assignment as the costume designer for the movie Aisha, and her love for dance.

Pernia’s Pop-Up Shop was launched in 2012 after months of planning and execution. It showcases pieces carefully handpicked by Pernia and includes a wide range of trendy fashion from the best designers across India. Since the designers were unable to reach their targeted customers across the globe and vice versa, she wanted to close this void through a one-stop shop for Indian designers. “We started with a vision to become the next established global luxury retailer offering — the best in fashion mixed with an exceptional quality of customer service.”

Over the last four and a half years, they have seen similar ventures mushroom and close down, but they have only grown. She says, “We have definitely enjoyed the first-mover advantage. When I started, I did not have a benchmark or competition, so I set the tone and pace for myself.”

Initially, Pernia had to explain the concept to the designers and educate them about her concept. One of the early fashion designers on the platform has been Masaba Gupta. Pernia says, “We started with a working relationship and became friends. When I met her in 2011–12, I thought she would understand the concept. Masaba believed in the concept and went with it. She is one of the high selling brands on Pernia’s Pop-Up Shop.”

The company’s growth over the years has helped it build a steady customer base and win customer loyalty.

We have felt an increase in the number of people taking to online shopping in the past year. They have become more comfortable with the idea of purchasing merchandise without physically seeing or trying the products,

Pernia says. Her audience includes high school kids as well as 70-year-old women but the majority of the purchases are made by working professionals between 20 and 30.

Whether it was watching her mum dress up or going to shows with her, Pernia’s love for fashion started early on. She wanted to become a lawyer and went to George Washington University in DC to do just that. While studying criminal justice, she realised that she didn’t want to become a lawyer, and fashion was her true calling.

While at university, she started interning with fashion magazines like Elle, Cosmo, and Harper’s Bazaar. “When I started out as an intern with different fashion magazines, I knew there was no looking back. I loved the work ethic and discipline of the Harper’s office. The entire experience was invaluable because I got to learn firsthand.”

Upon her return to India, she got her first job as the costume designer for the movie Aisha, starring Sonam Kapoor. “It was my first job out of college. The movie released in 2010 but we had started work in 2009 and I spent months breathing, eating, and sleeping Aisha.” Pernia worked with most major designers for the movie, which is usually not the trend.

It was after this assignment that she started thinking about what she wanted to do and in 2011 started working on Pernia’s Pop-Up Shop.

Pernia’s Pop-Up Shop also carries the Pernia Qureshi label — clothes that Pernia designs. The label — fresh, clean, and feminine with the use of pastels and sober colours — is an extension of her personality.

Born to Indian and Pakistani parents, Pernia was born in Pakistan and grew up in India. Her early years were spent at the Woodstock School in Mussoorie. “Your schooling defines you for the rest of your life. Also, the fact that I was an athlete and represented my school has a lot to do with who I am today. Sport brings a lot of discipline to one's life and mindset. I have also always had a natural inclination towards dance and theatre.”

Even before she joined school, she started dancing, and her love for dance has continued unabated since. She started with kathak but moved to kuchipudi and is an accomplished dancer and has continued with performances.

This, perhaps, best sums up how Pernia has donned multiple hats over the years, from acting and fashion to designing and entrepreneurship.

Like most industries, technology has impacted the fashion industry too. Pernia says, “With an industry like fashion, where visuals are everything, technology has worked as a huge blessing. You don't need to be at a fashion show to stay updated on trends and current affairs. Consumers today want to be in sync with the latest trends. With the ease in finding what they want online and the convenience of shopping from home, online shopping is rapidly becoming a necessity. Men and women both are warming up to the idea and are indulging in it, saving time and effort.”

From couture to pret, and the latest trends

As for what is going to trend in 2017, she says, “The plunging necklines, the statement earring, sheer, and ruffles.” According to her, Rekha is the ultimate living style icon. “She is so dressed up but so effortless about it. It sounds conflicting but it’s true.”

Her favourite designer is Huemn and model Kanishtha. She seeks inspiration from Manish Malhotra: “He inspires me for his sheer dedication and hard work and how gracious he is about is success.”

Ask her what keeps her motivated and pat comes the response:

I just see myself as a worker like anybody else who loves to achieve new things. I don't feel like I have accomplished even one-tenth of what I would like to achieve in life. Every day is new day and a new stepping stone towards doing better in life.