What are the founders of seven companies acquired by Quikr in 2016 up to now? 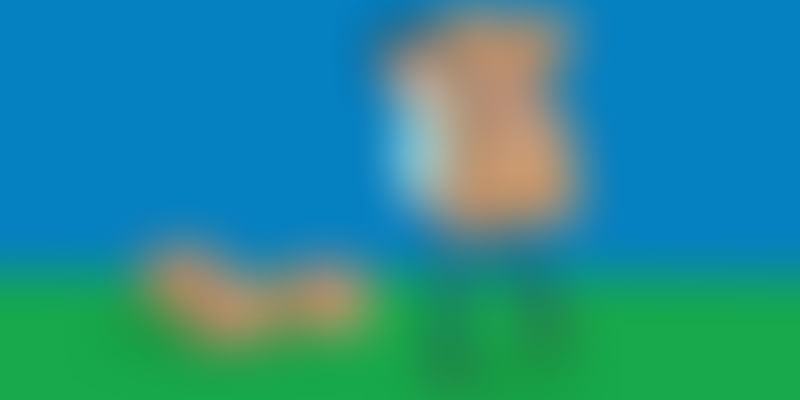 Quikr's acquisition of seven companies — CommonFloor, Stepni, Zapluk, Salosa, Stayglad, Grabhouse and Hiree — in one year depicts the strategic growth the classifieds platform demonstrated in 2016. According to a Quikr spokesperson, the acquisitions were aimed at furthering the firm's plan to go deeper into each of the verticals it had launched, and wherever growth was already peaking in terms of traffic, listings and transactions.

But what has happened to the founders of the seven companies after their acquisition by Quikr? Are they still associated with Quikr or have chosen their new paths to pursue and moved on? YourStory reached out to a few of them to see what they are up to.

Vinay Singh, co-founder of Stepni, a Bengaluru-based startup connecting vehicle owners with service providers, left Quikr a few months after the acquisition came through in September 2016. He says that a lot of Quikr's operations are voice-driven and its unwillingness to innovate on legacy systems was a big letdown for him. This, according to him, became an impediment to scaling swiftly. It required a lot of re-arrangement of the current consumer data structures for touch-less, friction-less scale that the parties involved were hoping to achieve with the acquisition. He adds that Stepni has witnessed an attrition rate of 25 percent post-acquisition.

QuikrCars acquired Stepni to strengthen its service offerings for cars, bikes and commercial vehicles. Founded by Vinay and Nikhil Nair in October 2015, Stepni helped meet the vehicle servicing needs of consumers in Bengaluru through a partner network of over 125 service centres across the city. The founders along with their team had joined QuikrCars with immediate effect.

The integration was aimed at enabling consumers to shortlist service providers and avail quality vehicle services within five kilometres of their location. With over 1.5 million vehicles listed on its platform, QuikrCars also launched vehicle maintenance services at the time of the Stepni acquisition.

Manan Maheshwari, co-founder of on-demand beauty service provider Zapluk, says they had no intention of selling the Hyderabad-based startup so quickly. It had raised a small round of funding and even acquired Pamperazi, a Chennai-based on-demand beauty service provider. Of the three founders, Lavanya Hariharan stayed on with Quikr, while Manan and Mahesh Gogineni exited. Says Manan,

We always wanted to be entrepreneurs - Mahesh and I were not ready to join a company, especially when we had quit our jobs in the US only a year back, and wanted to try our hands at a few more things.”

Manan claims that Zapluk provided Quikr a substantial presence and a ready-made customer base in Hyderabad and Chennai.

In September 2016, Mahesh, Manan and Zapluk’s CTO Varun MS started another venture, Emojifi, an app that provides live emoji, stickers and GIF suggestions based on the typed words across chat platforms.

Quikr acquired home rental solution provider Grabhouse in November 2016 with the aim of launching its cashless managed rentals solution. The deal saw the integration of Grabhouse’s products and technology stack into QuikrHomes. Grabhouse was backed by India Quotient, Sequoia Capital and Kalaari Capital.

“At Grabhouse we laid the foundation of a sound cashless business model for house rentals. We saw a massive business opportunity in joining forces with Quikr, which meant scaling up quickly to build not just a long-term rentals brand but also enter other new territories,” says co-founder Pankhuri Shrivastava.

Founded by Prateek Shukla and Pankhuri in July 2013, Grabhouse offers a managed rental homes model that comprises a range of fully furnished, ready-to-move-in apartments. As a part of the acquisition deal, the Grabhouse founders along with their team have shifted to the Quikr office.

Quikr acquired online job portal Hiree in July 2016. “Being a part of Quikr allows us to further invest in Hiree and scale up. We decided to get acquired to continue solving the problem of being able to hire faster. With Quikr we plan to continue working towards that goal with more innovative products in the recruitment space,” says Manjunath Talwar, Growth Driver at Quikr, and co-founder, Hiree. Abhijit Khasnis, COO and co-founder, Hiree, has stayed on at Quikr.

Talwar adds that attrition, a common feature in mergers and acquisitions, was not very significant at Hiree after Quikr came into the picture.

Hiree, earlier known as myNoticePeriod.com, had raised Rs 18 crore in a Series-A round led by IDG Ventures in February 2015.

One of the biggest M&A deals for Quikr was the acquisition of realty portal Commonfloor for $200 million in January last year. The key objective for the company was to leverage Commonfloor’s structured data and domain expertise to amplify the growth of QuikrHomes, which reportedly generates 35 percent of Quikr's total revenue. At the time of acquisition, CommonFloor had five lakh active property listings from over 200 cities.

Emails sent by YourStory to both Stayglad and Salosa founders went unanswered.

How has Quikr evolved after all these acquisitions?

Of the seven acquisitions by Quikr last year, three — Stayglad, Salosa and Zapluk — have been in the beauty services space. Besides, the company has committed an investment of Rs 250 crore in home services vertical QuikrServices to build the consumer base and accelerate the businesses, reach and capability of each of the three beauty services companies. Says a Quikr spokesman,

“The acquisitions in the beauty space have helped us go after a larger market share in a shorter span of time and the results are already quite good. QuikrServices accounts for close to 20 percent of Quikr’s users. The beauty category brings us a higher volume of repeat customers, with 65 percent of the customers coming back for services within a span of three months.”

With the Hiree acquisition, QuikrJobs claims to be leading the blue-collar hiring space, and is aiming to tackle the white-collar job space in its next phase of growth. The collaborative effort yielded result and triggered the launch of a new platform, QuikrJobs Pro. The platform enables both employers and recruitment consultants to sign up directly and track the candidate pipeline.

Quikr raised $346 million from investors like Kinnevik, Warburg Pincus, Matrix Partners India, Norwest Venture Partners and Nokia Growth Partners. According to the company spokesperson, the existing scale in all business verticals has been significant, be it in real estate, jobs, cars or services. The Quikr brand has evolved from just buying and selling to creating more long-term relationships with consumers. Each of the acquisitions has helped strengthen its verticals and accelerate growth.