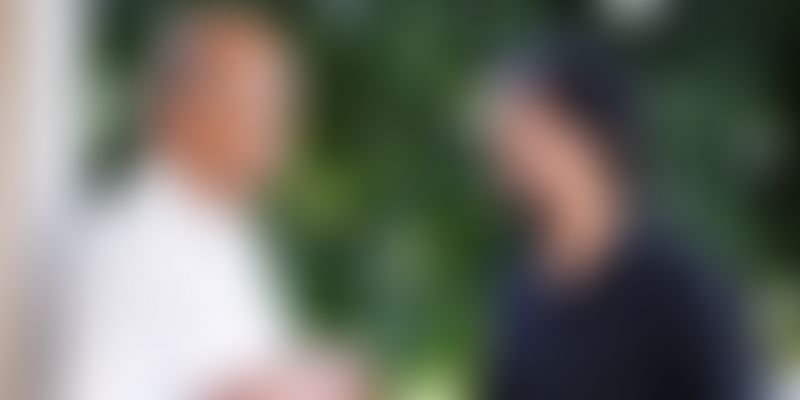 Two decades of selling IT solutions led Srinivas Kiran and Ambadas Kshirsagar to ask themselves, “Why aren’t we building technology for the millions of small businesses that cannot afford enterprise software?” This was in early 2015 and by August that year, they had started off with Zetagile in Hyderabad. Their premise was to make data the central theme of small and medium-sized businesses (SMBs) and help them organise their business with affordable software. “Most SMBs do not have access to good software and are implementing software for data capture only,” explains Srinivas. He adds that Zetagile’s software helps owners with predictions about the business and to enable them to be in control of their daily operations.

According to Ernst & Young, there are 50 million SMBs in India, of which only about one million export globally. The rest supply to the domestic market and a whopping 90 percent are not software-equipped to improve their processes, still relying on paper or accounting and book-keeping software. The duo saw a good opportunity to organise this industry and help entrepreneurs improve efficiency and track their processes.

“Most SMBs work on cash transactions. Moving them towards digital is an opportunity because they will be able to be more efficient with their workflows and become more efficient by using data,” says Pawan Gupta, founder of Connect2India. However, Pawan warns that moving SMBs towards complete digitisation is a behaviour change that software companies would struggle with.

This is exactly why Srinivas and Ambadas began with the retail industry.

The early days and the business

When you are working with the likes of IBM there is a lifestyle that one gets used to. There are foreign trips, you golf and play tennis with friends and associates and then there is the fat pay cheque that everyone gets used to. Srinivas and Ambadas sacrificed all the perks to pursue entrepreneurship and started Zetagile.

Their spouses were completely on board and backed them on their journey, making a Rs 1 crore investment in the process. The duo employed close to 15 engineers and began building a technology architecture that could help the retail industry.

In 2016, they approached a restaurant they frequented and asked them to take a stab at their software. This mobile-first, cloud-based software called "Viandd" helped the restaurateur track his customers and also predict the supplies and inventory of his business. Eventually, around 40 customers signed on with Zetagile in the Hyderabad area.

Usually, enterprise software works on licence and costs several million dollars to implement across an organisation. But, imagine implementing similar platforms for the long tail of Indian SMBs. This is what Kiran and Ambadas want the achieve.

The company works on a subscription model, the typical route companies with cloud-based business models take to price their services. It is based on usage and the business pays as the clients increase.

Money in the cloud

There are eight million kirana retailers in India, along with 50 million SMBs in the country. According to the National Restaurant Association of India, there are 1,00,000 restaurants in the country with an annual market value of $4 billion in revenue. Zetagile plans to scale up in major Indian cities after Hyderabad. The company hopes to raise $1 million to expand operations. Srinivas and Ambadas have the right experience and the knowledge to build a company that can scale up across India.

The Zetagile platform, the founders claim, has potential to scale, has cross-industry applicability and relevance, and SaaS availability.

Several startups serving SMBs fade away in a few years because of constraints in accessibility, scalability, security and the Total Cost of Ownership (TCO). Keeping these critical success criteria in mind the duo has built a platform that can transform a traditional SMB into a digital one.

It is quite challenging for the corporate software product and solution providers to address this space. Mom-and-pop stores have complex needs and require customisation. This is why the likes of SAP and Microsoft were not able to penetrate real Indian SMBs. With Zetagile, the founders believe they can go the extra mile to offer exactly what the bigwigs have failed to so far – customisation and an easy-on-the-pocket solution to efficiency.