3-year-old ‘witch’ is proof that where there is love, there is hope 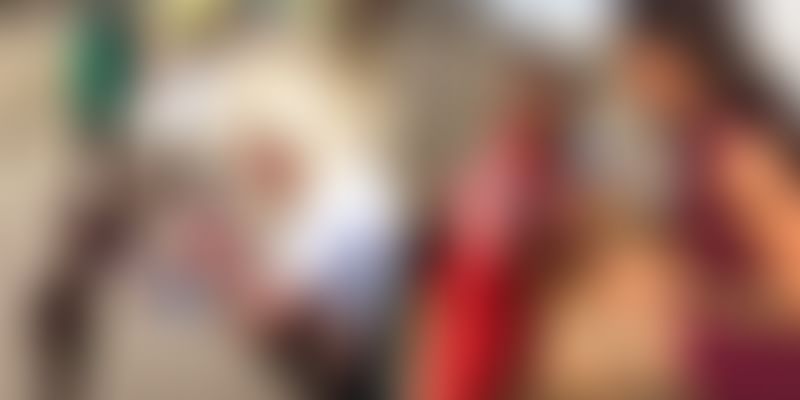 On January 30, 2016, Anja Ringgren Lovén, a Danish social worker living in Nigeria, rescued a starving toddler from imminent death. The child had been abandoned by his own family and community after he was accused of being a ‘witch’, a practice that, sadly, is common in many African countries. Barely capable of walking, he had been living on the streets for eight months and surviving on scraps thrown by people. Anja and her husband, David Emmanuel, run an orphanage called the African Children’s Aid Education and Development Foundation (ACAEDF) for abandoned children in south-east Nigeria. When Anja received information about the child, she, along with her team, rushed to his village and gave him food, water, and first aid. Anja named the child Hope.

Soon after the rescue, Anja shared a video of herself giving water to little Hope to raise awareness about the tragic problem of child witches, and also to raise money for Hope’s medical needs. The photos and video went viral, and Hope’s story touched the hearts of millions.

Hope was emaciated, riddled with worms, and suffered from hypospadias, an inborn condition in which the child has an underdeveloped urethra. Thanks to the money raised, Hope was able to undergo surgery and the pint-sized fighter could recover completely.

Last week, Anja posted two photos of Hope — one taken on the day of his rescue and the other shot recently of a healthy Hope in his school uniform. The contrast is amazing and restores one’s faith in humanity. Anja wrote, "On the 30 January 2016, I went on a rescue mission with David Emmanuel Umem, Nsidibe Orok and our Nigerian team. A rescue mission that went viral, and today it's exactly one year since the world came to know of a young little boy called Hope."

Widely recognised for her humanitarian work, Anja was named "the most inspiring person of the year 2016" by Germany's OOOM magazine, beating Pope Francis and Barack Obama to the title.

The phenomenon of witch-hunting in Africa is an ancient one, but has reportedly been on the rise due to urbanisation, poverty, and conflict. Violence towards and abuse of children accused of witchcraft is especially common in Nigeria. The witch is seen as the epitome of evil and the cause of poverty, misfortunes, and diseases, and so is hated and subjected to violent exorcism rituals, abuse, abandonment, torture, and even death.

Thanks to the thousands of people from around the world who donated money to the ACAEDF moved by Hope’s story, Anja has been able to open a doctor’s clinic for more such children. The organisation has also bought a plot of land, christened Land of Hope, for a new orphanage that will rehabilitate other abandoned boys and girls.