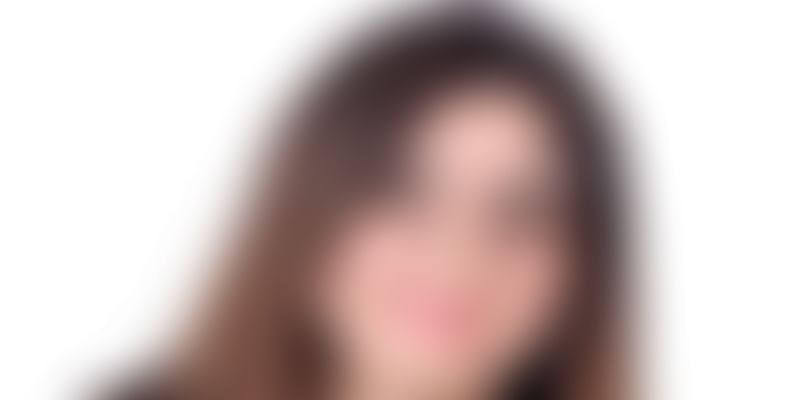 It was the middle of the night, and 40-year-old Anu Mehta woke up in a cold sweat. The world around her was crumbling; images of an earlier trauma and abuse began clouding her mind. Thinking of that night, Anu says,

“Maybe that was the trigger that got me to remember incidents that I had repressed. It was the worst possible time for the memories to come back and haunt me. I am happily married, and my children were in school at that point in time.”

Anu never imagined that she would have to move out of Prague, in the Czech Republic, and go back to a place she would really rather avoid – Mumbai. Her husband had lost his job at Citibank due to the economic meltdown, and without a work visa, the family would have to move back. For Anu, mother of two children, that meant uprooting her whole life.

While in the Czech Republic, Anu had begun working as a Reiki master, teaching the healing technique to others. Though her husband got a job in India, Anu stayed back with her children for a little while longer, so that her son, who was in the 10th standard at the time, could finish his school year. It was with the help of friends and family, and divine providence that Anu could spend those extra six months in the country. She made use of those months to heal and learn.

“It was then that I decided that I would never send away anyone who was in need. I understood that if all these people had stood by me, and the universe stood by me, then it was needed that I give back,” says Anu.

It was then that she began her journey into meta-health and EFT-- emotional freedom techniques. She says that it made her realise that only if she could heal herself could she actually heal others. Today, Anu is Sales and Distribution Head and Trainer for NES-Health Information Technology in India, and trains many modalities like meta-health, matrix re-imprinting, hypnotherapy and bioenergetics, and has also been an author and speaker at several events. Anu has dedicated herself to helping those who suffer from trauma, counselling them on how best to deal with those demons that prevent them from enjoying a full life. She says,

“My main motivation today is to get people to overcome their demons and accept the divinity that they have within. Having been a victim of child abuse myself, I understand the need to discuss and bring the topic out in the open. It is an uphill battle. I remember that at an event, when I said I wanted to talk about child sexual abuse, very few people turned up.”

Studies however show that more than 60 percent of us are affected by everyday stress. It was Meta Health that gave Anu the understanding and connection between one’s physical environment and mental health. “It gives a different perspective of life and mental health, thus removing the taboo associated with it,” she says.

Fighting her own battles

Till that night in 2008, Anu had led a normal life as a wife and mother. But now, she found herself with a chunk of memory that she didn’t recognise and without a clue of what to do with it. The only solace she sought out that time was from her mother.

“But when I spoke to my mother and told her about the abuse I faced, she was at first silent. Her first reaction was telling me not to tell my husband Vikram. This was because she thought he would leave me. It left me feeling all the more horrible and confused. I didn’t want to hide something like this, and I needed support and redemption.”

For Anu, this meant fighting demons she hadn’t even known existed and facing issues she felt were better left in the past. But no healing is possible without the confrontation of one’s demons. Ironically, when Anu spoke to her close European friends, they advised her to talk to her husband and seek help. Contrary to what her mother had expected, talking to her husband helped Anu take her first step towards self-healing.

Hailing from Ludhiana, Anu’s childhood was wrought with confusion and trauma. Her father’s factory had shut down, leading to the family being uprooted. Anu’s parents and her younger sister moved to Mumbai, while she stayed back with her maternal grandparents.

Recognising the demons within

It was during her trips to Mumbai to visit her parents that the sexual abuse began. Anu was six years old at the time. She recalls,

“Coming to Mumbai was a disturbing time for me. I had a younger sister to cope with, considering the fact that she would stay with my parents and I couldn’t. Plus there was the fact that my father’s uncle, who was old enough to be my grandfather, would sexually abuse me. Nobody noticed this. There was this one time when my parents weren’t home, so he took me into a room. I don’t remember what happened. Even today, I just get flashes of it. I don’t remember everything.”

Anu soon had to move to Mumbai permanently. She says that her opinion wasn’t taken into consideration. At the age of 12, she now had to deal with her parents, whom she didn’t even know very well. Now that she was older, she was able to understand what was happening to her and put a stop to it. But she never spoke to her parents about what had happened.

It was too much for a young kid to grapple with. Anu believes that this was her first step towards suppressed rage.

“I didn’t realise I had a lot of repressed anger towards my parents. That night in Czech, I was forced to deal with issues I never knew I had,” says Anu.

A BSc. and MSc. in Textile Chemistry from Nirmala Niketan, College of Home Science, Anu had begun her career by teaching in the same college. In retrospect, she says that she never felt any change; though the scars were buried deep within, they didn’t affect her daily married life.

But Anu did have behavioural warping. There were some spellings that she could never put together. She never understood why till she was 40 years old. “It was like the six-year-old had suddenly gotten up from a long hibernation,” explains Anu.

She believes that the whole thought of moving back to the city where the trauma had first started, under difficult circumstances, was what triggered the memories. Anu nevertheless took the advice of her friends and told her husband of her trauma, and contrary to what her mother believed, Anu’s husband didn’t leave her.

“If Vikram hadn’t supported me that day, I don’t think I would have been able to do any of the work that I am doing right now. I have deep gratitude to my husband for standing by my side and encouraging me to do what I needed to do. He gave me permission to be myself,” says Anu.