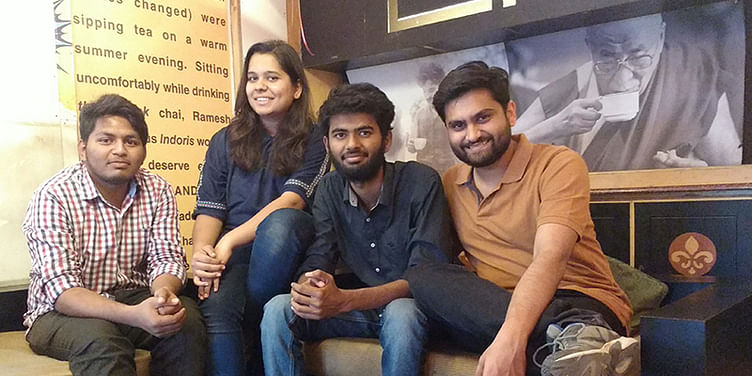 Students in India, to a large degree, depend on coaching institutes and trainers. However, there is no proper platform where they can get all the required details in one place, which is why they end up joining the few places they have heard of, even if they aren’t very suitable. On the other hand, owners of coaching institutes face the problem of not reaching their target audiences. They are often overruled by big names. The formalities included are still dependent on paper and Excel sheets for handling admissions, which becomes tedious for them.

According to Shweta Verma, "When my friend introduced me to the idea he had in his mind, I was so fascinated with creating something different, that can change the traditional norms and that's what startups do. Starting up is not easy but that's the best part of it."

Although they conceptualised it in June 2015, research, product development, field work, and market analysis took time, and Shubham Kain and Shweta launched the third version of their product only in January 2017.

With Eduwamp’s web services, they are addressing the problems faced by both students and institutes.

Tanmay Bhatt serves as the CTO of the company and Shahrukh Ahmad as the CFO.

Eduwamp provides users with a platform where they can get all the authentic details of a coaching institute and trainer as well as a direct connection to them. It also provides coaching institute owners with a platform to reach out to their target audience. A SaaS for handling admissions and inquiries on cloud and customer insights for improving their performance is available too. Thus it works as an aggregator, providing services on both the sides.

The USP of the platform is that the search engine has an unbiased and non-advertised listing algorithm. This is driven by popularity and user reviews and the large set of authenticated data that helps students make wiser decisions.

According to Shubham, "Our market is both coaching sector and students and we estimate it to be $75 billion at a CAGR of 35 percent."

Their business model lies in the services they provide to coaching institutes. Thus, they have decided never to charge students directly. They plan to generate revenue by SaaS, listing, and through the analytics software provided to institutes on the basis of different pricing models.

As of now, the company is not generating revenue from its primary revenue model and is looking to raise funding. The aim is to step out from Indore after reaching the revenue stage and land in Delhi and Kota simultaneously in August and start generating revenues from both cities by November. For the next two years, they have a target of listing institutes and tutors of top 100 cities of the country.