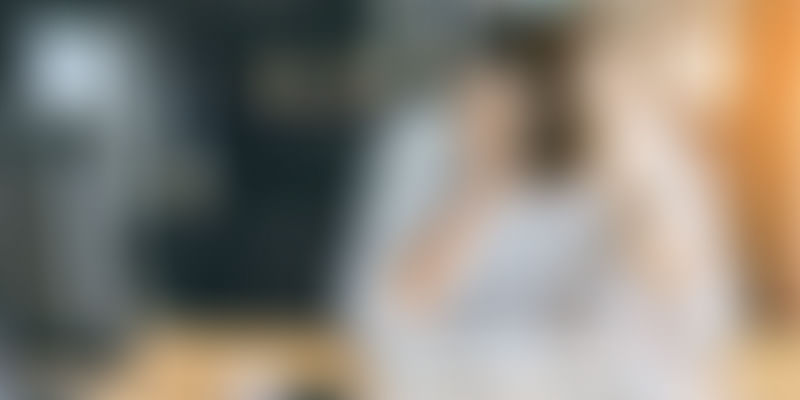 Whoever said that failures are stepping stones was probably pep talking to someone down in the dumps. Let's face it. Failure sucks. And it hurts badly. Sure, mistakes are great teachers. But let's just make sure that the mistakes are not our own. Here are five commonly overseen mistakes that entrepreneurs must avoid early in their startup journey.

If we take a breather, and think for ourselves, we'll see how unsound the idea of multitasking is. Sadly, multitasking does not allow us time to take a breather and think for ourselves. More often than not, multitasking lands us in a tangle of chaos and confusion. Matt Salzberg, Founder and CEO of Blue Apron, says, “Some entrepreneurs think it’s a luxury to have accounting, finance, or other support functions, but it’s important not to be afraid of spending resources early on for administrative efficiency. If you don't have someone to do that for you, you'll end up spending all your time on things that aren't critical to growing your company,” as stated by Mashable.

Hire right, and resist the temptation to act like a superhuman, trying to do everything yourself.

“One thing I have learned building Grand St. is the value of intense focus. Trying to complete only a few things each week means doing an excellent job on all of them, whereas trying to do the 27 things I want to do usually results in mediocre or incomplete work. The same goes for the product itself – there's a laundry list of features we want to add, but keeping the experience simple and uncluttered makes us really focus on what our users really want,” says Amanda Peyton, Co-Founder of Grand St.

Keep off multitasking as much as you can.

You have a great product idea. You spent all your time building it. But have you spent enough time on your consumers? Many entrepreneurs fail their startups because they simply did not complete the product story. They skipped the critical bit, which is the product-consumer connect. “A lot of new founders think, 'If I build it, they will come.' I have news for you: They're not coming and you're not going to 'go viral.' Services don't spontaneously go viral. High virality is almost always the product of early and deliberate product design decisions. Spend some serious time thinking about how and why people are going to discover and share what you're building,” says, Jeremy Fisher, CEO of Days and Wander.

Failing to plan is planning to fail. This may be a cliché, but it’s not a lie.

“Building a product is like packing a suitcase: Plan out what you think you need. Then remove half,” says, Jonathan Wegener, Founder of Timehop and ExitStrategy

An unhealthy obsession over getting funded

Getting funded is wrongly mistaken for success these days. And because this wrong notion is spreading fast and wide, many new entrepreneurs are following the trend and getting too obsessed with landing a plum funding. In the bargain they lose focus of their core business and end up losing more than they should.

Brian Garrett, Co-Founder of StyleSaint and Venture Capitalist, says, “Many young entrepreneurs think that raising VC money is a measure of success. There is a lot of money chasing bad ideas. The only thing that matters is building a viable, growing and profitable business.”

Claire Mazur, Co-Founder of Of a Kind, advises young entrepreneurs to stay off fundraising if the business is doing well. “If your business makes money, you may well be better off not fundraising, and in doing so, retain control and ownership of your business. And if your business doesn't make money (or have a solid plan as to how it will), then perhaps there are some bigger issues to tackle before you start pitching investors,” she says.

Trying to prove yourself right to every Tom, Dick, and Harry

Come to terms with it – not everyone is going to believe in your idea. The world demands results. And there are too few in this world who have the ability to recognise ability. Your job is to find the few and pitch your idea to them. If you come across resistance, doubt, or discouragement, just politely move on and move forward.

Derek Flanzraich, Founder and CEO of Greatist says, “Among the biggest mistakes I made when fundraising early on was trying to turn every nonbeliever into a diehard fan, working to convince everyone who pushed back that they were wrong about Greatist and about the space. What I quickly learned was that it was more productive to find the investors who already believed, who were already my fans, and capitalize on the potential for them to become my biggest champions. I think a lot of new entrepreneurs face situations like this, and the quicker that realization comes, the easier the fundraising process can be.”

Being too democratic for your own good

It pays to have your ears to the ground. But if what you hear is a cacophony of conflicting ideas, you're better off left to your own devices. First-time entrepreneurs, more often than not, try to challenge the straight jacket, status quos that choked them in their corporate past. In doing so, they tend to be over-democratic by inviting every single employee to share their feedback on every single thing they do. This is a grave mistake.

“A startup is not a newly democratic nation state: Not every decision needs to be made by the collective. While we love getting ideas from our team and have seen some stellar product development and user experience decisions generate from brainstorming and having an open office environment, we try not to let everything come to a vote. We hire smart and capable people to come up with an idea and execute it: Not to have to balance the opinions and feedback of everyone, all the time,” says Elizabeth Scherle, President and Co-Founder of Influenster.

Allison Beal, Co-Founder and CEO of StyleSaint, says, “You will have a ton of people constantly sharing their feedback and opinions of your business with you. It's easy to get wrapped up in it and want to tweak things immediately. Keep in mind that people will give you feedback based off of their market knowledge and domain experience — it is your job to apply that knowledge to your company without losing sight of your vision.”

“Anything worth doing is worth doing right.” said Hunter S Thompson. So, start right, avoid the traps, and stay alert on your way to success.