Ranchi’s water crisis continues to worsen. What can be done? 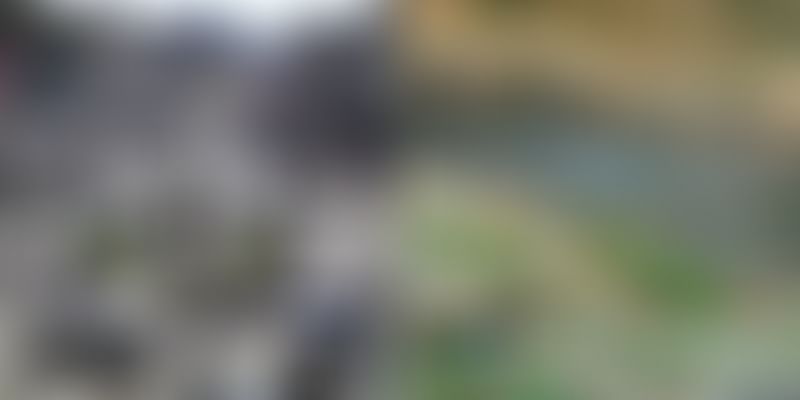 Ranchi, like many other cities in the country, is reeling under a severe water crisis. Managing the existing water bodies is one way of taking care of it.

Ranchi, the capital of Jharkhand, has gained disrepute for the plummeting groundwater level and water shortage in its dams. Once a settlement of the indigenous communities of Munda and Oraon, the city, located in the coal-steel belt of India, has witnessed unprecedented growth since 1869.

As per the census in 2011, it is home to around 10.73 lakh people. The city’s growth as an industrial urban centre began in the 1980s but declined when some public sector units like Heavy Engineering Corporation curtailed their industrial production here. This, however, did not put a complete stop to the city’s growth. Its population has grown at about 4.38 percent per year, higher than the national average of two percent. This has put tremendous pressure on the city’s water resources.

Most of the city’s 315 localities, most notably, the densely populated areas like Ratu Road, Harmu, Doranda, Dhurwa, and Morabadi, were declared dry zones this summer because of the acute water shortage. The situation got so grave that as a last-ditch attempt, some people walked barefoot on the burning coal to propitiate the gods for some respite from the alarming water situation.

The crisis this past summer was severe enough for the Jharkhand High Court to intervene suo motu on a public interest litigation (PIL) and seek reports from the city’s 55 ward commissioners. The court noted that the water had become costlier than gold and stressed the importance of conservation to tide over the dry spells.

Ranchi has difficulty in groundwater retention as a good part of the city sits on hard rock like Chotanagpur granite, quartzite schists, older alluvium, and laterite. “Ranchi has limited groundwater, considering its granitic rock system, which has poor water-retention capacity,” says Shreya Shrey, a geologist at Geological Survey of India. “Granite and quartzite are poor water-bearing formations with water present only in the fissures. Most of the rainfall (1316 mm) the city receives annually flows away due to surface runoff,” she adds. The Central Ground Water Board (CGWB) also warns that the water level tends to decline in the deeper aquifers in the city. “The city’s Kanke block is overexploited while Ratu and Ormanjhi blocks are in the semi-critical category regarding groundwater,” says TBN Singh, senior hydrogeologist, CGWB. As per a survey by the CGWB, the city’s groundwater was depleting by 90 cm to 1m every year.

How the citizens get their water

The situation in the city is such that the residents are depending on the water supplied by the municipal corporation for drinking as well as domestic usage. Last summer, when the situation became grave, additional water tankers were deployed and water rationing was done. The court directed that grievance redressal cells be set up and the civic authorities publish the time and place of the water supply in each ward in the newspapers. The Ranchi Municipal Corporation or RMC chose to push in hundreds of hand pumps to give an instant reprieve to the residents in its localities.

The water from the rivers is treated in plants before being supplied through a system of overhead tanks and pipelines. Ranchi is divided into four distribution zones for water supply. The drinking water and sanitation department, in which the city’s water supply responsibility is vested, supplies water to 70 percent of its population. The responsibility for the planning and design of the systems rests with the RMC. The responsibility of storm water drains and solid waste management — right through planning, design, execution, operation, and maintenance — lies with the RMC. There is a lack of coordination between these agencies and their accountabilities remain blurred.

As per a report of the India Smart Cities Challenge, a competition for municipal bodies in India, Ranchi meets the 135 lpcd water supply benchmark. However, the non-revenue water in the city is very high at 70 percent. Eighty-three percent of the streets have a water distribution network and 48 percent households have water connections. The city does not have proper sewerage or a storm water drainage system and there is waterlogging during monsoon. With over 100 mm rainfall a day in July last year, the gaps in Ranchi’s urban bodies’ preparedness to tackle a water crisis was evident.

The city’s water connection application and water tax deposit have been made online since August 2015, improving the collection efficiency up to 30 percent of the water supply-related charges. As per a report of the Smart Cities Challenge, “A project worth Rs 30.8 crore is underway in the city for the provision of missing water pipelines. Seven percent of additional households in the city will be benefited by this year-end.”

Works in progress to deal with water shortage

“Although Ranchi has four rivers passing through it, all of them have been turned into drains because of the high pollutant discharge,” says BN Tirkey, retired director, Geological Survey of India. The number of ponds in the city has declined from 40 to 28 in the last decade and a half.

“Work on desilting of the Kanke Dam and the construction of a water supply project is underway to deal with the water scarcity, but enhancing the water availability in the reservoir or creating new reservoirs is not the solution,” says Tirkey. “Steps need to be initiated to recharge groundwater which is being indiscriminately extracted. Also, while rainwater harvesting has been made mandatory for apartment blocks and other high-rises, Ranchi Regional Development Authority (RRDA) building rules and bylaws says the compliance needs to be ensured by the urban local body,” he adds. While the groundwater department raises alarm about the city’s depleting water levels, the RMC continues to grant permissions for more tube wells.

Harmu River, which rambles through Ranchi, empties into the Getalsad reservoir, a source of drinking water for the city. Toxic effluents stink up the river while the city continues to discharge its untreated water into it. The river that looks more like a debris- and sewage-infested storm drain flows into the very source of the city’s water supply. The quality of the water is affected and more efforts are put into treatment and disinfection in the reservoir’s respective plants.

“The colour of the water flowing in the river has turned brown due to the continuous dumping of untreated sewage into it,” says Nisha, a resident of Arghoda. The district administration and the Jharkhand State Pollution Control Board fail to monitor the heavy flux of sewage resulting in untreated effluents flowing into the river. Even the city’s water bodies like Arghoda Lake are not spared as untreated domestic water is let out into these. In the absence of an underground sewerage system and treatment facilities, the housing board lets in all the sewage and other effluents into Harmu River and its tributaries as the RRDA and RMC look on apathetically. This is in contravention of the provisions of the Water (Prevention and Control of Pollution) Act 1973.

Despite directives from the high court to the municipal authorities to control direct and indirect pollution, it continues unabated. Many residents claim that they have taken this issue to the notice of the district administration but there has been no action from their side. “Hundreds of unauthorised small units which do not have an effluent treatment system discharge the effluents in the river near the Muri Road bridge,” Soma Das, a resident, says.

“Like in other cities, here too, following a PIL by a river protection group, the blame is primarily attributed to and disciplinary action directed at those who settle along the river like us,” says Raju Singh, one of the residents. He says the department has pocketed Rs 40 crore in the name of Harmu River’s beautification but did nothing to revive it. Raju’s temporary hutment was among the 50 ‘illegal’ houses and shops that were bulldozed for encroaching on the river. Desilting and revamping of the 11-km stretch of the river are nowhere to be seen.

Is there a way out?

Decades of environmental ignorance, gallons of sewage runoff, and more recently, industrial sludge being diverted into the river have brought Ranchi to this pitiable state. “The municipal body, the state housing board, and the Jharkhand Pollution Control Board need to get their acts together and restore the river as a healthy ecosystem,” says Shrey. What is needed is a natural river and not a cement-lined channel. A proper system for transportation of sewage and sewage treatment plant of desired capacity should be installed. Once the river becomes sufficiently river-like, it will be a huge turnaround for a channel, which most consider a storm sewer. “And that may end Ranchi’s water woes. And there will be no need to look at newer water sources,” says Das. City officials and citizens need to join hands to solve the water crisis.