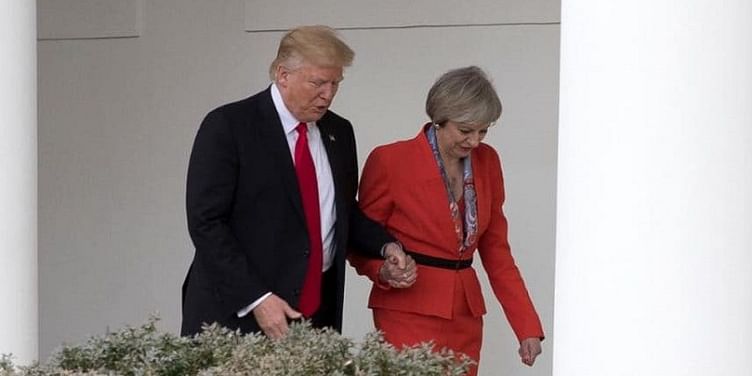 Prowse told the unnamed aide, "Please pass Mr Trump's regards on to Theresa because really he is such a lovely man and he had such a lovely time with Theresa he just wants to pass that on to her, OK?” referring to Theresa May’s recent visit to the USA. The aide, who fell for the prank, replied: "Of course, I will certainly relay that message."

According to The Sun, during the six-minute call the prankster claimed to be 'Jeff Arnold', an assistant to Trump's communications chief Sean Spicer.

Prowse then asked for information on the Prime Minister’s favourite flowers.

The aide who was not sure of the information called him back and informed him that the Prime Minister preferred hydrangeas.

A spokesman for No 10 declined to comment on the embarrassing incident.

Meanwhile as Trump battles opposition from various quarters in his country, May too is facing a lot of criticism for ignoring women’s issues. Though she is the UK’s second female prime minister, the leader of the Women’s Equality party, Sophie Walker, said that May’s silence on women’s issues has been “deafening”. She criticised the government for its lack of action on pay transparency, childcare and social care.

Sophie Walker also said 2016 had been a testing time for women in politics, despite May taking over as Prime Minister and added that the election of Donald Trump meant politicians could no longer deny the scale of sexism in politics. Trump had recently seen women protesting against his misogynist outlook during the women’s march in January.