I am a fighter: The hard-hitting story of a rape victim, her struggles and the power of motherhood 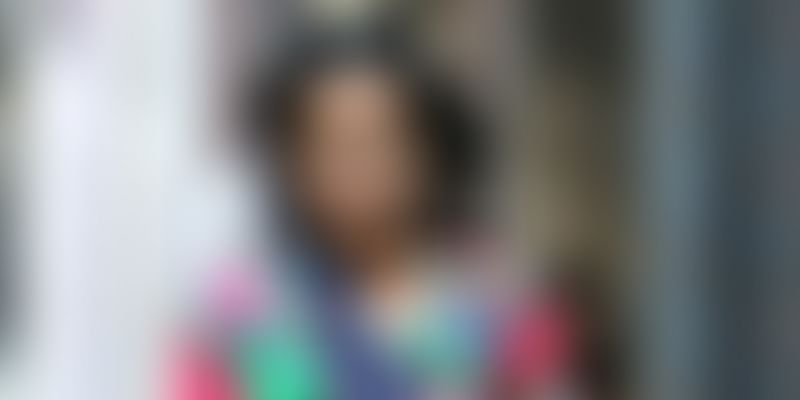 Survivors of abuse show us the strength of their personal spirit every time they smile.

Guts and courage are not easy to come by, especially when you have to speak up with the truth, a truth that shatters a lot of stereotypes and beliefs.

This is the story of an innocent woman, Nilu, who grew up in a temple after the demise of her parents. She was raped when she was 15, and was left alone by the man after she became pregnant. Getting to know about the pregnancy, the uniformed man fled. At first begging in the temple to feed herself and her infant, she was later sold to a brothel. Having battled an alcohol addiction and been forced to cater to the needs of drunken strangers, she is still hopeful, and anticipates a better life for her child.

The fighter that she is, even after being infected with tuberculosis and HIV, she perfectly sums up the virtues of motherhood and the lengths a mother can go to for the well-being of her child. Speaking with Humans of Bombay, here is what she said:

I grew up in the temple, where the priests told me that my parents died after I was born. I don't remember seeing them. I became a young mother around the age of 15, after being raped by a uniformed man back in Nepal. I remember playing in the temple with no idea of what is the world when life changed for me. The father of the baby ran away as soon as he discovered that I was with his child. From being a carefree teenager, I began begging in the temple for myself and my daughter — we lived on the crumbs and clothes people gave us.

I continued living in the temple and cooking for them in exchange for shelter when I was approached by a man — he used to come regularly to the temple. I was cooking on the chulha one day when he called me and said, 'If you come with me, I will take you to my sister's place in India. There won't be any tension of money then.' As a scared girl of 16 with a baby, I eagerly nodded my head and followed him blindly, because I was desperate to get my daughter out of the situation we were in. However, after I reached Pune, I realised that I wasn’t going to work as domestic help. The 'sister' he had mentioned was a brothel keeper, and I had been sold for Rs 1 lakh. I cried so much that I used to turn red. I refused to work in that trade for the first five months that I was in Pune. I used to be beaten with sticks and slapped until I bled by the agent who bought me. He used to force me to go with a man who repelled me. The man used to drag me and force himself on me.

Soon, this agent sold me to a seth in Bombay for Rs 60,000, as I was too difficult for him to manage. The seth was nice. Once I came to Mumbai, life was pretty different. I started willingly going for the kind of work which I refused earlier, because I had no other way to feed my daughter. I used to leave her with a lady nearby, who I paid Rs 4,000 every month. By this time, I was already infected with TB and HIV. I was a lost and wasted life, when I was young itself.

Nine years in the brothels of Mumbai, numerous fights with the brothel keeper, alcohol addiction, living in deplorable conditions, and entertaining drunk men; I finally chose to leave the area when hope was offered to me by Purnata.

I dream of living with my daughter together someday, who is now in a hostel. Hopefully, I will get a good employment after finishing my training. My life is about her now — I don’t know how long I’ll live, but I want to make sure she’s educated and supports herself. My life has been miserable, but I draw strength and motivation from wanting to raise her well. The strength I’ve had these past few years has been solely because I’m a mother…else I’d have given up long back. But I won’t give up — I’m not ready to let these men, who came night after night to break me. I’m a fighter…I won’t let them win.

Nilu's powerful confession is something every citizen in India has to know about, for we all have to do our part in making sure such horrors aren't repeated.

As Agatha Christie quoted, "A mother's love for her child is like nothing else in this world. It knows no law, no pity, it dares all things, and crushes down remorselessly all that stands in its path."