5 tips on becoming a successful entrepreneur 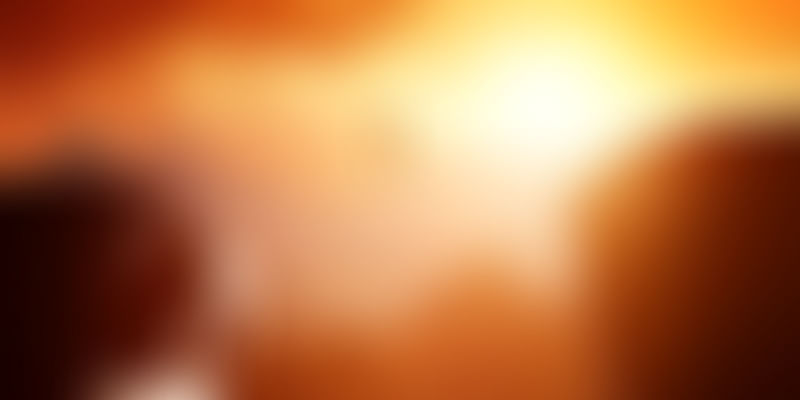 The way to get started is to quit talking and begin doing – Walt Disney. Think big and flood your mind with positivity to achieve success while starting up

Running a business is a learning curve and is not for the fainthearted. You have to decide what you want and then wholeheartedly commit to it, which more often than not is a surefire way to succeed. The success that you seek ultimately lies within you.Entrepreneurs are often misunderstood as a group of daring pioneers with big personalities, a huge appetite for risk, and absolutely no fear of failure. Though this might be true for some founders, a large majority of entrepreneurs have their moments of doubt and often lose control of their emotions. What sets them apart is the passion and unfailing vision that they have for their idea.

As a fellow entrepreneur whose biggest ambition is to grow and help others grow and flourish, I have compiled some tips which could make the journey a little bit easier.

Don’t wait for an opportunity, create it: always ‘be a doer and not a talker’. Post the information revolution, creating value-added opportunities has become easier than ever. The primary responsibility of a possible leader is to define reality. Always consider what would be the most important facet of your target market and how the product or service that you create can benefit them. What potential problems does it solve, how would it help them overcome obstacles or create prospects for them to do their jobs better? Do not go by what you “assume” your customer would want, instead solicit honest feedback through surveys on a regular basis. The next step towards converting the idea into a successful opportunity is to conduct an unbiased SWOT (Strength Weaknesses Opportunities Threats) analysis.

Sweat the small stuff: a company will go a long way if the founder and employees pay attention to even the most minor details, which often have the power to make or break it. Networking, maintaining a brand value, maintaining a strong social media presence, and impeccable customer service might seem like minor things in the short run, but in the long run, this is what will set your business apart from others. Making sure that you hire talented and inspired employees who will give the business their all should be the priority, an area that too many business owners neglect.

You’re not invincible: too many entrepreneurs make the mistake of firmly believing that they and their company are immune to failure. This is not the case even if you are a serial entrepreneur who has been at the helm of various successful enterprises. Do not make the mistake of considering overconfidence as determination. An entrepreneur who begins to think that they are better than everyone else is bound to fail sooner or later.

Concentrate on what you do well and then do it better than anyone else: each and every one of us has a unique set of talents and abilities. While your skills may not always be anything out of the ordinary, you can often work miracles with what you have, just by believing in yourself. You can see that your work will speak for itself, especially when it is something that excites you, despite the growth and ubiquity.

Protect your dream: as most entrepreneurs know, you will most likely fail. But it is important to remember that, as said by a motivational speaker Zig Ziglar, “If you can dream it you can achieve it.” Even if it becomes obvious that your business model might not be “the one”, regard it as a detour towards success. Failure is a necessary part of the business, although admittedly it is a myth that those who failed once will succeed in their next endeavours.

There are numerous entrepreneurs globally and in India who have become a roaring success by overcoming their many obstacles. They live out their core values every single day and think of it as a critical capital investment in their business.

One of the most iconic examples is that of Steve Jobs, Co-founder of one of the largest technological companies in the world Apple Inc. Adopted by a lower income family, Jobs dropped out of college because he did not think that a degree would benefit him in any way. He was fired from the company that he himself founded, wherein he went on to start two more extremely successful firms and then went back to revive Apple from bankruptcy.

A lesser known instance is that of Chris Gardner, an American businessman, motivational speaker and author, who attained unmitigated success in stock broking. Despite being held back by his race, homelessness, not having received a formal college education, and being a single father, he went on to become the founder of one of the most successful stockbroking firms in the world.

There are other people closer to my heart, especially fellow Indians who went on to overcome many personal and professional struggles and become hugely successful. Their biggest achievement lies in the fact that they pursue entrepreneurship dispassionately and be responsible corporate citizens at the same time.

Muki Regunathan, a fellow South Indian, failed seven times before he started an extremely successful digital agency. He is an angel investor in numerous startups today and since day one has encouraged his employees to become entrepreneurs, a concept that is still catching up in India. In fact, there is no dearth of examples in India itself of individuals who have challenged status quo, dreamt big, and made it all happen.

People like them inspire me every day to lead an extraordinary life and be a leader who people can look up to. For as Friedrich Nietzsche, a German philosopher, once said, “To do great things is difficult, but to command great things is more difficult.”

Successful entrepreneurs have intense ideas for their future and are always asking themselves “What next?” All said and done, my journey like most entrepreneurs has also been providential in a way. I have had my fair share of ups and downs. The ultimate lesson that I learnt during the journey is one that is often repeated – Take your time building yourself and your company. Prior to starting up my own firm, I had long conversations with a close friend about the idea and he then went on to become my co-founder. As first generation entrepreneurs, who had just returned from the USA, our vision seemed immense and imposing but our dedication to achieving this was absolute.