From a 1977 recording studio to the 2017 YouTube era: Story of Sudeep Audio 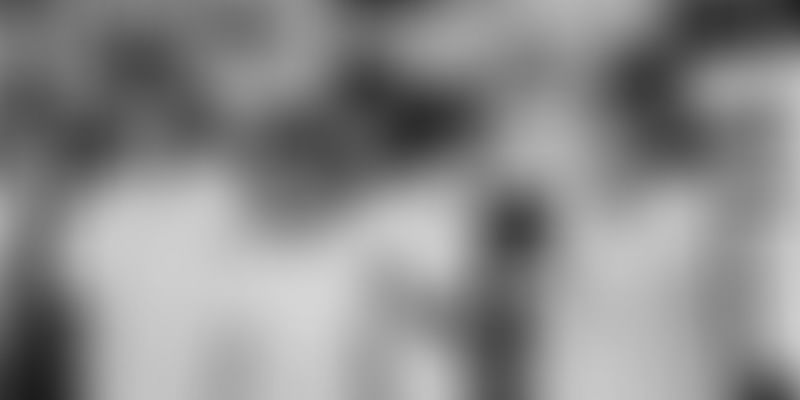 September 23, 1977 was when the first recording happened at Sudeep Audio, a home-based recording studio. This is a story of the studio's journey over the next four decades...

Nikhil Mehta is a kind, industrious man. With an M.Sc. from the Royal Institute of Science in Mumbai, the 82-year-old started his career by setting up a few businesses, like a corrugation factory and an electronics coaching class, but struck a melodious note when he accidentally came across a music album recording job. He ended up opening a 1,250sqft studio with some very basic equipment, some of which was borrowed.

When he was 42, Nikhil roped in his 18-year-old nephew, Sunil Mehta. With the help of a studio consultant, they worked out a list of equipment to be imported. Armed with a bank loan, Sunil travelled to Dubai and Singapore to procure the equipment. The import duty was in the range of 350 percent back then! Today, the duty ranges from 18-40 percent.

At that point, Mumbai was home to primarily film recording studios, and around 8-10 smaller studios for radio commercials and private albums. (TV was just coming to India then).

The next task was to spread the word among musicians and music labels about the startup studio. Sunil’s mother, the late Kishori Mehta, had turned into a producer herself, and commissioned several Gujarati album recordings at the studio. One of her projects was the first-ever Bhagavad Gita series (narrated by Harish Bhimani), sung by Kavita Krishnamurthy, and many others. The year was around 1979.

Nikhil learnt recording techniques on the job and handled it very well. Sunil used to handle recordings for certain clients like Bamboo Beats at the studio, and he then ventured into other businesses like ship broking etc.

By word of mouth, recording projects starting flowing in. Nikhil’s recording expertise, generosity, when it came to billing, and calm disposition were the highlights of the studio.

Some well-known recordings that happened at the studio in the 1980s were Amol Palekar’s Kachchi Dhoop, Chandraprakash Dwivedi’s Chanakya, and remixes by Nandoo Bhende and Lesle Lewis, albums of Anuradha Paudwal, and several others. Nikhil also used to be a master editor on spool tape that got him work from Sunny Super Sound (a studio owned by Dharmendra). And he also did editing work for some songs from the movie Mr. India.

The Move to Ahmedabad

By mid-nineties, Nikhil wanted to retire to a quieter city. So he chose to shift to a then sleepy-town - Ahmedabad. The studio was also shifted. By then, Sunil was already into his own cassette and CD replication business, and into building construction material distribution in Mumbai.

In Ahmedabad, Nikhil set up the studio in his bungalow basement and undertook audio archival projects. The digital era was slowly setting in. And he worked on transferring and mastering Indian classical music recordings for Sangeet Kendra, which was owned by the late Geeta Sarabhai.

He recorded folk instruments for Ram Leela as his last recording project at the Ahmedabad studio premises in 2013.

Many top musicians of today have started off their careers from Sudeep Studio, and their eyes glisten when they remember their initial recording days with Nikhil.

Nikhil’s son Aditya, who now holds the fort, ensures Sudeep Audio stays with times. He had grown up in the studio environment. “After school I would dump my bag at home and get into the studio that was 50 steps away,” he recollects fondly.

“I always thought that I will be the studio engineer after college. But then my dad not only decided to shut shop in Mumbai, but to also leave the city,” he exclaims. Aditya continued to live in Mumbai but then moved to Ahmedabad to complete his graduation, and then again moved to Mumbai for his MBA at NMIMS. He then found a job and did well, but soon after his father’s health dwindled a little which felt like a clear call to Aditya to drop everything, and come back home.

“My 20 years in the studio life while growing up is the only thing I could think of doing. The dotcom crash had just happened. And I thought of building an online community of musicians, sharing information on equipments, etc. on a website,” says Aditya. And thus came up www.sudeepaudio.com in early 2000.

An interesting break came in 2002 when Aditya got an email from Mariano Ethcepareborda from Switzerland. He had developed a music software on his own that played tabla loops, and wanted an Indian partner to help it grow. “I met him in Pune where we struck a friendly bond. I promised Mariano that I would take this product to AR Rahman one day,” says Aditya.

On the website, Sudeep Audio started adding new products from other software vendors in India, like Promusicals (Chennai) and Furtados (Mumbai). Learning to design the website himself, Aditya patched up India’s first pro audio web-store with a payment gateway on September 23, 2003.

“In 2004, as promised, I was handing over the SwarPlug software to AR Rahman at his Chennai studio. This software is the world’s only Indian music dedicated product,” says Aditya.

But hardly anyone bought online. Aditya, the one-man army for the digital wing, used to go from studio to studio to talk about their products. He says,

In 2007, Salim, Sulaiman and Aditya formed a company called Philtre Labs, which produced the first Bollywood sample library that is being used till date in music production work. None of us have taken any salary out of this company and are working on creating and releasing more sample banks in the near future.

By this time, SudeepAudio.com was paying its own bills, hired more people and focussed on selling originals with a mission in order to reduce piracy.

A branch office came up in Ahmedabad in 2010 from where they designed and maintained websites for several musicians like Shankar-Ehsaan-Loy, Clinton Cerejo, Sandeep Shirodkar etc. “Moreover, for every software sold on the website, we offer anywhere between Rs 800-Rs 2,000 to GiveIndia.org for a cause close to the buyer’s choice. The donation is gifted in the name of the software buyer and this is from our own profits. This has been our policy since 2003,” says Aditya.

“Over the years, I realised that common people did not understand how music gets made,” says Aditya. There’s no one talking about sound engineers, music producers and the people behind the scenes. They invested in a video recording studio and started interviewing musicians, sound engineers etc., to capture their journeys, struggles, and more.

“Today, with over 350 videos, the channel has got 11,000+ subscribers and about to cross two million views,” says Aditya. And today at the age of 82, Nikhil Mehta still edits and uploads these videos on YouTube.

Sudeep Audio has never been funded by investors. With the advent of giants like Amazon, Flipkart and the likes, Aditya shares,

I am happy there is competition in our industry also. Otherwise, one tends to become complacent. Yes, at SA we don’t have money to splurge. We don’t even have fancy offices or HR programmes. A weekend ice cream cone keeps everyone happy at work. Salaries have been timely till date.

The company earnings today take care of four employees and their families at the Mumbai office and three in Ahmedabad. “We don’t pay big salaries, but it’s enough to pay bills for basic needs and a little more. Not one employee has left the organisation in the last 10 years,” says a proud and happy Aditya.

But now margins have shrunk a lot. And sometimes they wonder how anyone can sell on these marketplaces at a loss. And how much loss can one keep bearing? “But the music industry always stands up for its people. There have been a few who negotiate for Rs 100 discount also. But many customers who had gone elsewhere to save a buck end up coming back to us for one reason or another. That keeps us all at SA hopeful of survival,” he says.

On a personal note Aditya concludes by saying,

My classmates from NMIMS earn five times more, and our family hasn’t been on extravagant vacations ever, but would I trade this journey for anything else? Absolutely not. I switch off my phones after 7pm and on weekends. We moved to a quieter city and the only pursuit is that of a joyful, peaceful life filled with a strong drive for honest work.