Why Delhi gasps for fresh air, despite having one of the largest urban forests at its centre 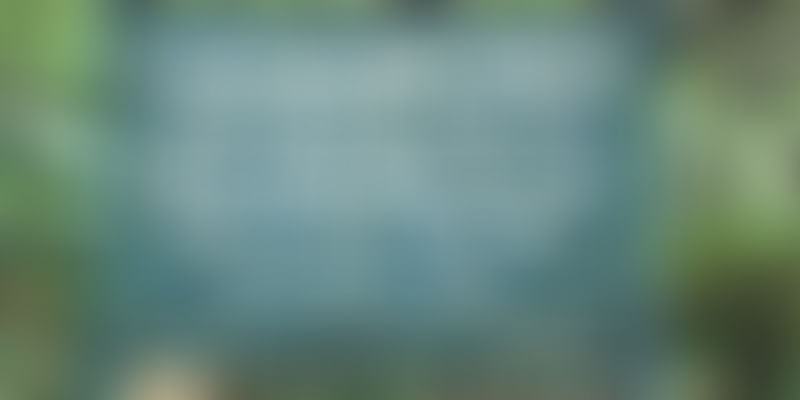 It may come as a surprise to many that Delhi, a bustling metropolis and home to a population of over 18.6 million, has one of the largest stretches of forests in the country right in the middle of the city. Yes, lying fully within the city’s limits is the incredible Delhi ridge that comprises vast stretches of natural urban forests. Considered the city’s green lung, the ridge guards it against hot winds from Rajasthan. Both the Mughals and the British did their part of maintaining the Delhi ridge, apart from nurturing the gardens dotted with native trees in the city.

Pressure on the ridge

The northward expansion of one of the oldest mountain ranges of the country – the Aravalli range which terminates at the Yamuna – the ridge not just provides fresh air and helps the city combat the mounting pollution, but it also serves as catchment to the city’s water bodies and provides a distinctive ecosystem vital for the area’s ecological health. The deciduous, arid scrub forest of the ridge prevents soil erosion and its fractured and porous quartzite rocks help recharge groundwater, says Sohail Madan, who heads the Conservation Education Centre, Asola Bhatti Wildlife Sanctuary. This is a community-based urban sanctuary run by Bombay Natural History Society for the Department of Forest and Environment, Govt. of NCT of Delhi.

Administratively divided into four zones, the Delhi ridge, covering over 7,777 hectares of reserved forest area, offers a refuge from the bustling city. “This is a good place for Delhiites to experience the quietude of nature in all its range,” says Geeta Yadav of Conservation Education Centre. Like 38-year-old Vivek, a tree enthusiast, for whom a weekly trek through the ridge is therapeutic and provides a break from the city’s exhausting life. He spends time walking, jogging or simply experiencing the tranquility of nature here.

“We run awareness programmes about the ridge at Asola Bhatti Wildlife Sanctuary through the year to disseminate information on the rich biodiversity of this wildlife sanctuary and the ridge. The open scrub jungles of the sanctuary is home to over 250 species of trees, 200 species of birds, 10 species each of mammals and reptiles, 8 species of amphibians and 90 species of butterflies,” says Geeta.

This, however, did not stop people from looking for profit in the ridge. It has been mined through the years for minerals, mica, stone, and sand, turning the forest into pits and hillocks. Extensive mining at the Bhatti Mines area had brought the water levels down significantly and ruptured many aquifers in this region. Following citizens’ protests in the 1990s, government notifications providing protection to the ridge were issued. “The government notifications brought an end to all the mining and construction. Some native species like babool, imli, and arjun got planted at the Asola Bhatti sanctuary, but many invasive species took over the space,” says Madan.

The ridge, however, was far from being preserved. More threats came in the form of development works like roads, residential and commercial complexes reducing the thickness of the forest. Many a time, these works were done without the required environmental clearances. Not just illegal settlements, even public housing has encroached the ridge.

Taking a leaf out of the colonial administration’s book, manicured gardens like Mahavir Jayanti Park near the ridge started getting more prominence. “The indigenous forest species like dhau and dhak have given way to garden plants, invasive exotic species, and Bougainvillea hedges,” says Ishtiaque Ahmed, a zoologist with the Conservation Education Centre. “They colonise natural areas and threaten the biological diversity,” he adds. Wide, motorable roads continue to snake through the ridge, many of them owned by the Delhi Development Authority (DDA). All this has given way to empty spaces and vivid concrete jungles, Vivek observes. The area is also faced with the problem of littering and dumping of construction debris these days, with the DDA turning a blind eye to such activities.

Efforts are being made to save the ridge but without proper vision or planning. “For protecting the natural vegetation in the Bhatti Mines area which was subjected to extensive mining earlier, the forest department set up an Eco Task Force and undertook a rehabilitation project to restore the ecological balance by harnessing, conserving, and developing natural resources,” says Madan. “But the problem is, there are multiple agencies involved in the management of various stretches of the ridge like the forest department, the Delhi Development Authority, the Municipal Corporation of Delhi, the New Delhi Municipal Corporation, the Central Public Works Department, the Army and the Sports Authority of India. These multiple agencies are a massive governance dilemma,” he adds.

A ridge management board, comprising government officials and environmental activists, has been functioning as a non-statutory body since 1995 to protect the ridge and prevent violations of the Forests Act. There have been instances where it exposed brazen violations of various norms, but the board lacks teeth. A Central Empowered Committee of the Supreme Court had also held that any non-forestry use of land in the ridge would only be permitted after clearance from the board. Legal notices from the court have failed to protect the ridge and the claim of land developing agencies like DDA has been strengthened instead.

In a bid to protect the ridge, the Centre, in December 2016, extended the ban on mining, which was earlier applicable only in certain pockets of Gurgaon, Haryana, and Alwar in Rajasthan, across the Aravalli range in the national capital region (NCR). The Centre also asked the states to declare rivers and tributaries flowing through it as national conservation zones and increase the green cover by six times.

Ravi Agarwal, director of Toxics Link, a Delhi-based NGO writes in an article that the Delhi ridge is under threat and that the pressure from the citizens is the only reason some of the encroachments and development activities have been resisted. Citizens groups like Citizens for the Preservation of Quarries and Lake Wilderness (CPQLW) and the Ridge Bachao Andolan have been actively fighting the case against unplanned development like malls in the ridge area. Voluntary organisations and citizens came together under the banner of a Joint NGO Forum to save the Delhi ridge with prominent NGOs like the World Wildlife Fund, Kalpavriksh, and Srishti spearheading it.

Agarwal dealt with the issue in an article where he stated that it was time for us to reactivate a public campaign for the Delhi ridge and as was thought several years ago, get the citizens to monitor the ridge area. “It is quite amazing and indeed frightening to be aware of such large scale designs to destroy the Delhi ridge – despite the eye of the Supreme Court –vand that too by mainstream institutions, in complete violation of existing laws right under our noses,” he wrote.

Padmavati Dwivedi, who works for Compassionate Living, a Delhi-based NGO working on promoting green living and who had carried out the first tree census in the capital, had informed India Water Portal earlier that there was an urgent need for a “green draft for Delhi” that could make the capital greener in a more efficient manner. Sohail says, “We need to ensure that new trees being planted are indigenous and not invasive species. We need to also deal with governance issues like doing away with the multiplicity of agencies overseeing the Delhi ridge.” It is only through the collective efforts of the government, the citizens, the courts, and the NGOs that the ridge could be protected.