How 3,000 lives changed after one man quit his high paying corporate job 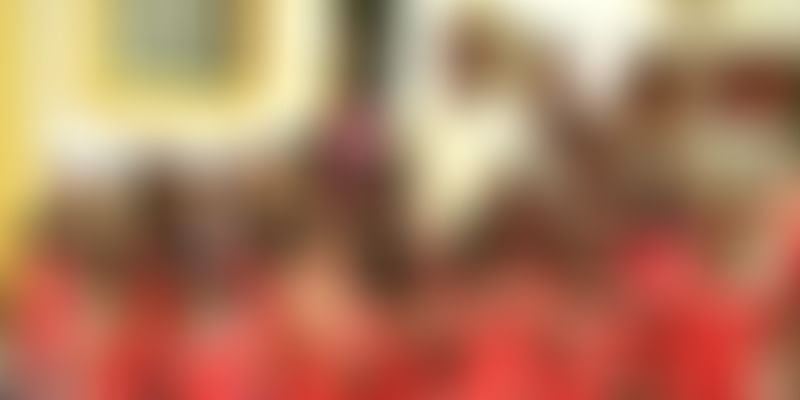 Thanks to Gopinath's efforts, children – from rag pickers to bonded labourers – are now going to school and claiming their fundamental right to education.

“When I grow up, I want to be a policeman,” says 11-year-old Arjuna, with conviction that can shame any adult. Not long ago, Arjuna’s dream would have remained just that – a naïve dream. Orphaned and with only his grandmother for support, this 11-year-old lives a life devoid of any privileges.

Arjuna is one among the thousands of children who pick rags, beg on the streets, and work at construction sites spending their youth without one fundamental right – education. According to the 2011 national census, there are 4.3 million children between the ages of five and 14 who are involved in labour. Progress becomes a hollow word when one in four children do not get the education they deserve.

On the brighter side, Arjuna is one among the thousands who have been taken under the wing of Gopinath.R, who has been rescuing, rehabilitating, and educating underprivileged children for almost a decade now. Having struggled for an education himself, Gopinath was no novice to dire circumstances when, in 2005, he founded Sparsha Trust, an organisation that reaches out to children living in the streets, out of school, victims of sexual abuse, trafficking, and the mafia.

Growing up with the bitter taste of difficulties

Hailing from a remote village in the Kolar district of Karnataka, Gopinath grew up in a troubled home, with an alcohol-addicted father who abandoned his family when Gopinath was only three. The family of four was then forced to live without shelter for a while before a Good Samaritan took them in. This was before the government enacted the landmark Right to Education Act, 2009, which made education a fundamental right by insisting on free primary education for all; so Gopinath and his siblings could not afford to go to school, and were instead compelled to work with their mother.

Gopinath spent each day looking at other school-going kids, wondering why he could not be among them. When his father returned after a few years, promising a changed man, Gopinath left with him for Bengaluru in the hopes of getting the chance to study. His stepmother ensured that he was enrolled in a school, but an overjoyed Gopinath still had to work after school hours with his father.

A social worker in the making

After completing his MSW (Master’s in Social Work), Gopinath joined the corporate world, where he stayed for three years. But he recalls how uneasy those three years made him. “I knew what it was like to struggle for an education, so I wanted to do something for the children who were going through the same thing,” he says. “I had to provide a solution.”

Gopinath got his chance when he came across a Sikh community that had migrated from Punjab to Yeshwanthpura, Bengaluru. He saw that not a single child had reached high school as they were forced to work soon after they turned 12. After some effort, he convinced the parents to send their children back to school, and dedicated two hours every evening after work to coach them with their studies and personality development.

Gopinath tasted the sweetness of triumph when seven children passed 10th standard with distinction. “I was very happy, and I thought, why not reach out to more children?” And so, with that conviction, Gopinath dove into social work. He started a group called Social Worker Association for People, through which he and his associates reached out to government schools, where they counselled slow learners, children with learning disabilities, and those wanting to drop out. He travelled across Karnataka for three years, studying problems of child labour and his role in providing solutions.

By then, setting up tents in quarry areas and teaching and motivating the children living there had become a way of life for Gopinath. With this experience, he realised that he could reach more children through an organisation. And so, in 2005, with a team of MSW volunteers, Sparsha Trust came into existence, with the goal of ‘touching the needy’.

How Sparsha has touched 3,000 lives

In association with the government, Sparsha handles India’s first 24-hour helpline service for children (1098), for Bengaluru and its rural districts. Through this and its field staff, Sparsha has been identifying children in need of help and employs a systematic approach to bring them education and independence.

As Gopinath explains, after identifying these children, the immediate step is to bring them into the Sparsha facilities, which are currently six in number, with six other contact points spread across the city. Once in the facility, the children are enrolled in a bridge school for six to eight months, where they receive personalised education according to their age and ability.

But convincing the parents to send their children to these facilities is an immense challenge, as Gopinath explains, “The parents are dependent on their children for income, so they don’t want to send them away.” In fact, Gopinath is facing similar challenges with Arjuna, as he doesn’t want to leave his grandmother. “We don’t forcefully separate these children from their families. They already come from a tough background. The best we can do is to convince them.”

Once through the bridge school, the children are introduced to formal education. Even at this stage, the challenge is to retain the children. As Gopinath goes on to explain, some of these families are migratory, so even if the children don’t drop out due to financial reasons, they do when their families move.

After a successful formal education, they are reintegrated with their families, and if the family is found unable to support further education, the children are either registered at government or private hostels or childcare institutions, or stay on at the Sparsha facilities. Gopinath recalls several successful stories, such as that of Raghu, a boy rescued from the brick industry who recently completed his pre-university studies. Interspersed with these stories are also cases where Sparsha has had to helplessly take a step back, unable to persuade the families of these children. “This is what every day’s work looks like” he says. “We persuade as many people as possible.”

Sparsha gets an average of 300 children each year, and has so far helped over 3,000. They also provide vocational training for youngsters above 16 years of age, especially those from rural areas, in order to mitigate migration in search of employment. One of the centres is wholly a library, where children can expand their knowledge, and others are hubs through which they can access basic facilities and counselling. They have also set up community tents in quarry areas, where children can attend bridge school without having to part from their families.

“My doors will always be open to every child that needs help,” he says, indicating that a space constraint would actually be a good problem to have, because that would mean that there are more children who now have a better chance at life.