Startupmentor makes it easier for startups to seek and gain mentorship 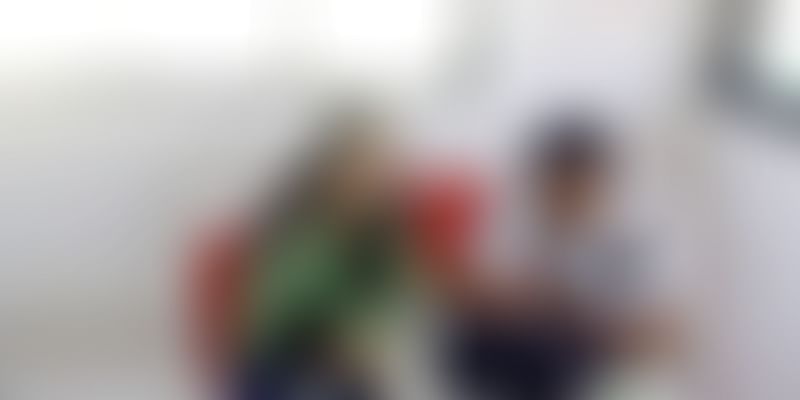 Pune-based Startupmentor is an online platform that helps startups get the right level and kind of mentorship based on the stage of business they are in.

What is the one thing that early-stage startups need? On being asked this very question at a startup conference, a speaker said: mentorship. No surprises there. Mentorship is possibly one of the most sought after skills for startups.

At every stage–early, mid, and even late–startups need a distinct kind of guidance and mentorship. But these aren’t easily available in the ecosystem. It was this knowledge that prompted 49-year-old Girija Nair to create Startupmentor, a platform that focuses on bridging the gap between an idea and a startup, a startup and a scaled startup, and investors and their expectations from their investments in startups.

Girija knew this better, for apart from having worked in senior management positions at brands like Philips, Vodafone, Reliance, and Intellinet for 20 years, she was also part of the startup ecosystem for nine years during which she co-founded Careerfutura and worked with startups like Naaptol.

While working with a startup, Girija came in touch with someone who wanted her to help scale his business. Success in that instance saw more such requests follow. “The extensive reading I did also boosted my confidence in coming out with a model that would fit into the startup ecosystem. So, more than a Eureka moment, it was a gradual realisation of satisfaction achieved from mentorship and a planned entry into the field,” says Girija.

She smelled an opportunity in the pumped up aspirations of youngsters for whom getting onto the startup bandwagon was a means of breaking the traditional career path of taking up a job after graduation. At this stage, it is often only the idea and the aspiration that the youngsters have. Startupmentor screens and validates that idea for market opportunity, salability, and scalability, and then takes it forward for complete mentorship, from idea to investment.

The other opportunity the team is exploring is with startups that are already off the ground, but are looking to scale with or without investments. Startupmentor helps them scale by creating innovative business models and tapping their own resources. “The third opportunity we are looking at is to become the facilitator between investor expectations from startups and the startups themselves. Coaching them on wiser ways of using the investments and getting them to delight the investor with early results are some of the goals we wish to tap,” says Girija.

One of the biggest challenges in starting up was the lack of co-founders. Girija knew that a one man army is far less valued than an organisation with an army of mentors. “So I set out on the path of finding suitable mentors. I found them in my network and explained to them the concept. A few of them, very few, refused, but ultimately, my strike rate was 80 percent, and the guest mentor section of Startupmentor was born,” she says. Padmaja Ruparel, President of Indian Angel Network, is one of the guest mentors on the platform.

The team and its workings

The core team of Startupmentor includes 34-year-old Barun Modi, an engineer with 10 years of experience in digital marketing and development, and Founder and CEO of Agile Business Solutions, as well as 25-year-old Priyanka Pillai, an MS from the University of Melbourne.

Startupmentor begins by acquiring consumers through social media campaigns, lobbying with startup groups, references, and seminars. Once a client comes in, the idea first goes through a validation, based on inputs from the guest mentors and industry experts. The startup team is probed for their ability to execute sale and scale plans, and the source of finance is also verified. Once all this is done, the clients are approved for mentorship.

Mentorship is given via phone, chat, Skype, or any other video conferencing tool. All actions are driven through data analytics. “The MIS (Management Information System), however minor, is diligently maintained and referred to, to make sure that executions are on track and to detect and forewarn of any deviations,” adds Girija. The service ends when the team is able to get an investor to invest in the startup and exit at the prevailing valuation. She says,

Since mentorship is sought by every startup, there are organisations like Startup Bengaluru that work towards the same goal as Startupmentor. There are also events conducted every year by different organisations like TiE, CII, and now even government bodies that can help startups gain some form of guidance and mentorship. Individuals like Sanjay Anandaram, Bharati Jacob, Naveen Tewari, Aprameya Radhakrishna, and Phanindra Sama are amongst much sought after mentors.

However, with Startupmentor, the team insists that startups have only one place to seek guidance. They also claim that most of the mentorship has an ease of use and convenience for the mentor and the startup. The other differentiating factor is the impressive guest mentor panel; those on the panel are all fine examples of startup success stories. Startupmentor’s revenue model for completely fresh startups is to charge a minor retainer fee that startups can afford to pay and sweat equity in the project. For scaled startups, the retainer fee is higher.

Completely bootstrapped, the team is also looking to set up a virtual incubation centre, which will have 24x7 support.