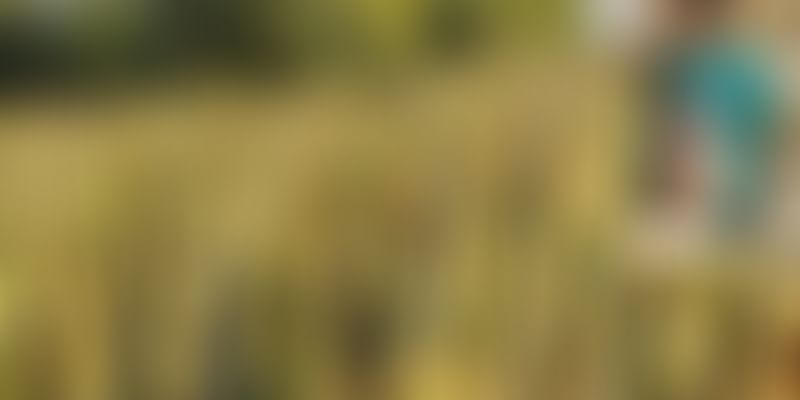 Harish completed his engineering from Jaipur in the year 2012 and took admission in a college in Delhi to pursue his Master of Business Administration (MBA). He got a government job a year later and could not complete his MBA studies. He got a job as a junior engineer in the Jaisalmer municipality. However, it had only been two months when he lost interest in his job and started researching on the alternatives that he could explore.

In a quest of finding his heart's true calling, he met a man from Bikaner Agriculture University. Harish wanted to explore farming options other than the staple jowar or millet. During the discussion, this man advised Harish to think about Aloe vera farming. He wanted to expand his knowledge and, thus, went back to Delhi to attend an expo. There, he received knowledge of new techniques and new-age farming. He also learned about Aloe vera farming and decided to pursue the same immediately. He returned to Bikaner from Delhi and bought 25,000 Aloe vera plants, which he took to Jaisalmer.

Once he began his work, Harish was informed by others that many had tried Aloe vera farming earlier as well, but were not successful. Since no one bought Aloe vera, they replaced their Aloe vera farms with something else. This information made him anxious and he dug deeper to understand what had happened. Soon, he learned that the farmers were not able to connect with the buyers, so no one had purchased their produce. He then realized that this was where he would have to use his marketing skills to achieve success.

While speaking with YourStory, he says,

It was difficult for me as I was very young and had less experience when I started. However, I was passionate to do something different, which helped me in reaching where I am.

He approached a few agencies in Jaipur when he began farming and, soon, signed an agreement with these companies to sell Aloe vera leaves. He then had a discussion with his friends to understand how he could expand his business further. He started extracting pulp from the leaves at his own center. He started selling the pulp, that was being extracted, to many buyers in Rajasthan.

Harish's farm started expanding and this resulted in larger quantities of produce. Looking at the expansion, he started searching for big buyers online who wanted to buy Aloe vera pulp. While speaking about this with YourStory, he says,

While doing my research, I came across ‘Patanjali’ which is the biggest buyer of Aloevera in India. I sent a mail to them introducing myself and explaining my work. I received a reply along with a request for a meeting. It was the biggest turning point as this collaboration changed everything and also resulted in much higher earnings.

He has been supplying the pulp for the past one and a half years to 'Patanjali' which is operated by Baba Ramdev. While speaking with YourStory, he said,

In the beginning, I used to get anxious thinking of how I will move forward and how I could expand the company further. However, with time and experience, I started understanding my work better.

Today, it is not just his company ‘Naturelo Agro’ that has high earnings. The employees working with the company are also receiving high incomes. The collaboration with ‘Patanjali’ has also improved the manner in which the company operates.

Quality control of the produce obtained is highly important to us. We do not want to receive any complaints regarding the quality of the product, thus, we take good care of this at every step.

By earning crores through Aloe vera farming, Harish has become an inspiration to millions in our country. His tremendous success is a motivation and an example to people who want to make it big by doing something unconventional.