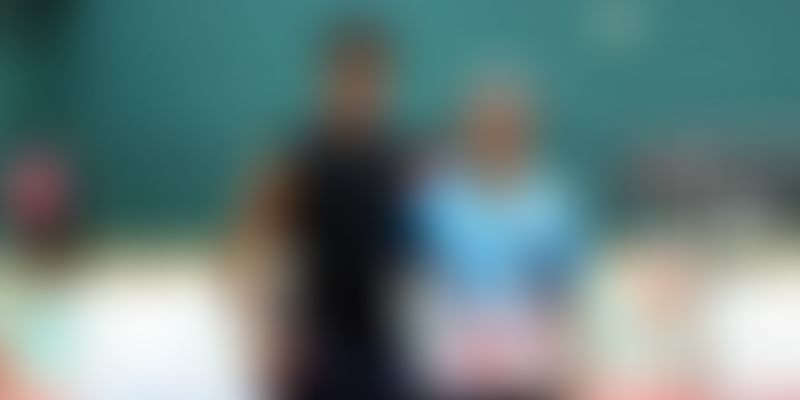 Born with complete hearing loss, he was fortunate enough to have supportive parents who ensured he never felt out of place. Now a badminton sensation, Jehan Daboo is quite the inspiration.

In 2002, when he was just five years old, Jehan received a cochlear implant in his right ear. Although he was able to manage academics and badminton with the single implant, knowing that college would be more challenging, in 2012, he made an informed decision to receive an implant in his left ear as well. Now, he is confident enough around people to cope better with conversations and there has also been an improvement in his ability to follow his coach's instructions.

We worked with him rigorously by doing auditory verbal therapy since the time he was fitted with hearing aids to enable him to learn to listen and speak by using whatever residual hearing he had. As language started becoming more complex, we found that Jehan was finding it difficult to keep up with the pace at which his peers were talking and picking it up. This is when we decided to go in for a cochlear implant when he was five and a half years old.

In a chat with Humans of Bombay, Jehan said,

In 2006, I met my coach here—she called me to see how I play badminton and decided to take me on as a student. She didn’t ever take it easy on me because of my impairment. In fact, she pushed me harder and made me train longer! In 2011, when I was just 14 years old, she pushed me to participate in the World Deaf Badminton Championships. I was so nervous, I was the youngest player there and didn’t believe in myself…but she believed in me so blindly that I took the plunge and participated. Before the game, she said ‘don’t make this competition seem bigger than it is…think of it as just another game and play’ and I ended up winning a silver medal and getting selected to play for India!

I’ve played for India four times after that, and in 2015 I won a bronze medal for India in the Men’s Singles at the World Youth Deaf Badminton Championships. A huge reason for me getting here is that she trained me to believe I could achieve anything. So many times we exaggerate a flaw and let it take over us… but if you just shift your focus you realise that it’s a part of you, but doesn’t define who you are.

The same goes with our decisions—for instance, last year, I joined law school but I recently took the decision to drop out because I couldn’t cope and didn’t see myself as a lawyer. I found myself dreading classes and decided that I’d rather take some time off to figure out what I want to do with my life, rather than forcing myself to get a degree doing something I don’t love. So many people thought I was doing the wrong thing because I was giving up on getting a great degree and ‘wasting time’, but my parents supported my decision and said they were proud that I took control now, rather than later. So now, I’m doing things I love—playing badminton, volunteering, and just figuring out what I want to do—and I’m happy because I know that I have no limitations…and once I find where my passion really lies, I will succeed.

A cochlear implant is a surgically implanted electronic device that provides a sense of sound to a person who is profoundly deaf or severely hard of hearing in both ears and as of 2014, they had been used experimentally in some people who had gone deaf in one ear after learning how to speak.