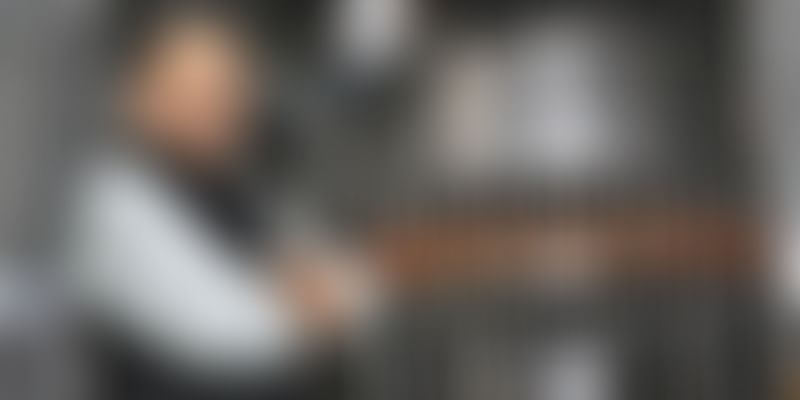 Having started in UP with an outsourced manufacturing unit, Manpasand Beverages is today listed on the Indian stock exchange and has logged revenues of Rs 556 crore.

As was typical of the middle-class Indian families in the 90s, Varanasi resident Dhirendra Singh was a government employee. While working in Vadodara, however, he was bitten by the entrepreneurial bug. Convinced there would always be demand for businesses related to food and beverages, he ventured into that space.

So in 1997, breaking family tradition and with no mentor or capital reserves, he started Manpasand Beverages. With an initial capital made up of personal savings and financial help from family and friends, Dhirendra started with a mango-based fruit juice—Mango Sip. Given the fruit’s immense popularity, it was the obvious choice.

Mango pulp was easily available and Dhirendra thought packaging and selling it would not be difficult. In the initial days, they focused on staying local and targeted the markets in and around Varanasi only.

Coming up with a formula for the drink was one of the first things to be done, and Dhirendra soon learned he’d have to cough up Rs 10-20 lakh for it. Abhishek, Dhirendra’s son, who joined Manpasand Beverages in 2013 after his engineering and is now director of the company, says,

“We didn’t have that kind of money. So my father asked an acquaintance—a food scientist—to share a recipe needed for the mass production of mango drinks. He tried the recipe and sent it for tasting to friends and relatives. He received positive feedback and decided to go with it.”

Starting with an old plant in Mumbai

To start off, they leased a part of an old plant from Mahananda Dairy in Mumbai, where Mango Sip was made and packed in 200 ml Tetra Paks. To avoid competition with bigger brands and to make inroads, they decided to sell their product in UP first.

“Also, there was an interesting fact that my father observed—products with the ‘Made in Gujarat’ label were very highly regarded in UP. So, our company was registered in Gujarat. After succeeding in UP, Mango Sip saw a steady expansion of distribution across India—we are currently present in over 20 states. We continued to outsource and build up capital,” adds Abhishek.

Targeting small towns worked, and within a few months the product took off. Abhishek says it was a bit easier at the start because bigger players like Frooti and Jumpin had largely ignored Tier-II and III cities.

Having crossed the market entry stage, Abhishek realised that they needed to expand their networks, for which it was imperative to build a strong team of distributors.

He focused on that and strengthened the existing set of networks. So, during his initial years at Manpasand, instead of bringing in management professionals, Abhishek built a strong network of more than 2,00,000 retailers, over 2,000 distributors, and over 200 super stockists covering 24 states.

Realising that they had to compete with the bigger guys, Abhishek says Manpasand provided their products at a lower price point and in a wider range of packs (PET and Tetra Pak).

“On a daily basis, we host 10 of our distributors with their families at our main plant, and this has definitely paid off in terms of winning their trust and business,” says Abhishek.

In 2005, they set up their first manufacturing plant in Vadodara and in 2007 set up an additional line to produce Tetra Pak fruit drinks. For Mango Sip, the team sources Totapuri mangoes, as they are 20 percent cheaper than other varieties and these mangoes form the base of all mango drinks that is grown in Andhra Pradesh, Tamil Nadu and Karnataka.

“Similarly, we source fruit pulps from reputed providers for Fruits Up. The pulps typically have a shelf life of two years prior to use,” adds Abhishek.

The entire production process is now completed in-house in their five operational plants. The plants have both PET and Tetra Pak lines. Both Fruits Up and Mango Sip are manufactured in these plants in various sizes such as 100 ml, 200 ml, 500 ml, etc.

Manpasand now has five manufacturing facilities located in various parts of India. There are two units in Vadodara—the second of which commenced production in April 2015— one in Varanasi, and one each in Dehradun and Ambala, set to start production soon.

The company has also announced the setting up of four new plants by 2018. Of the planned four, one facility will be in Andhra Pradesh.

According to a report by Technopak, within the beverages market, the fruit-based beverages category has seen a CAGR of close to 30 percent in a decade. Currently valued at $200 million, it is set to see a CAGR of 15 percent in the next three years.

In FY 2016, Manpasand closed net sales of Rs 556 crore. “Today, Mango Sip has a 10 percent market share in the mango drink segment and is the fourth-most preferred mango drink brand in India. In the coming days, we are hopeful that it will increase to 22 percent,” says Abhishek.

Abhishek adds that since their listing in the Indian Stock Exchange in 2015, they have adopted an aggressive expansion strategy where the main focus is penetration in the urban market. He says,

“We have been forming key alliances with various domestic and global companies to further this ambition. The company has tied up with leading food and restaurant chains including Havmor, Barista, Baskin Robbins, METRO Cash & Carry along with 2,000 modern retail-format stores and is in advanced talks for tie-ups with many multinational food chains and retailers. While we continue to increase our significant presence in rural and semi-rural markets, we have also started aggressively tapping into the urban markets where our presence was minimal until recently. With the setting up of new plants, we are looking a doubling our current production capacity.”