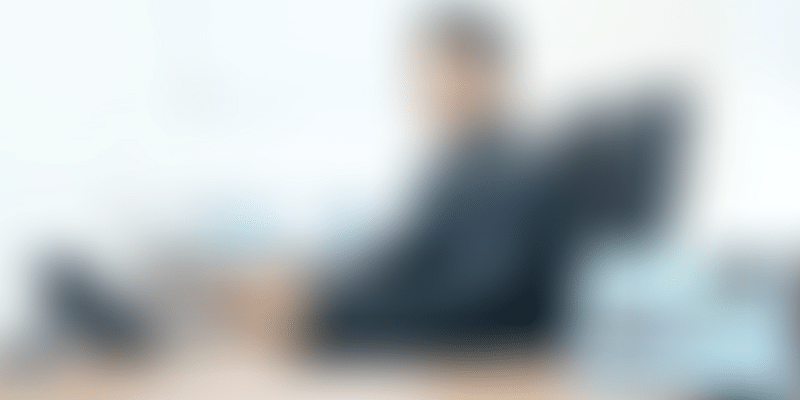 Sajeev Thomas says hard work, persistence, and faith were his steady companions throughout his career as doctor working to treat patients with malignant or benign brain tumours.

When 39-year-old Sajeev Thomas recalls his childhood days in Wayanad, Kerala, one knows how close he still feels to the roots that inspired his mission for life. “My father was a government employee. My mother was a housewife. During my pre-collegiate years, I had to travel 60 km by bus to and from school. Because of my father, I was inspired to serve my country when I grew up,” he says on a telephone call from Jakarta, Indonesia, where he now lives with his wife, Liji, and children, Thomas, Anna, and Serah.

After securing a Master’s degree in Radiation Physics and a PhD in Stereotactic Radiosurgery Optimisation from the University of Calicut, he turned down offers from many corporate hospitals and joined National Institute of Neurosciences and Mental Health (NIMHANS) in Bengaluru instead.

Sajeev was in NIMHANS for seven years from 2005 to 2011. It is there that he worked hard at improving the radiosurgery department as well as set up the Gama Knife unit, the first in South India. Change, however, was difficult and often thankless.

In 2011, he suffered a nearly fatal car accident. “After that, it was like getting a new life,” he remembers. Upon recovery, he returned to NIMHANS for another six months before being invited to establish the first Gama Knife Radiosurgery programme in Indonesia.

Since then, medicine has remained his fervent calling.

Stereotactic radiosurgery (SRS) is a non-incisional technique of therapy that uses precisely focused beams to treat tumours in the brain. While SRS requires fewer sessions than traditional therapy, Gama Knife machines use even more intensive treatment over one to five sessions to treat cancerous and noncancerous tissue in the brain.

Sajeev set up the radiosurgery programme in Siloam International Hospitals Group in Indonesia and, thereafter, often travelled across South Asia to train neurosurgeons, medical physicists, oncologists, and others in his new technology. He is passionate about spreading awareness and knowledge about expert medical care.

Besides, he has obtained specialised training from Karolonska University Hospital in Sweden, University of Wisconsin in the USA, International Centre for Theoretical Physics in Italy, BARC in Mumbai, and other institutes. He holds a membership at the International Stereotactic Radiosurgery Society, ESTRO.

He is presently involved in cancer treatment and care facilities in Indonesia, including body radiation therapy and volumetric arc radiotherapy, for Siloam Group. In a developing nation of 250 million people, Sajeev feels cancer care is a field that is largely neglected and requires urgent attention.

He talks earnestly about the difficulties Indonesia faces as regards medical treatment. The challenges vary contextually. Finances fall short and there is a dearth of manpower. Cultural differences need to be taken into account while offering health services in different parts of the country.

“What is your secret to making your dreams come true?” I want to blurt out. Thinking it would be too brazen, I reconsider. “What is it that has kept you going?” I ask. “Dedication and perseverance,” he laughs. “There is no short cut.”

Sajeev dreams of setting up a research institute for medical technology and devices for Asian countries. In an age of growing health hazards, medical care comes at often exorbitant rates, especially if the drugs or the equipment need to be purchased from Western manufacturers. His wish is, thus, to open doors of a research institute for high-end medical devices that can be provided to these countries with lesser financial privilege.

It is, perhaps, his childhood dream to serve his country that continues to play a part in this successful doctor’s plan for the future. However, whether it is for India or elsewhere, his work in medicine cannot be thought of as anything short of integrative and remarkable.