Yasmin Kidwai on her socio-entrepreneurial journey and beyond 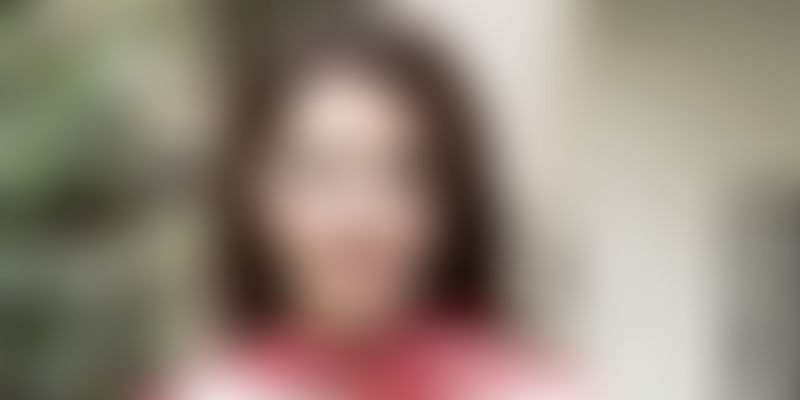 From making documentaries to starting her own business to contesting elections in Delhi, Yasmin Kidwai wishes to spark a spirited awakening in the lives she touches.

For documentary filmmaker and entrepreneur Yasmin Kidwai, life seems to have come full circle. “In my teens, I was campaigning for my maternal grandmother, Tajdar Babbar, who was the first woman politician from Kashmir, and here I am winning from her constituency as a Congress candidate in the municipal elections in Delhi,” shares Yasmin.

An acclaimed documentary filmmaker and founder of Springbox Films, she has produced over 50 documentaries highlighting women’s empowerment, reservation, old age issues, and tourism. Leading a far from sheltered life, Yasmin took up challenges on the go, be it her filmmaking, her entrepreneurial journey, or even something as simple as a subject at school that she struggled with.

“When I was in school, I was a very poor student of math, so much so that people in my family would go around saying, 'iska to kuch nahin ho sakta,' and then it was my kind teacher who persuaded me to keep practicing my math to succeed. And the next thing I know – I am a topper in Delhi for the class 12 board exams,” she recalls in jest.

Another time, while she was preparing herself for the Post Graduate entrance examination at Jamia Millia Islamia, Delhi, an uncle advised her against it. “I was told by people around me that I’d get through easily, largely because of the family name and not on merit,” shares Yasmin. A graduate in Sociology from Hindu College, Delhi University, the 44-year-old continues, “My uncle explained that if I went ahead with my plan, it would be a cross that I would have to bear for the rest of my life, and I wasn't ready to do so.”

She stepped out of her comfort zone in Delhi and went ahead with a Post Graduate diploma in Public Relations and Journalism from St. Xavier’s, Mumbai, where she slowly started carving her way towards a career of her own. “I didn’t find myself aggressive enough to be a reporter or pleasant enough to be a PR person,” she smiles.

“After my education, it was my stint with Star ‘n Style that got me hooked to the world behind the camera. I realised that interviewing actors or following them did not interest me. I was keen on the production aspect of cinema, it charmed me,” remembers Yasmin. She joined Simi Garewal’s production company, which gave her insight into the field and also provided a base for her own production venture, Springbox Films.

Having worked extensively with HelpAge India, the Ministry of External Affairs, and a host of state governments, Yasmin got drawn to issues like women empowerment, and rural and social development. Her films, besides being a social commentary, mirror her ideologies extensively. Purdah Hai Purdah explored the relationship between women and the veil, while Borders and Beyond followed up on the Gujarat riots of 2002. “While Gujarat was still burning, I wanted to spread awareness about the pain and trauma of the riots through my documentary,” she says.

Another documentary close to her heart is No Problem! Six Months With The Barefoot Grandmamas. The documentary follows the journey of a group of African women who came to Tilonia, Rajasthan, to be trained to become solar engineers. The film gained recognition the world over, earning a slew of awards and a special mention by the NITI Aayog for their women empowerment campaign.

Yasmin has a penchant for exploring uncharted territories. After 15 years of filmmaking, international recognition, and several awards, she found herself drawn to the many nuances of Indian women's clothing. She launched her prêt clothing venture, House of Qidwa, which is inspired by Sufism and her individual sense of style. She created this label to craft clothing that borrows from her Kashmiri and Awadhi roots.

“I have worked extensively with Indian craftsmen across the country for my documentaries covering their art and lives. So, in a way, House of Qidwa was my tribute to working directly with the artisans,” shares Yasmin about her line of Indian wear. Elaborating further, she says, “The label uses lovingly hand-woven breathable fabrics made the old way, using natural dyes and promoting artisan communities. It also infuses sophistication of urbane silhouettes.”

Juggling her work and family, Yasmin, on her campaign trail for the MCD elections in Delhi, was hands on in visiting her constituency and meeting residents to understand the issues they were facing and to see how she could help. “The experience was overwhelming. I realised that there is so much work that can be done, from installing street lights to providing access to basic facilities like education and clean roads. I know that I may not be able to address all issues together, but I am sure I would be able to make changes in their lives in small measures,” she shares.

This thought also resonates in her documentaries, where she highlights social issues and gradually finds workable solutions. Fondly recalling one of her films, a documentary made in 2002, she shares, “I met a woman sarpanch in Madhya Pradesh, one of the first few to benefit from the Panchayati reservations for women that had been put in place in the state. At the end of the shoot, when asked, what she wanted for the women in her community and district, the sarpanch replied ‘Jagruti itni ki chanchana,’ a phrase that loosely translates to ‘a spirited awakening’.” And that is how Yasmin sees her work touching the lives of those she wishes to reach.