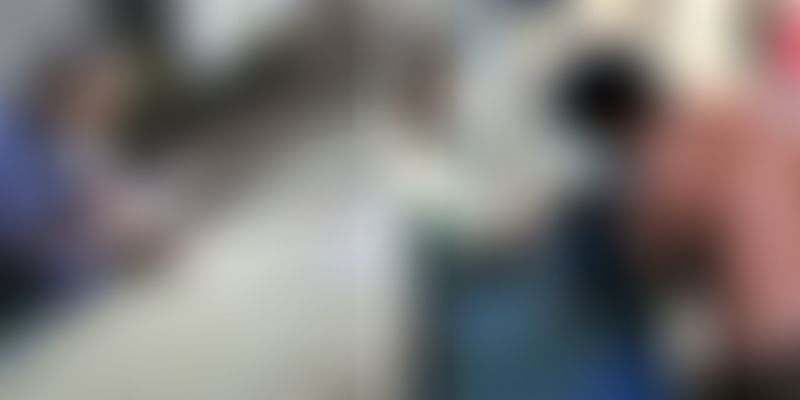 While most of the traditional crafts have been struggling to survive in today’s time, there is a small village in the Kutch region of Gujarat that has retained its traditional craft. This tiny village, Ajrakhpur, attracts domestic and international buyers with its beautiful natural-dyed, block-print cloth that is turned into exquisite garments and home furnishing.

Around 100 families are involved in this long and laborious process of creating this print, known as ‘Ajrakh’. Many top-notch fashion labels include the collection of this print design.

Most of Ajrakhpur's artisans have actually come from a different village—Dhamadka. They moved after the devastating 2001 Bhuj earthquake when many villagers were either killed or lost their workshops and houses. These artisans are led by the Sufiyan Ismail Khatri family and their art dates back to more than 400 years ago. The ninth-generation Ajrakh printer, Sufiyan, can trace his roots back to the 16th century when the craft was practised by ancestors from Sindh.

While speaking to IANS, Sufiyan said,

Traditional Ajrakh printing using natural dyes is a 16-stage process which takes anywhere between 14 to 21 days, depending on the number of colours and layers of block print designs used.

According to 10 Year Itch, these prints are made from natural colours such as pomegranates, henna, and mud. The name ‘Ajrakh’ itself is derived from the Arabic word for indigo, which was one of the most prominent plants in the Kutch landscape till the 1956 earthquake. According to a story common among local artisans, however, the name is derived from ‘Aaj Rakh’ which means ‘keep it for today'.

Scrap iron is a common sight around the workshops in this village. This is because the colour black is created using a mix of iron, jaggery, and gram flour. This process takes about 10 days and produces around 200 litres of it in one batch.

While speaking to IANS, another artisan, Anwar, says,

Traditionally, Ajrakh printing was only in natural colours, but because there is also a demand for cheaper varieties, we also make clothes with pigment or artificial colours. Artificial colour printing is also faster— printing a sari will take two days—so it works well when there is heavy demand.

With the sun scorching their land, they begin their work and suddenly the landscape is seen covered with sheets and sheets of colourful clothes. These dotted and block-printed sheets are laid out under the sun to dry and stones are kept on each corner to prevent them from flying off.

This time-consuming process of dyeing and printing involves tearing of cloth into a specific length. This torn cloth, which usually measures nine metres, is then soaked in water overnight. The cloth is then washed for removal of starch and then dried out in the open. Then, they dye the cloth with myrobalan and kept out in the sun again.

Artisans then go through their collection and choose a wooden block with a traditional design. A process known as 'resist', which involves coating the block with lime and acacia gum and then pressing onto clothes at regular intervals, is then carried out.

While speaking to IANS, Sufiyan said,

One of the main differences between Ajrakh and the block printing you find in Rajasthan is this 'resist' technique.

It was difficult in the beginning when the artisans had to relocate and rebuild their lives but things have improved tremendously and their situation is much better.

But our craft is now in much demand. Designers like Tarun Tahiliani have worked with me, and I have visited many countries, including the US, Australia, the Netherlands, and Hungary, on invitation by designers to showcase our art and to learn from each other.

Overlooking the work of his nephew in his workshop, Anwar told IANS,

Our craft is everything to us; it is passed down generations. Earlier, it was the nomadic pastorals like Ahirs and Rabaris who wore Ajrakh; now it's finding its presence in urban homes. People's love for Ajrakh is a big gift to us.