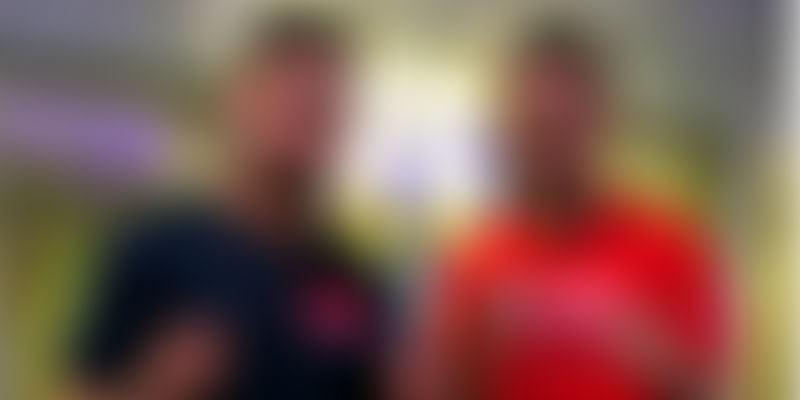 The 36-year-old Punjabi, a son of the heartland, saw the cultural significance ‘akahadas’ or indigenous wrestling rings had at the grassroots level and was convinced that India was brimming with talent when it came to combat sports.

But as he grew up and saw every other sport getting dwarfed by the pageantry of cricket, Bill Dosanjh knew it would take more than talent to bring another sport—even one already popular—to the mainstream. So here's what he did.

Back to his roots

Having grown up in India, he moved to Britain to explore career opportunities. “I belong to a wrestling family, hence sports has always been my first love,” he narrates.

While he ran various businesses spanning industries like real estate and construction in India, UK, and the Middle East, his passion for combat sports only got more difficult to keep closeted. This manifested as his five-year stint at Khan Promotions—a company managing British boxer Amir Khan's assets and promotions worldwide—from 2005 to 2010. In 2010, he established East West Sports, a company that launched Amir Khan's career in the United States, starting with a bang at Madison Square Garden.

His close involvement with Amir’s career provided insight into the world of combat sports. Bill realised that even though boxing has been around for centuries and mixed martial arts has come to the fore only recently, the two sports command the same viewership, with the latter almost overtaking boxing in pay-per-view numbers.

As he saw this fad develop into a wave, he decided to foray into sports full-time along with his close friend and now business partner Amir. “Well, I myself am trained in karate, boxing, and MMA, so starting off something like Super Fight League was a dream. I always wanted to create a platform for the millions of martial artists whose talent went unnoticed and unrecognised,” he notes.

The league has a group ‘A’ and ‘B’, consisting of four teams each. Every team has six players—five male fighters and one female—and six back-ups, belonging to six different weight categories. The teams within the group compete with each other in 12 league-level matches.

Now having launched the first league-format season of SFL in January 2017, Bill still remembers the time they started, when no one really knew what MMA was. “I remember sitting in the Indira Gandhi stadium for SFL 3—it was a full house with 15,000 people and people thought it was a WWE event. Moreover, when people hear of this sport, at first they have varied apprehensions about it. They think of it as a violent one with a lot of blood. Changing their perception about the sport was challenging. I believe that was a gap I saw but now with the popularity the first season got, I am quite bullish about the Indian market,” he states.

A new-age classic in the making

Since today’s youth predominantly consumes content online and through social media, their plan was to leverage that to the fullest. The first season of SFL itself had a reach of about 100 million-odd, through celebrity co-owners and their social media engagements.

Besides that, SFL has produced close to 50 live televised events. “We have spent almost Rs 200 crore in the last five years and going forward, we are looking to invest a further Rs 100 crore in the fitness industry through SFL gyms,” reveals Bill.

MMA is, after all, one of the fastest growing sports in the world and in 2028, it would be an Olympic sport and so Bill believes that the light at the end of the tunnel is not too far in India.

“Eventually, the sport has generated fascination and we see more participation from youngsters. For a country like India, I believe endorsements work really well and hence, the Bollywood connect has been a thing that worked for us as well. The popularity of movies based on MMA has only added value to the sport,” he notes.

Most importantly, Bill is proud of the fact that they have built a platform for MMA artists to have regular competitions, which makes them more competent with every fight.

“We have been able to create an ecosystem. We have found passionate multi-millionaires and billionaires who own clubs in SFL and with this young energy around, the sport is sure to stay here for long,” he says.

They have recently signed on Olympic boxing bronze medallist Mary Kom as their brand ambassador.

One major factor that deters talent from pursuing the sport full-time is the lack of a source of income when not competing. To counter this, Bill instated the SFL gyms, wherein MMA enthusiasts are trained by professional fighters—which not only gives them a regular source of income but also helps them stay fit.

Every team has a gym, which is also the base of that franchise. And every franchise is to open five more gyms over the next five years. At the league level, Bill plans to open up 60 more gyms, and hence, build a 100-strong base.

Besides this, with self-defence classes conducted by MMA stars, they also instated a grassroots program centred on women empowerment mere weeks after the 2012 Delhi gang rape case.

Currently, the biggest MMA spectacle in Asia and the GCC region and the third biggest digitally viewed league in the world by YouTube numbers, they are already the second most watched sport online in India. The SFL has also produced talent like Ritika Singh, who went on to star in Saala Khadoos.

SFL fighters have even starred in movies like Do Lafzon ki Kahani and Bombay Velvet, in addition to training Bollywood stars like Zarine Khan and Shahid Kapoor. “I am sure the sport is here to stay and I will do anything and everything to make it a high-quality entertaining sport,” says Bill.

They have also been conducting an invitation-only event in Mumbai every Friday, broadcast on Neo Prime as well as their YouTube channel, with weigh-ins, live fights, and interviews from cage-side Bollywood guests.

They even started a reality show, Super Fight League Challengers, where eight male and female fighters each live in a house for 50 days and compete in various tasks for a Rs 20 lakh prize. The show was aired on Neo Prime and Zoom TV.

As you read this, Bill is in the midst of promotions of the first edition of the Super Boxing League this July, which will be India's first professional boxing league that will see some of the biggest Indian and international boxers fight alongside some MMA artists.

And as for SFL, they have a 21-country global expansion plan. “In the next five years, we expect an SFL world cup. Imagine how exciting it would be to see India versus Pakistan in an SFL world cup!” enthuses the hopeful champion.