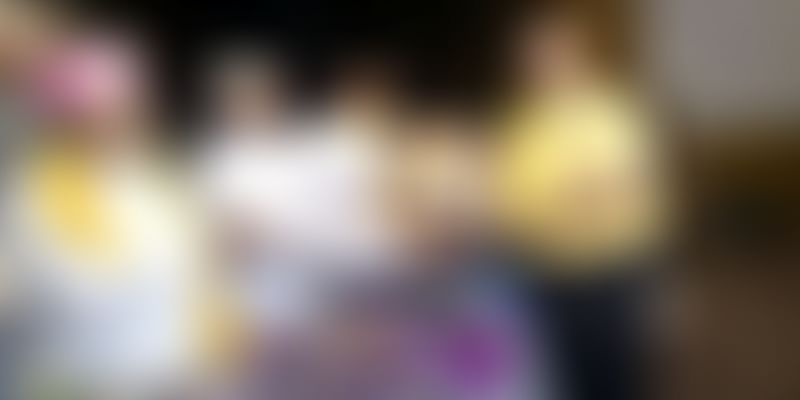 His is a rags-to-riches story that should serve as an inspiration for millions to rise above their struggles and achieve great heights. Meet Chand Bihari Agrawal, who started by selling pakodas on pavements, but now owns one of the largest jewellery showrooms in Bihar with a yearly turnover of more than Rs 20 crore.

Chand, now 61, used to sell pakodas with his mother on the pavements of Jaipur, his home, after his family fell on bad days. His father was addicted to the betting game which used to be legal at the time, and made a lot of money from it initially. However, lady luck did not stay with him for long and his losses started piling up. The situation worsened so much so that Chand had to give up his education.

Chand’s mother Naval Devi Agrawal then decided to take charge of her house. Chand was just 10 year old when his mother began selling pakodas on a cart, and he and his brother started accompanying his mother to the market. His two brothers continued to attend school while his sister took care of the house. Working 12-14 hours a day, Chand had to sacrifice his dream of getting a school education .

In 1972, Chand's brother Ratan got married and received a gift of Rs 5,000. With that money, he bought 18 Chanderi sarees and took them to Patna in Bihar to show to people and see if they liked them. On getting a positive response, he began selling Chanderi and Rajasthani sarees in Bihar. With time, his workload increased and he decided to call Chand to Patna in 1973 to lend him a helping hand. Since they didn't have enough money to rent or buy a shop, they sold their sarees on a pavement near Patna railway station.

Being the only ones selling Rajasthani and Chanderi sarees in Patna, they began doing fairly well and earned Rs 200-300 daily. Gradually, they began working on building a retail network by selling their sarees door to door. A year later, the brothers rented a shop in Patna and soon they started making Rs 80,000-90,000 every month.

Unfortunately, a robbery in their shop in 1977 set them back by Rs 4 lakh. Chand had married a year back, and meanwhile, Ratan also started a jewellery business. Though Chand was heartbroken and felt helpless, Ratan did not lose his spirit and also guided his brother by teaching him the ropes of the new venture.

They had started a shop for gems and ornaments with just Rs 5,000, and fortunately, their business took off. By 1988, they saved nearly Rs 10 lakh and stepped into gold jewellery business. They never compromised on the authenticity and soon became a huge name in Uttar Pradesh and Bihar. They had a turnover of Rs 17 crore in 2016, and were also honoured by All India Business and Company Federation in Singapore.