How to stay positive when negativity is stubbornly amplified 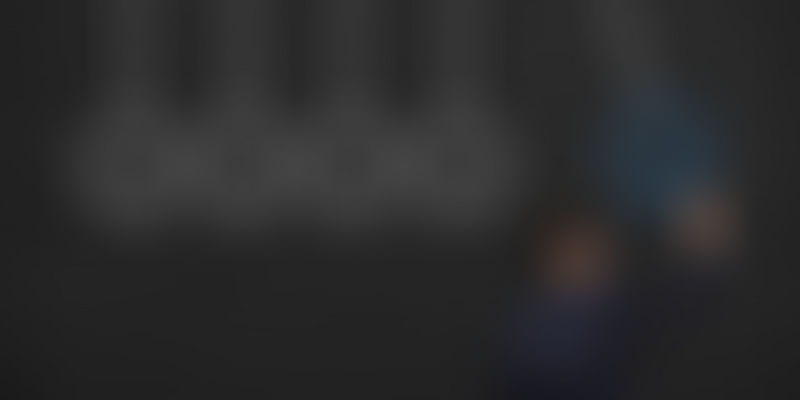 I don’t know about you but I get deeply affected by the negativity the world churns out every waking minute. But for the bravest and opinionated amongst us, this negativity could be quite Sisyphean. I have started to see how work and life, opinions, politics are nothing but a zero sum game of angst versus self-care.

In a world that thrives on negativity, our loud and angry news channels, absurd social media debates and conflicts closer to home, force us to hold on to the threadbare of the small pleasures. A tweet about the wonderful weather in Bangalore and a cynic will invariably ask where you were when the weather was bad. There is no winning against the negativity. Right? Wrong. It is a matter of the circle you keep, as I have realized over and over again in the last few years.

The circle you keep, real and virtual, affects your wellbeing in more ways that you can imagine. And no, you don’t need an echo chamber to be happy. Quite the opposite, actually. The company of people with different world-views can add to your perspective in more ways than you imagine. As it is rare to be influenced by counterviews dramatically different from yours, unless it comes from someone who is well-read and has research to substantiate his claims. I have found that the ability to see all sides of a story, a mass hysteria or even a 'horrible' boss and can now make peace with things.

Also read: Lessons in positivity from Lilly Singh, aka ||Superwoman||

Prudence, you see, comes from pausing for a minute before diving head on into an argument or opinion. Share your opinion, by all means. But there is something about the instantaneous social media updates that rarely give you enough time to really think through your opinion. And it is a vicious circle, really. You put out an opinion without thinking much about it and then you spend many hours justifying it, regurgitating the same opinion, unflinching point of view, over and over again.

How is it healthy? If something is really troubling you, about work or about the world in general, write it down or have a conversation instead. Long form writing helps me because it allows me to express my opinions sensibly, check my own privilege and off-hand remarks to benign conditioning, and often, understand the roots of my reactions and if they make sense in the larger scheme of things.

Conversations with mature, erudite and intelligent people are more fruitful than a quick 140-character tweet and the instantaneous, often overtly simplistic, feedback it brings in return. All of us need to try it more often.

The Facebook Experiment by Happiness Research Institute found that after just one week without Facebook, respondents reported a significantly higher level of life satisfaction. Clearly, there is more to the mass hysteria on social media, both positive and negative, than what meets the eye.

Channel the energy you spend on social media rants and tirade, to let's say doodling, baking, reading, writing, planning a trip, exploring new music – whatever rocks your boat. Our brains are wired to respond positively to rewards, according to Loretta Graziano Breuning, PhD, author of The Science of Positivity: Stop Negative Thought Patterns by Changing Your Brain Chemistry. However, “Any reward that you already have, stops triggering your happy chemicals,” she says. Clearly, “variety is the spice of life” is not just a cliché. Boredom with monotony is a struggle, and our brains and general wellbeing seem to suffer the most at the hands of it.

Also read: 4 ways to improve the quality of your mental health

Making time for gratitude is also goes a long way. You make time to do the things you love, experience the things you do, eat well, sleep well, dress well and are able to exercise free will more often than not. Happiness and contentment is truly in the small things. The sooner you recognize it, the faster you will be able to make peace with a world that is on its own strange trip.

And finally, something has to be said about meaningfully giving back, to nature and ecosystem, to society, to the minorities and the oppressed. In a conversation with an NGO leader once, I learnt that when it comes to sponsorships, all they are selling is the ephemeral “feel good” factor and that it gets difficult.

A scientific study led by neuroscientists like Dr Jordan Grafman, used fMRI tools to study human impulses, concluded that humans are hardwired for altruism. According to its findings, “when people made the decision to donate to a worthy cause, parts of the midbrain lit up—the same region that controls cravings for food and sex. The same region was activated when the subjects deposited money to their personal reward accounts.”

Even if you think about it from the perspective of common sense the ability to offset negativity by taking charge and doing something about it, can make you feel better. And more often than not, this “doing something” is always more impactful, more productive than endlessly worrying or tweeting about it.

Psychotherapist Christine Webber, in her book titled 'Get The Happiness Habit', says that happiness indeed is a matter of habit and practice. And I, for one, couldn’t agree more.