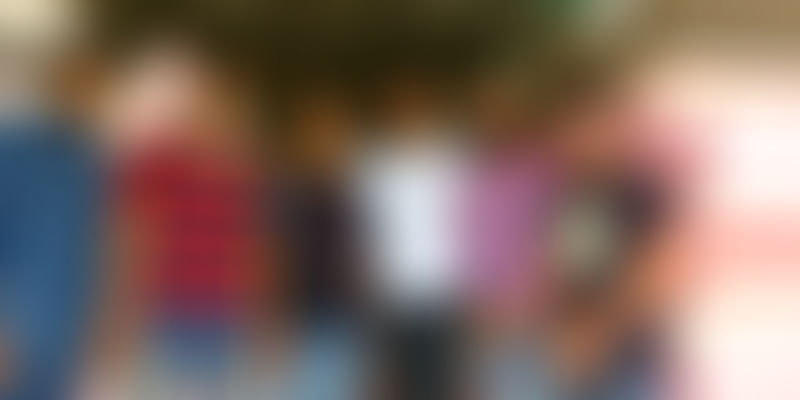 Ankit Garg is watching your back, literally, to give you the mattresses you deserve.

For Ankit Garg, sleeping is serious business. Two spirited attempts at starting up in the mattress space gave him the most simple yet revolutionary idea – that there’s no faster way to the heart of the generally sleep-deprived than to just ask them what the bed of their dreams would look and feel like. This is the essence of the two-year-old startup Wakefit – that models innovative mattresses by just asking their 30,000 customers what they want.

A blow that couldn’t be cushioned

Ankit Garg, 29, comes from a family where foam formulations and testing were a part of dinner table discussions, because the family ran a small testing setup. After completing his BTech (Chemical Engineering) from IIT Roorkee, he went on to work for Bayer, one of the world’s largest chemicals companies, in its new products division. But soon enough, he felt the itch to venture out on his own.

Spending time on R&D, he came up with molded foam products for the automotive industry and took it to the market. Coincidentally, global leader Dow Chemicals launched a similar product at a competitive price, and it became impossible for Ankit to compete with them, so he had to liquidate the factory assets at deep discounts and take up a job in order to repay his debts.

Working for startups like Tapzo, even as financial stability was finally in sight, his entrepreneurial urge never really went away. Hence, there was no single ‘eureka’ moment, but just Ankit’s trips back to the drawing board time and again to indulge that urge. His plan this time was to study customer behaviour in depth, and tailor-make products based on their nuanced needs. “Since foam and chemicals were my strong suit, I decided to quit my job and look for opportunities in the mattresses space. I realised that there had barely been any innovation at all,” he recounts.

Like all other major players, Wakefit also started by selling different kinds of mattresses – memory foam, foam, spring and coir. But what Ankit did differently was having the team simultaneously visit customers in person once they had used the product for different periods of time up to six months. In fact, Ankit himself visited more than a hundred customers at their homes.

Gathering anecdotes like customers complaining of having spilled coffee on the bed and not being able to fix the stain thanks to the fixed cover, being unsatisfied with the packaging, hoping for a manual, etc, he modeled small improvisations to his products.

A few other problems also came to light – the fact that at multi-brand showrooms, the salesperson was not equipped to answer any technical questions and that they were only incentivised to push any brand that had the best margins and bonuses for them; or that consumers would be extremely confused by the number of brands, types of permutations of raw materials and could not make an informed choice on what’s best for their budget and body type.

Noting that memory foam and foam mattresses were fan favourites, Ankit’s team of innovators decided to keep it simple and improvise on their compositions, while eliminating all other product lines.

Primarily targeting the middle-class segment that would otherwise source their mattresses from local manufacturers, they innovated on the science behind them., For example, the cutting edge orthopedic memory foam mattress is meant for the master bedroom, and the innovative dual comfort mattress with a firm as well as soft side for the guest room, so that it can be flipped based on the guests’ preferences.

They also came up with an external zippered removable cover that can be taken off, washed and put back on, so that the mattress remains clean and fresh for years.

And finally, seeing that over 30 per cent of demand in India is for custom sizes, they fine-tuned their manufacturing facility to ensure that they could cater to these needs without compromising on delivery time.

Wakefit also decided to be an online-led brand with a minimal offline presence to eliminate middlemen in the supply-chain, and pass on the cost benefit to customers. Keeping their marketing spend to a bare minimum, they maintain a social presence and have ensured that their website is easily discovered on search engines.

The company has over 30,000 satisfied individual customers and has shipped more than 40,000 unique products all over India, including the Andaman & Nicobar Islands, and are profitable. “We have consistently grown between 10-20 percent month on month for the past 14 months, even after excluding seasonal festive sales and discounts,” Ankit claims.

The mattress industry in India has been pegged at Rs 5,000-6,000 crore with an overall CAGR of about 8.2 percent in the past five years. Analysts estimate that the unorganised sector accounts for 75 percent or more of this market.

Wakefit was bankrolled by a small friends-and-family round in the beginning, and now, their revenues are being reinvested in the business. To scale up, Ankit states that external funding was welcome, and a team expansion exercise is definitely on the cards – he is especially on the lookout for people with a strong operations background.