70 years after independence, it's time to thank our veer naaris 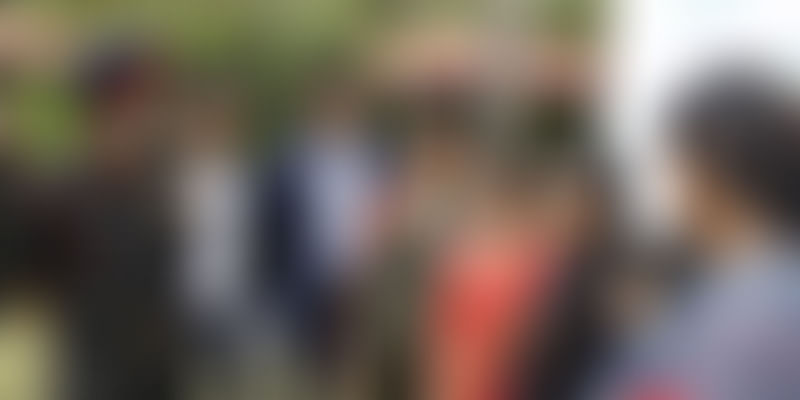 It's time to acknowledge the sacrifices that a few men — and their families — make so the majority can be the citizens of a safe and independent nation.

This year marks 70 years of independence and now, like we do every time, we ask ourselves one question — what has really changed?

Ask the women who lost their husbands — brave men who sacrificed their lives for their country, so you and I could go about chasing our dreams.

As we celebrate 70 years of our independence, we salute the spirit of the wives of our martyrs and honour their courage in the face of overwhelming grief.

At an event to pledge support to the Directorate of Indian Army Veterans (DIAV) and families of martyrs, iD Fresh CEO Musthafa PC met with GOC Major General KS Nijjar and Deputy GOC Brigadier Salim Asif and some of the family members of the martyrs a week before Independence Day. It was at this gathering that HerStory spoke with wives of martyrs. Here are some excerpts:

Lakshmi Patel from Gulbarga lost her husband to a landmine explosion at the Ghazni border in 2001. She has since single-handedly raised two daughters, one who has completed an MBA and the other an MSc in Chemistry. At the time she lost her husband, her journey with the Army had placed her in Punjab. After cremating him back in the north, she moved home to Gulbarga and took on the challenge of bringing her daughters up.

“It has been tough and I am still struggling for a house and to get my daughters married.” The battle is far from over for Lakshmi but as the wife of a martyr, strength has been the only way to survive.

“We had to courageously face the loss and continue with our lives. There was no choice but to be brave.”

She has, over the years, drawn support from women who, like her, have lost their husbands in the service of their nation, women she calls veer naaris (courageous women).

Asha lost her husband in Jammu and Kashmir in 2007. She had been married for two years and had a one-year-old daughter. She recalls how she initially reacted to the news of her husband’s death with anger and frustration. She wanted to pick up arms and go fight at the border. However, as the grief sunk in, frustration ebbed and was replaced by pain.

A year before, she had quit her job to go on maternity leave and was to have moved with her husband the next year. His death shook her up, but the support she had received from him pushed her to take the MBA exams the very next month after his demise. She cleared the exams, took up a job, and now works as a senior account manager.

“My daughter keeps me going. I forget all my pain when I see her. My focus on education and my job has helped me continue with my life and deal with the grief.”

Although it happened many years ago, the one thing that still niggles at her is that there was no one she could talk to about the death of her husband. She could not share the sense of loss and grief that engulfed her because all people ever talked about was how the money and benefits she would receive would have her set for life.

Headquartered in New Delhi, it helps coordinate welfare activities ranging from financial support and skill development to providing educational and employment opportunities for the next of kin. With representatives from all across India, this organisation has strengthened its impact and reach since 2013.

Based on the needs and requirements, the funds from government agencies, the Indian Army, and others donations are deployed to help and support the veterans and the kith and kin of the martyrs.

We have a long way to go

While the Indian Army and organisations like DIAV are actively involved in supporting veer naaris, a lot more needs to be done, especially for the war widows of the non-officer and jawan ranks.

According to Lakshmi, “More information in the form of booklets or advertisements about the benefits available to martyrs' wives has to reach them. Many are not well educated or are not well informed and that needs to change.” She also emphasises that the government and the society need to be more cognisant of the challenges to better support the Army and its people.

Asha has just one request: she wants society to show the sensitivity the loss of a loved one deserves. She wants people to understand that the loss of a life is a void that can never be filled. She says, "While we show bravery and courage, we need to see sensitivity and respectful behaviour.”

While we lose more men on the field and veer naaris courageously battle with the loss, we need to do more than just thank the forces. We need to remember that our next trip abroad, our promotion, our ability to chase our dreams with full and complete independence are the results of many sacrifices by those we often forget to even acknowledge.