Stronger than ever, acid attack survivors are moving more than mountains

Acid attack survivors, Madhu and Laxmi’s stories highlight the flaws not only of our society but also of the justice system that promises to protect women.

At 17, she said no to marriage and had to pay a heavy price for it. The man whom she refused to marry attacked Madhu Kashyap in 1997, when she was walking in her hometown, Agra. Although he had been harassing her for a long time, Madhu had never anticipated an attack of this magnitude.

With her hair neatly tied in a bun, she opens the door to the Sheroes Hangout and lets me in. An easy to miss cafe on the busy Fatehabad Road of Agra, run by Chhanv Foundation, Sheroes is a source of employment for acid attack victims who run the place.

Only from 2013 have acid attacks been formally recorded as a separate offence under section 326A and 326B of the Indian Penal Code. Two hundred and ninety-four such cases were reported in 2015 and 225 in 2014.

According to a 2011 report published by the Cornell Law School - Bangladesh, India and Cambodia have the highest incidences of acid attacks in the world. One reason is the cheap and easy availability of acids. Today, acid is sold over the counter for as low as Rs 30. A five-litre bottle of hydrochloric acid is available for Rs 100. The same study deduced that from 2002 to 2010, in India 88 percent of the acid attack perpetrators were men and 72 percent of the victims were women.

Madhu recalls the horror she went through: “The moment he threw the acid on my face, I felt a burning sensation; there was no one next to me and I kept on squirming,” she says. A stranger took Madhu to the hospital where her mother got her treated. Her mother was going to register an FIR but was threatened by the attacker that if she did, her only son would be killed. Madhu never saw her attacker again.

Madhu went through eight surgeries in total and is apprehensive to get any more done. “Firstly, there is the physical pain of the surgery and secondly the pain when they remove the skin from another part of the body - that pain is the worst,” she recalls.

The cost of the surgery was around Rs 2 lakh. Madhu recalls her mother working hard in order to organise the expenses, a part of which was covered by her late father’s insurance policy.

For a long time after the attack, Madhu did not step out of the house, fearing people’s reactions. Soon, she got married and started searching for jobs. She attended interviews at various factories and companies, all of which promised to call but they never came through. After jumping a few jobs, Madhu joined Sheroes in 2016.

“Earlier I used to feel that dying was better than living such a life, but now I feel better,” she says. Now, she draws a salary of Rs 8,000 from Sheroes and travels every day to work undaunted by fears of safety. “It’s not as bad as it seems,” she assures.

Madhu’s attacker left Agra four years after the incident and roams free today. Anger, dejection and hope is evident when Madhu says, “Bad things should happen to a person who attacks with acid, his feet and hands should be amputated so that he squirms, no one should give him water even. Today, if my attacker confronts me, I will tell him that what he did was to weaken me; but rather than becoming weak I have become stronger and living my life.”

Madhu is passionate about design and thinks that joining Vikas Malani’s Body Canvas workshop will help her to follow her passion. Body Canvas, on the other hand, is a chain of tattoo studios collaborating with Chhanv by conducting free workshops for the victims.

She shows me the Om tattoo on her forearm. “Chota hai par maene bade hain (It’s small but very meaningful)” she smiles.

A voice that could not be drowned

Acid attack survivors in India are now given rights under the Rights of Persons with Disabilities Act, 2016. Following a writ petition by survivor Laxmi Agarwal in 2006, the Supreme Court in July 2013, passed orders that led to the regulation of sale of acid, compensation for the victims, after care and rehabilitation of the survivors; limited compensation from the government, reservation in educational institutions and easier access to jobs – laws that would have remained rigid for another decade if not for the tenacity of survivors such as Laxmi.

Awarded the International Women of Courage Award in 2014, Laxmi was attacked in Delhi’s Khan Market in 2005 by her acquaintances, Guddu and Rakhi. Laxmi was 15 at that time and the act was seen as revenge for Laxmi’s refusal to marry Guddu, her friend’s brother.

In 2009, Laxmi took up the challenge to walk outside without covering her face. “This was the biggest challenge, people’s reactions were bad and alienating,” she remembers. While Laxmi’s parents supported her throughout, her friends and relatives cut all communication.

She also noticed that, strangely, there were more girls than boys who made her feel socially excluded. “Woh dekho uss ladki ko (Look at that girl),” she mimics passers-by’s comments.

Laxmi’s seven surgeries took place over the course of seven years and cost around rupees 20 lakhs. Her father’s savings and his employer at that time helped them out financially.

Laxmi decided to take the case to court, and the trial went on for four years. While Guddu was sentenced to 10 years in jail, Rakhi was imprisoned for seven years.

In 2013, Laxmi became associated with the acid attack movement; one month after Alok Dixit and Ashish Shukla started the ‘Stop Acid Attacks’ campaign, which culminated in the Chhanv foundation in 2014. They campaigned aggressively and started a discussion around acid violence in the country. Today, Laxmi is the director of the foundation and Alok Dixit is the campaign head. He tells me that one-two survivors come to Chhanv’s two-bedroom Delhi centre every month and a focus point of their effort is to reach out to most victims so that proper treatment and care can be provided.

The much-needed dialogue about acid attacks started when Alok Dixit and Ashish founded Chhanv Foundation. Today, this foundation is helping 100 victims by providing assistance with treatment, legal aid and rehabilitation. The patients are kept in their Delhi facility, where they are given counselling and treatment, and are prepared for rehabilitation.

Laxmi hopes that at least one victim will find passion in tattooing. During her meeting with Vikas Malani, Laxmi drew a tattoo on him. Referring to the fear she felt before designing the tattoo for Vikas, she says, “They say that if you stitch a piece of cloth incorrectly, it can be mended, but you cannot return someone’s skin.”

In a world that has scarred them both physically and emotionally, these women have learnt to hope. They refused to be shunned and have stepped out into the light, for the world to see their pain, learn from it, and hopefully make amends.

How winners of Maharashtra Startup Week are affecting on-ground change 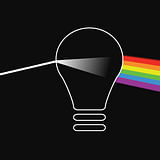 ‘Your brand reflects your culture, purpose, and identity’ – 45 quotes from Indian startup journeys