To conserve tropical forests and wildlife, protect the rights of people who rely on them 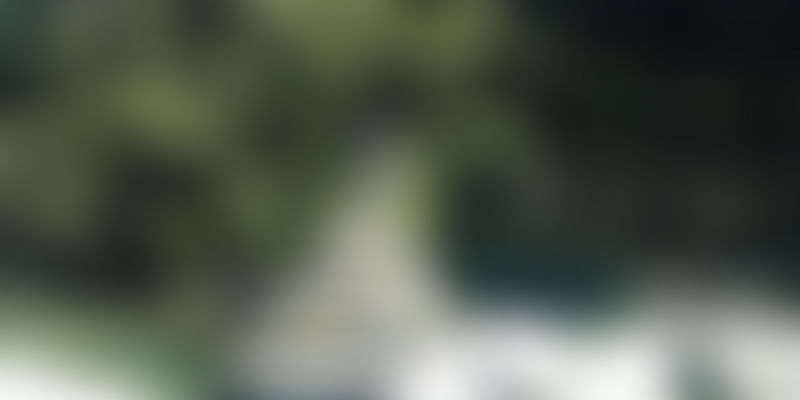 India has abundant natural resources and has experienced rapid economic growth over the past two decades, but has yet to secure social and environmental justice for its 300 million indigenous and forest-dependent people.

Many of our planet’s most beautiful areas are also sites of intense conflicts. In a recent example, traditional herdsmen in February took over the land around Mount Kenya, which is a World Heritage Site and biodiversity hotspot, burning down the tourist lodge and bringing in thousands of cattle to graze.

These tensions also occur in wealthy nations, including the United States, where conflicts continue to simmer over the control of federal lands and national wildlife refuges. But in former colonies in Asia and Africa, the contemporary effects of colonial land acquisitions are made even more complex by continuing social divisions based on caste or ethnicity. They also are worsened by social and cultural differences between staff of forestry agencies and the indigenous and forest-dependent groups who are affected most by these conflicts.

The conventional wisdom among many environmentalists is that there are inherent trade-offs between protecting the environment and securing social justice for indigenous and forest-dependent people. In my new book Democracy in the Woods: Environmental Conservation and Social Justice in India, Tanzania, and Mexico, I challenge that perspective. My research shows that when countries protect the rights of forest-dependent people and support popular participation in the political process, they are better able to handle conflicts over the environment.

Kaziranga National Park in northeast India, a UNESCO World Heritage Site, starkly illustrates the problem. The park is home to an estimated 2,401 one-horned rhinos – more than two-thirds of the remaining stock of rhinos in the world – and a higher density of Bengal tigers than any other protected site in the world.

Kaziranga’s rangers have shoot-to-kill powers to deter and punish suspected poachers. They have killed more than 50 people over the last three years on suspicion of being poachers. Survival International, a non-profit that defends indigenous people’s rights, has long called for a halt to these “extra-judicial killings.”

Although some observers view these conflicts as a cost of contemporary conservation, they are rooted in contested claims to forest lands. The human victims of these conflicts are among the world’s poorest and most marginalised people. They are not poachers and do not oppose conservation. At Kaziranga there have been reports of people, including children, who were not poachers yet were killed.

Instead, struggles in Kenya, India and elsewhere are about frequent violations of local people’s forest and land rights. Protecting those rights does not necessarily conflict with saving forests and wildlife. On the contrary, upholding indigenous forestland rights has slowed deforestation rates, especially in Latin America.

Unfortunately, this strategy is the exception rather than the rule.

This fact raises an important question: why do some societies balance environmental protection and social justice much more effectively than others?

Mexico’s experience shows it is possible to protect land rights without harming natural resources. After the Mexican revolution at the beginning of the 20th century, the government launched an extensive programme of agrarian reforms. Large-scale land redistribution put nearly 70 percent of the country’s forestland under the control of peasant collectives. Along with strong social mobilisation, this process gave peasants a voice in political and policy decisions.

Contrary to fears that political populism would cause large-scale destruction of forests, these reforms in Mexico led to the emergence of the strongest community forestry programmes in the world and contributed to the sustainable protection of Mexico’s forest and wildlife resources. Local groups collectively control and manage forest commons by developing their own management plans. They include sustainable harvesting of forest produce, including timber, for consumption and commercial sale. These community groups also have the authority to create forest management rules that work well in a local context. Government agencies cannot override these rules.

Things are very different in Tanzania and India. In 2014 wildlife safaris and nature tourism generated 25 percent of Tanzania’s foreign exchange earnings and 17 percent of the country’s total GDP. But government wildlife and forestry agencies continue to deprive local groups of constitutionally mandated opportunities for benefits from wildlife tourism, leaving more than a third of residents in severe poverty.

Similarly, India has abundant natural resources and has experienced rapid economic growth over the past two decades, but has yet to secure social and environmental justice for its 300 million indigenous and forest-dependent people. Many people in these groups live in poverty comparable to levels in sub-Saharan Africa.

Sukraam Bhaiya, a member of India’s Baiga tribe, explains why his community should not be evicted from one of India’s tiger reserves.

India is celebrated as a democracy, but its environmental policies are controlled by a centralised bureaucracy. Forest-dependent people are shut out of the policy process and cannot hold India’s bloated and ineffective bureaucracy to account. As a result, agencies engage in manoeuvers such as categorising urban gardens and commercial tree plantations as “forests.” This disguises losses of natural forestland and exaggerates the government’s conservation record.

A nationwide mobilisation of forest peoples in 2006 prompted the Parliament of India to enact the Forest Rights Act, which secures the land rights of forest-dependent people and gives them legal powers necessary for effective environmental conservation. The law recognizes collective rights of forest-dependent groups to manage community forest resources, including the right to sell forest produce from locally managed forest areas.

However, community groups do not have the right to sell timber. More importantly, the bureaucracy has retained a tight grip over policy-making and actively undermined enforcement of the law. My research shows that because these agencies fail to consult with other department and citizen groups, they produce poorly informed policies and programmes.

In contrast, as I show in my book, concrete institutional arrangements that help citizen groups and civil society organisations engage in political and policy processes that promote successful environmental conservation. For example, national and local statutes help rural citizens in Mexico manage their forests autonomously.

Yet, similar arrangements in Kenya, Tanzania and India are ineffective for two reasons. First, forest-dependent people there do not wield any leverage in policymaking and programme implementation or have any political influence. This means that policies fail to create local stakes in effective resource management. Second, citizens cannot hold officials to account. This means that those officials can abuse their regulatory powers with impunity to seek personal gains.

Creating robust arrangements that offer citizens concrete stakes in protecting environmental resources is not easy. But it is worth the investment. According to my estimate, forestland conflicts directly affect 750 million to 1.5 billion people around the world. They also undermine global investments in conservation.

Research by the Rights and Resource Initiative, the Woods Hole Research Center and the World Resources Institute shows that areas managed by indigenous peoples and other forest-dependent groups account for at least 24 percent of the carbon stored above ground in the world’s tropical forests. If forest conservation efforts fail, they will worsen the effects of climate change, thereby endangering national and international security in the years and decades to come.

It is crucial to resolve these standoffs in order to ensure that billions of dollars contributed by governments and private citizens do not worsen the very problems they are meant to solve. Conservation policies designed to protect critical ecosystem services and support rural livelihoods simultaneously are more likely to be successful. Opening conservation up to social scrutiny and political oversight while holding government agencies to account are essential steps for achieving an environmentally resilient and socially just world.

(Disclaimer: This article, authored by Prakash Kashwan, was first published on GOI Monitor.)