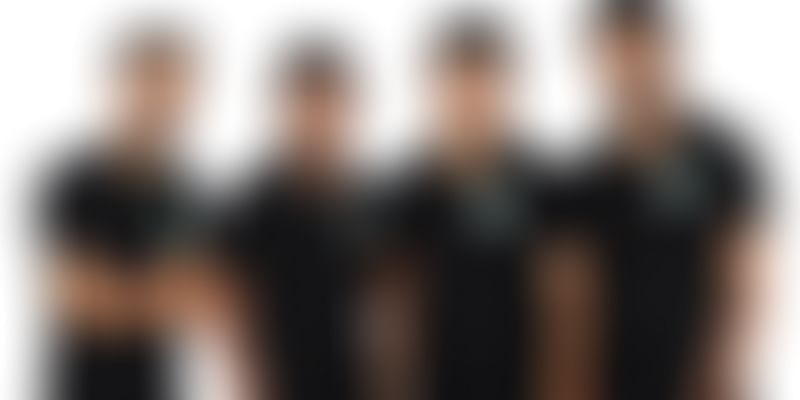 The Boriya Bistar team has also tied up with colleges and PG aggregators and is seeing good traction in the B2B segment as well.

Moving to a new city, whether it is for higher education or a new job, is primarily fuelled by dreams of a better life. But youngsters also have to cope with the sadness of leaving behind one’s home and support system, and the stress and uncertainty of starting afresh in a new place. Boriya Bistar is a startup that will help make this transition not just easier but just a click away.

Founded by Rishav Singh, Shubham Jain, Kanak Kundlia and Ashwin Agarwal, Boriya Bistar is an e-commerce site that offers a starter kit for those who have just shifted to Bengaluru. The product bundles are available in multiple combinations and can be customised as per the customer’s requirements, but they mostly include a mattress, bed linen, utensils, basic cutlery, cleaning accessories, gas stove and even a bucket and mug, all of which might not sound very glamorous but are essentials at a Paying Guest accommodation or while moving into an apartment. The bundles are delivered within 24 to 48 hours of placing the order. Electronic items like microwave ovens and induction stoves can be ordered as well.

The startup idea came to the four founders, who are in their mid-twenties, based on their own experience of moving to Bengaluru for their engineering course from their hometowns. Since they were not well-versed in Kannada, buying the basics immediately on moving to the city had been a challenge. Many youngsters also get overcharged or get saddled with poor quality products by unscrupulous shopkeepers.

The former classmates in telecommunication engineering at PESIT joined organisations like Accenture, HP, NTT Data and Deloitte but their startup dreams, which were placed on the backburner, refused to die down, and Boriya Bistar came to life in April 2016.

Rishav says, “Before starting our operations, we carried out a few pilot projects in and around Indiranagar. The positive response was very encouraging.”

Based out of Bengaluru for now, the nine-member team wishes to expand operations to Pune and Mumbai as well. Rishav says, “We are a dynamic team and handle sales, marketing, operations, and technology between ourselves. We plan to recruit for our tech and business development roles.”

Scaling up the learning curve

The last 15 months have been a learning experience for the team. They showcased their products on e-commerce portals, but found the experience was not financially viable and also that it diluted their brand value. They have also decided not to sell their products in brick-and-mortar stores and are focussed on strengthening their online customer base.

Currently bootstrapped, the team has been getting a lot of interest from other Indian cities and even abroad but they do not have the bandwidth to cater outside Bengaluru. They did tie up with inter-city private bus services to deliver products to nearby cities like Thiruvananthapuram and Chennai, but had to stop the same since the products were getting damaged.

The products are sourced from multiple suppliers based in Tamil Nadu—Tirupur and Trichy. One product that is seeing very good traction is their cotton mattress. They are being manufactured at their own warehouse. Unlike the spring and coir mattress segment that has well-known brands like Kurl On and Duroflex, cotton mattresses are seen in the unregulated market and are sold by small-time retailers. Rishav says, “We want to make a mark in this segment and are focussing on this part of the business.”

Since our inception, we have had a revenue of Rs 85 lakh in 15 months, and now we deliver over 150 orders in a month.

The Boriya Bistar team has tied up with colleges and have their stalls in the campuses of institutions like Christ University, Dayanand Sagar and the alma mater of the founders, PESIT, at the start of the new term. They have also partnered with PG aggregators like Homigo, OYO, Zefo, Guarented and Your Own Room. This is a segment with high returns and the team has been getting a good response in their B2B tie-ups.