Delhi-based Pebble ensures your smartphone never runs out of power 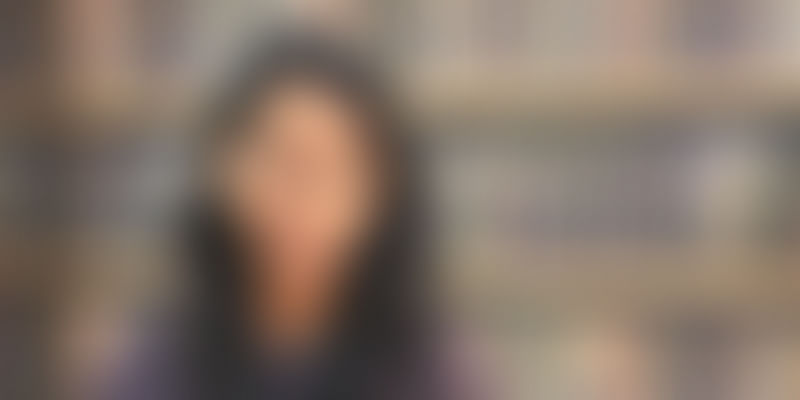 Gone are the days when mobile phones used to last at least a couple of days on a single charge. Now, with smartphones increasingly becoming a substitute for the PC and the desktop, most devices need to be charged more than once daily. But this fact makes most people, especially professionals, paranoid about battery chargers whether at home, office or just about anywhere.

Komal Agarwal, whose family has been in the business of power back-up devices for more than three decades, sought to address this latest anxiety of the tech generation by launching Pebble, a mobile accessories brand that makes power banks, among other things.

“I remember running out of battery on my phone, it frequently needed charging through the day and most of the times I used to forget to carry my charger. Unavoidably, I concluded that with the growing rate of smartphones, power banks would eventually become the need of the hour,” says Komal, Director – Marketing, Pebble.

A Future Market Insights (a global market research firm) report, ‘Mobile Phone Accessories Market: India Industry Analysis & Opportunity Assessment, 2016-2026’, puts the size of the mobile phone accessories market in India in 2015 at $1.20 billion and expects it to grow to $3.54 billion in value by 2026, expanding at a CAGR of 10.4 percent. The report says that portable speakers and batteries are also expected to gain traction in India’s mobile phone accessories market and together be worth nearly $450 million by 2026.

The brand is available for consumers through retail chains, online platforms through Pebblecart and Amazon, and also mom and pop stores. Pebble is known in the market for its low-cost power banks and mobile accessories but the brand’s focus on affordability hasn’t made it compromise on quality.

Manufactured in China through subcontractors, Pebble products go through rigorous quality checks by the factory and in-house QA team, acquiring necessary certifications like BIS, CE, etc. With a portfolio of over 60 SKUs, the products are then warehoused in Delhi. They are sold in the market after getting an ISO 9001 certification.

The brand has also started retailing its products through the travel sector by tying up with popular retail chains and retail arms of Jet Airways and Air India. It makes Pebble products available to travellers through the airlines’ 33 retail outlets as well as through duty-free and in-flight shopping.

Pebble has also ventured into corporate gifting, partnering with nearly 500 corporate gifting companies and is catering to big corporates including Mahindra & Mahindra, Hindustan Unilever, Reliance, among others.

A businesswoman and an entrepreneur

Komal, a second generation entrepreneur and IIM alumnus, had no plans to work for any companies after graduating. Instead she wanted to help her father, Ajay Agarwal, and take the family business, SRK Powertech (a 35-year-old manufacturer and exporter of power back-up devices) to newer heights of success.

In 2013, Komal joined the business but soon the 28-year-old was keen to start something of her own. She discovered that the mobile phone market was ripe for power banks and other accessories, which led her to launch Pebble as a new business vertical of SRK Powertech.

Pebble’s flagship product – power banks – faces competition from a number of global giants, such as Xiaomi, Lenovo, Portronis, Amgrain, who have become sought after players in India’s mobile accessories market. Pebble aims to up its game by playing on low price points coupled with high quality. Also, what works in favour of Pebble is the fact that a majority of these international brands are available only online.

Pebble is carving a niche in the offline market with its omni-channel model and dedicated customer service, which involves doorstep replacement facility.

Gearing up for the future

Close to 80 percent of Pebble’s funding has come as capital and unsecured loans from SRK Powertech while the working capital has been provided by banks.

Today, Pebble’s products are available in more than a dozen Indian states. The brand is soon planning to go international, by foraying into the Southeast Asian and Middle Eastern markets.

With more than 10 product categories, Pebble expects to clock an annual turnover of Rs 30 crore in the current financial year.