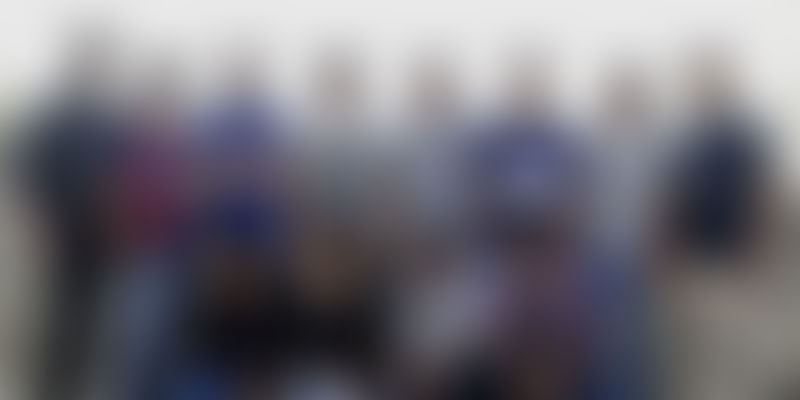 While platforms like Instagram and Prisma have put photo editing tools into the hands of the masses, Cornea AI wants to help people share better pictures.

“Seriously? You are wearing that shirt for the meeting?” is what the fashion police in the office ask me when I enter wearing something different. The fashion police, which the Cambridge Dictionary refers to as people or organisations that discuss and criticise the clothes people wear, are now being replaced by the ‘Instagram police’. These ‘officers without badges’ are known to judge badly shot or edited photos one puts up on social media.

Cornea AI, a mobile app available for Android and iOS devices, claims to take the guesswork out of photo sharing. One of the features it offers is the popularity predictor, which lets people tweak and edit photos to increase their chances of getting more likes or going viral.

The goal is to help people and eventually brands get better return on investment on the photographs or videos they shoot. Here is their story.

In January 2017, Angam Parashar, Ankit Narayan Singh, and Muktabh Mayank Srivastava, active users of Klout, a website that uses social media analytics to rank users on a scale of 1 to 100 based on their online social influence, came up with the idea for Cornea AI. The fact that renowned AI researcher Andrej Karpathy had worked on something similar for selfies gave them confidence about the market potential as well as a starting point for and his work also gave them a starting point to work on their product.

The trio thought of making a popularity score, similar to the Klout Score, that could predict the likes and comments a photo can fetch, based on public data sourced from Instagram APIs. Talking to YourStory, Ankit remarked,

Having worked in the AI space for two and a half years, we knew the potential of deep learning algorithms to find out features that make a photo go viral on Instagram.

While Angam and Ankit are graduates from IIT Kharagpur, Muktabh counts BITS Pilani as his alma mater. The trio worked for different companies across two continents before coming together to start Parallel Dots, the parent company behind Cornea AI. In their previous avatars as employees, Angam worked as a consultant at Opera Solutions, Muktabh was a data scientist at Opera Solutions, and Ankit worked at an MNC in Australia for a few years.

Cornea AI consists of an eight-member team that worked on the product for close to six months, trying out several algorithms on a dataset of 3,00,000 viral images. Ankit noted that they had eliminated celebrity pictures from their dataset to prevent anomalies and get more accurate insights.

Cornea AI was launched in August 2017 to the public and Ankit noted that their popularity predictor algorithm works well on humans and landscape photos but at this stage may not perform optimally on other types of photos. To improve accuracy for other use cases, they are looking at improving their datasets and algorithms.

Ankit shared that Cornea AI currently has more than 10,000 downloads across 138 countries on both Play and App Stores. Based on activity, the app seems to be most popular in countries like India, Russia, Turkey, the USA, Saudi Arabia, and the Netherlands.

Ankit explained that, so far, they haven’t invested in marketing and their current user base is mostly organic and word of mouth. He said,

We were hunted on Product Hunt by the inventor of the hashtag, Chris Messina, and he tweeted about us.

ParallelDots is headquartered in Gurgaon, India but also has some presence in Seattle, USA and the startup noted that it has raised an undisclosed amount in seed funding from a US-based hedge fund.

Cornea AI is currently free to use for end consumers and is devoid of ads. Talking about the revenue model, Ankit explained that the focus is on further enhancing the product and based on their current burn rate they have a two-year runway. Once the platform has a substantial user base, Cornea AI aims to monetise through a ‘filter store’ to let designers and developers create custom paid filters and work on a revenue-sharing model. The startup also aims to explore custom filters for brands, similar to what Snapchat offers.

On opening Cornea for the first time, users are directly taken to the camera (similar to Snapchat’s user interface). Users can then click a picture directly or pick an image from their gallery. They are then shown a ‘Cornea Score’ or popularity predictor for their pictures on a scale of 1 to 100. Users can play around with different filters and see how their score varies across different filters.

I sought feedback from those who regularly edit photos and videos. One entrepreneur who leverages Instagram heavily for marketing noted that she would prefer if the algorithm could automatically apply different filters to pictures and showcase the highest-rated picture automatically. At this stage, users need to manually apply different filters to the picture and wait for a few seconds for the Cornea score to show up.

Cornea also has an inbuilt DIY feature which allows users to upload any photo that they like and use it as a filter. Ankit claimed,

Our filter technology works similar to other photo apps like Prisma and Pixlr but an important point to note is that apart from letting you choose from a collection of recommended filters, we also let users choose any photo and turn it into a filter, something Instagram or Prisma cannot do at the moment.

Another easy way to gain eyeballs on Instagram is by using relevant hashtags. On its website, Cornea AI claims to offer the “world's best hashtag recommendation” to help people get more likes on their photos. I found that the app was able to throw up relevant hashtags by recognising elements in the picture in most cases, but there were instances where it threw up irrelevant hashtags too. So, till the accuracy is higher, one needs to take this claim with a pinch of salt.

So, Cornea AI is a well-executed minimum viable product (MVP) that gives people a baseline and insights on the kind of pictures they are sharing. While there is room for improvement, Cornea AI has done a decent job of bringing multiple features together under one app.

Social media platforms like Facebook, Instagram, Snapchat, and Twitter are where people spend a lot of time consuming and sharing content. According to a recent study by Mediakix, an influencer marketing agency, the average user spends about 35 minutes, 25 minutes, and 15 minutes respectively on Facebook, Snapchat, and Instagram. According to this estimate, an average social media user spends about five years and four months of his or her life on social media. While players like Instagram and Prisma offer photo editing features, ePicEffects has similar offerings to Cornea AI.

Talking about their long-term product roadmap, Ankit shared that they aim to enhance their current offerings and also introduce new features such as auto-crop and auto-enhance. Given the popularity of short-form video such as Instagram and Snapchat stories, I enquired if their technology could be applied to videos too. Ankit noted that it is possible and remarked,